The Marvel Cinematic Universe is the most successful franchise of all time, so I’m guessing you’ve seen a couple of the movies. Hopefully you’ve stuck around for some post credits scenes.

By my estimation, Thanos has appeared in 12,421 post credits scenes, so I think Marvel is hinting that he’s going to be the big bad that the Avengers will square of against. Assuming Earth’s Mightiest Heroes prevail, Marvel will need a new Phase 4 villain. Here are 7 suggestions:

7 Potential Villains for Phase 4 of the MCU

7. Hela is making her appearance in Thor Ragnarok. Assuming the Odinson prevails, Hela will slink away to lick the wounds of her defeat, which she will do doubt take as personal, seeking revenge.

She looks like something straight up off a Gwar album, she is crazy powerful if she can crush Mjolnir in her bare hands, and she’s the scheming type. She is the type of villain who could absolutely carry several movies.

6. Sin is a character most casual movie goers won’t be aware of but would be an interesting call back for the movies.

Sin is the daughter of the Red Skull. Although the Red Skull was vanquished at the end of Captain America: The First Avenger, everyone knows that if you cut off one head of Hydra, another grow to take its place.

And Marvel loves wedging Hydra front and center in their stories. They’d need a comic book rationale for how she came to be in the MCU, but she’d make a great villain for Phase 4.

5. Dormammu was seemingly offered a stalemate in Doctor Strange, but who says he’ll honor the bargain?

Listen, you can’t trust a guy like Dormammu and while I trust Benedict Cumberbatch wholly and completely and with all my heart, we also know that Doctor Strange is going to lose the title of Sorcerer Supreme at some point. It’s only happened like 12,000 times in the comics.

So when Strange takes his Eye of Agamotto off the ball, Dormammu could creep back in for the MCU Phase 4. 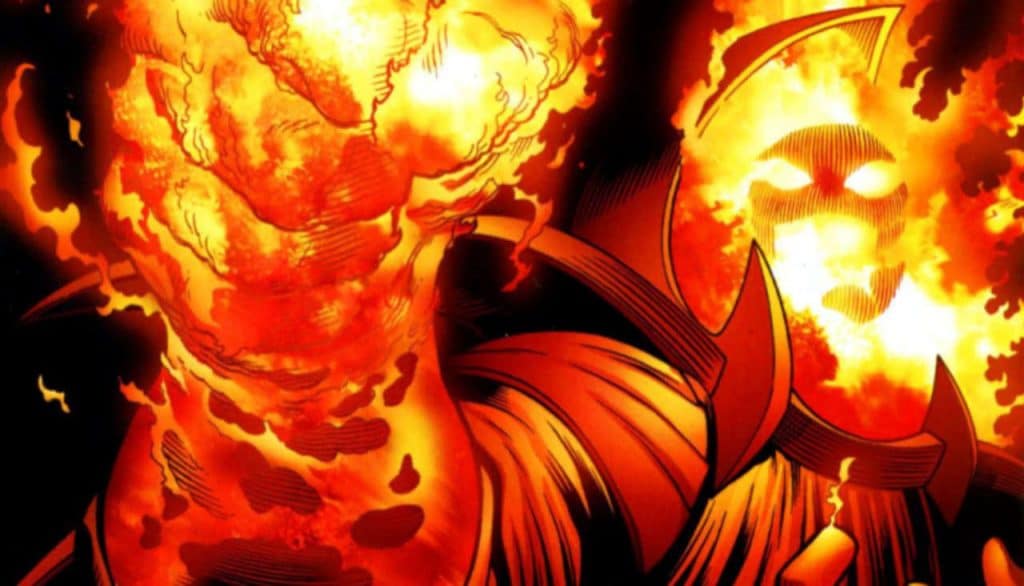 4. Adam Warlock was introduced in a Guardians of the Galaxy post credits scene, but most folks won’t realize he has a shadow side: Magus.

Adam Warlock in the comics was meant to be a hero, a counterpart to Thanos, champion of Death. But GotG 2 has opened a really plausible scenario for bringing forth his Magus alternate version, which came forth in the comics after Adam Warlock was bombarded with dark propaganda, a process that turned him insane.

Now calling himself Magus, he established himself as a god, surrounding himself with followers called the Universal Church of Truth. He could bring a ‘holy war’ to the MCU. 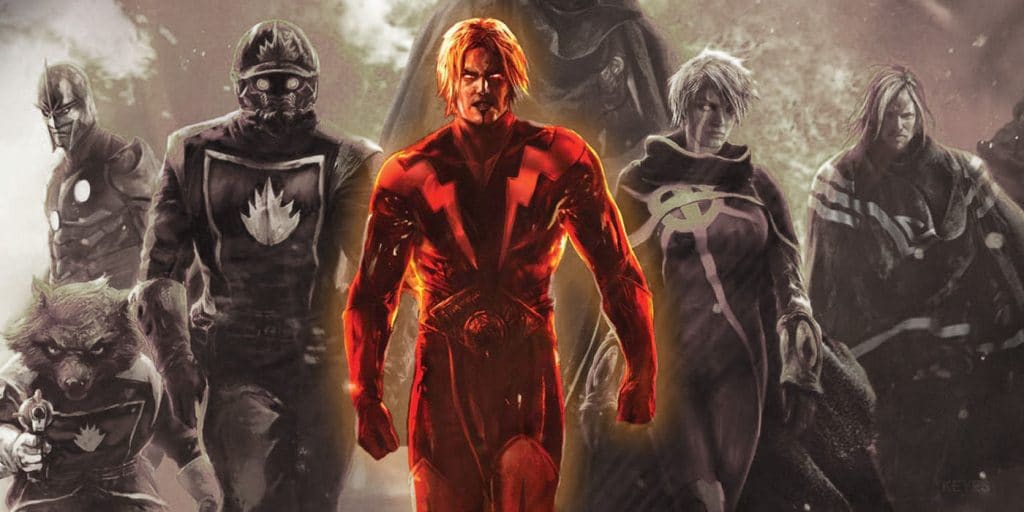 3. Ultron was defeated once in the movies, but who really thinks he is gone for good? ’nuff said.

2. Molecule Man doesn’t seem like the typical big bad type. He’s a seemingly normal dude, yet one beset with nearly unlimited power. Molecule man could make for a more personal story of power that could make the villain a little more relatable, something that the MCU movies haven’t been known for.

But Marvel really excels at making personal, relatable characters and Molecule Man could show an interesting character arc as a seemingly everyday person who is driven slowly into villainy via tragedy over a few films. I’d watch that character arc. 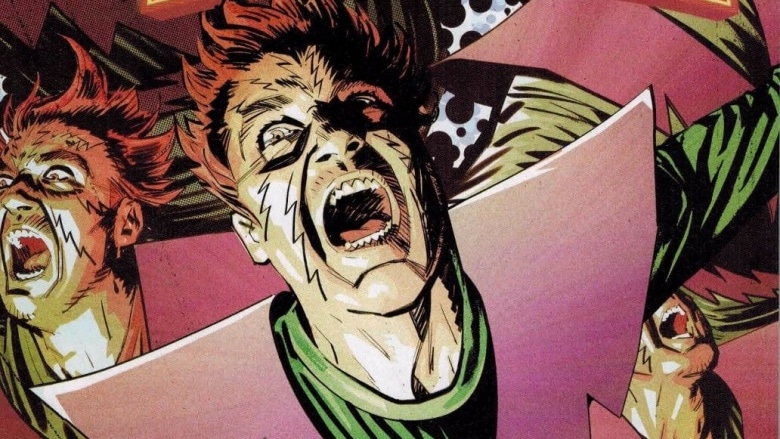 1. Kang the Conquerer is a time traveling foe of the Avengers. And he is amazing. But does the MCU really want to introduce time travel and the whole can of worms that goes with that? Probably not, but darned if I wouldn’t be stoked for it anyway. 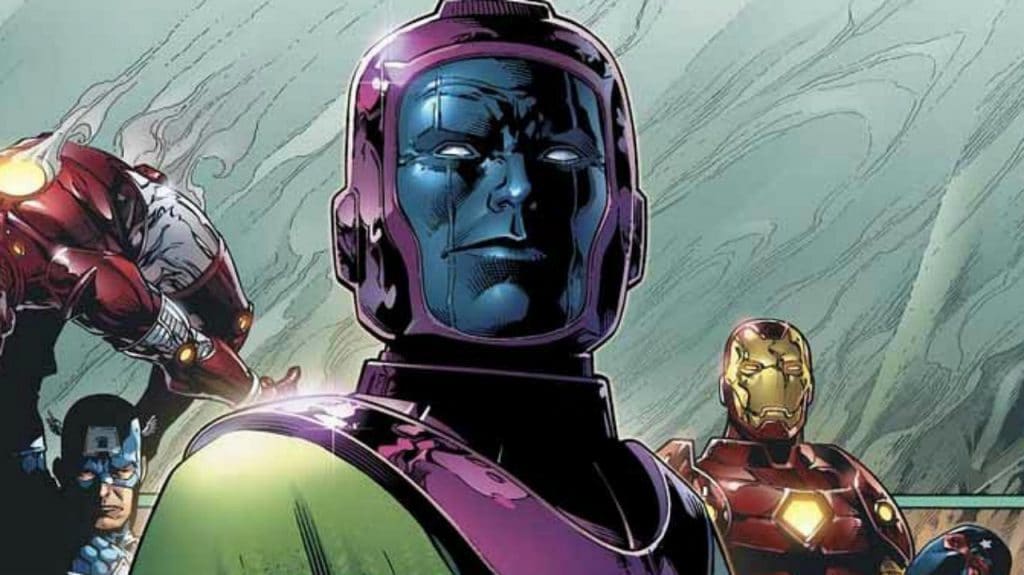 Things with Marvel are never simple. Who knows if some of the characters are tied up in studio usage right, after all? But we know Marvel needs a new big bad after Thanos.

But they won’t have just one. Even though the above might serve well as an overarching villain, individual movies will have smaller villains that serve those individual stories.

Or maybe we just wipe away the entire slate above and just let heroes fight other heroes. Marvel really likes to do that.

New to Comics? Looking for Comics that are new to you? NPR has a list!