New to Comics? Looking for Comics that are new to you? NPR has a list!

Last week, NPR published their 100 Best Comics and Graphic Novels. They cultivated the list by asking people far and wide for their favorites and then an illustrious panel of folks, including G. Willow Wilson, the writer of Ms. Marvel, worked together to make a final list.

Here at Nerds on Earth we were especially excited to see the list because we have long been fans of a similar list that they released several years ago NPR’s Top 100 Science Fiction and Fantasy Books. EarthNerdAdkins has even shared about how he is attempting to work his way through that list.

So–as lovers of comics and graphic novels– there were some comics and graphic novels that were obvious no-brainers, like The Watchmen and The Dark Knight Returns from DC Comics. But there also a ton of comics on the list that I haven’t read yet that I am looking forward to diving into. Thankfully, they broke the list down into categories and here are some of the outstanding selections in each area: 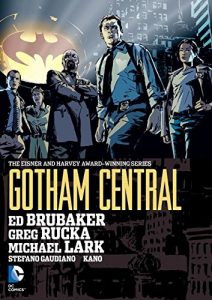 Superheroes. This list is just chock full of some stellar titles, new and old. It was great to see Darwyn Cooke’s New Frontier as well as the older X-Men story God Loves, Man Kills. But the list is also running over with new titles as well, including last year’s Vision series by writer Tom King and artist Gabriel Hernandez Walta.

From this list, the comic I am going to check out is going to be Greg Rucka’s Gotham Central run. As an unabashed Greg Rucka fanboy, and having heard about this series for years, this moment is what is going to push me over the edge and make me dive in.

Nonfiction. I will be checking out Hip Hop Family Tree for sure, as I have a deep love for old school hip-hop. And I was delighted but not surprised to see the phenomenal March series about the life and work of Rep. John Lewis on the list.

Webcomics. This whole category is a delight to discover on the list because I genuinely know very little about web comics. The diversity of the comics listed here shows that webcomics may be a platform where creators can easily share their work and not have editorial pressures to fall into the previously constricted spaces. The one series that I am diving into is Stand Still, Stand Silent, which just fits me to a tee in terms of what the overview says about it. But there are tons more of these that I am looking forward to digging into and following moving forward. 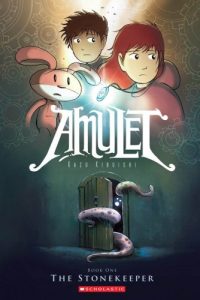 All Ages. These books are fairly familiar to me because as the world’s greatest uncle, I regularly give comics and graphic novels as part of birthday gifts. I can affirm most of the newer books on this list but I am looking forward to diving into the Amulet series and the graphic novel American Born Chinese by Gene Luen Yang, both of which I keep hearing about among the voices of critics of comics that I respect.

The list goes on and on for there. If you are new to comics and graphic novels, this list is a broad and comprehensive list where you can try out and find things you really like. If you are a more veteran or seasoned comics reader, there will be new titles for you to try and be invested in.

Here it is again: 100 Best Comics and Graphic Novels.

The Drift Episode 7: Crossover with The More You Nerd Podcast