Recently, we have seen three rather remarkable series come to an end, and each different in their own way. Robert Kirkman’s Invincible came to an end with its 144th issue. Jason Aaron is coming to a close on his run on the various Thor comics, coming in at 88 issues and Dan Slott is ending his epic run on Spider-Man and each of them can teach us something as an audience and, hopefully, give publishers pause on how they handle books moving forward. 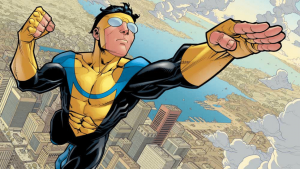 Robert Kirkman is most famous for his comic The Walking Dead and the massive hit television show that spawned out of it along with a spinoff series (You bet I still got shade for Fear the Walking Dead). But around the same time that Kirkman began creating The Walking Dead, he began to tell the story of Mark Grayson, a high schooler who discovers that he has superpowers.

But over the course of the next 144 issues, we see the character grow up, change and experience cosmic adventures. It is a remarkable run for a creator and certainly something that we will rarely see anymore. Because the character of Invincible is creator owned, Kirkman was able to do some remarkable things; the character experienced real growth and change, without ever having to experience a massive reboot that has become so common when writing characters for the major 2 publishers of DC and Marvel. But that isn’t to say that substantial, important runs aren’t possible at those publishers. Jason Aaron on the Thor books and Dan Slott on the Spider-Man books are two recent runs that are ending that demonstrate that it is still possible to do epic, long form stories. 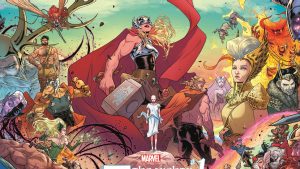 Jason Aaron was a strange choice when announced to be taking on the Thor comic in 2012. He didn’t seem to fit the genre-specific Thor at the time but he quickly proved everyone wrong as he used the Thor series, as well as the Original Sin crossover, to help reshape and give the character Thor a new vision.

WIthout a doubt, Aaron’s largest contribution was having Thor lose the ability to pick up his hammer and having a woman (eventually revealed to be Jane Foster) pick up the hammer and mantle of Thor. Here at Nerds, we have written about various parts and aspects of Aaron’s run but it is fairly amazing that he was given such a clean slate to tell a long running story in a major superhero comic, even as the Thor movies were coming out and growing in popularity. (Thanks to this site for an excellent reading order of all the Jason Aaron Thor comics.) Sadly, it does feel a bit like Aaron’s run on Thor ends with him having to put all the pieces back to where they were before, but it is a testament to how a good writer of comics can do an excellent run, praised by both fans and critics, when largely left alone to their own devices. It should be a lesson that Marvel and DC learn especially because it is ending as the same time as Dan Slott’s Spider-Man run. 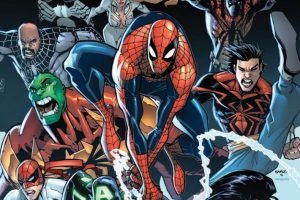 When Dan Slott picked up the mantle to write Spider-Man, it could not have come at a worse time in some ways. Slott was a part of the team of writers taking on Spider-Man after the infamous One More Day story, where Peter Parker and Mary Jane Parker make a deal with Mephisto to save Aunt May’s life by essentially resetting theirs, including making it so their marriage never happened and lots more. To say that that story isn’t well regarded by the comic public is an understatement.

But Slott began writing Spider-Man then and continued as other creators dropped off until he was the sole writer of the Spider-Man comics for Marvel in November of 2010. Publishing twice a month, Slott managed to guide Peter Parker and crew on some epic stories, including the body swapping Superior Spider-Man story among others. Where as Slott inherited a challenging start, he took it and ran with it, taking risks and telling some remarkable stories. His run will end soon and it has been announced that he will shift over to the Iron Man comics.

All of these runs should teach us something about great comic book runs.

First, creators are largely left alone to tell their stories. Because of Kirkman’s ownership of Invincible it isn’t such a big deal but with Slott’s Spider-Man and Aaron’s Thor runs, they are successful in part because they let one creator focus on those characters without the distractions that can overwhelm modern comic creators. The major crossovers still happened at Marvel but Slott and Aaron were largely allowed to stand to the side of them or, in the case of Aaron’s Original Sin series, use them as a major focal point of his story. Too often we see great creators struggle with the notion of telling a great, epic long form story because they have to pause so Marvel can reveal how it has figured the most recent way for heroes to punch other heroes. Instead, they should trust characters and creators to breath.

That isn’t to say that long runs are perfect. It is a bit of twinge in my comic loving heart when I think about how inevitably someone is going to be asked to resurrect Jane Foster and, in a way, undo some of the greatest of Aaron’s Thor run. Sadly, I am sure Kirkman may have to revisit Invincible when they inevitably work to bring it to television or movies. Slott’s run wasn’t perfect and there are aspects especially later that made me feel like I didn’t understand his take on Peter Parker. And in two sentences I have managed to show you the modern comics debate: tell me new stories but don’t change them too much. But, that said, I sure do wish Marvel and DC would learn a little bit from the lessons these runs can teach us.