After a bonkers combat – albeit largely so due to some self-assessed stupidity – the party once again finds themselves in a building within the confines of Skirgaard along with a couple dead bodies.  What edifice will they strike next?  Find out in Episode 150 – Shrine on You Crazy Diamond.

The party hatches a plan to strike a moral blow to the camp.  Will they continue to move clandestinely throughout the frost giant village or will their streak of victories come to a dangerous end?! 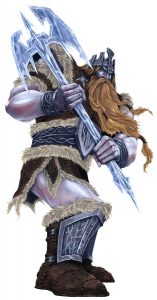 Marvel Movies are the GOAT

Pathfinder Book Round Up: Core and Supplemental Reviews