We make lists of 7 here at Nerds on Earth. Here’s another: 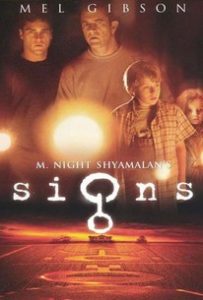 Signs The third act of this movie was a little hokey in how conveniently all the story threads were woven together in order to manufacture a forced M. Night Shamalamalamaalon shock. But darned if it didn’t work anyway.

And the movie was beautifully shot and built incredible tension throughout. Plus, it was wonderfully acted, featuring a pre-crazy Mel Gibson. But the greatest strength of the movie in my opinion was that–despite featuring a global alien invasion–it was a small and personal movie, focusing on a single family. 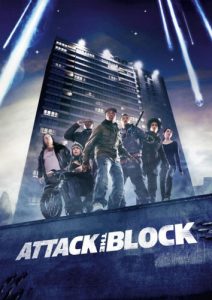 Attack the Block While this British independent movie might fly under the radar, it really shouldn’t. It’s another “small” movie, in that it focuses on a single city block and what happens when aliens attack it.

It’s a character movie, featuring a young John Boyega and a pre-Doctor Who Jodie Whittaker.  Whittaker is a young nurse who is mugged by a Bodega-led group of hoodlums, yet they all band together to fight back against aliens. And it’s wonderful! 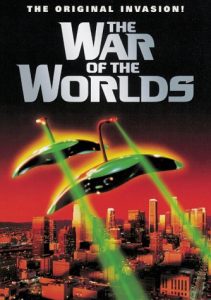 War of the Worlds This is a movie that has to be thought about in its proper cinematic context. It began as a HG Wells novel, then was converted into an Orson Welles radio drama that created literal hysteria in 1938, as many listeners were convinced it was real and that aliens indeed were invading.

And although there have been five movie adaptions, including one in 2005 that was directed by Steven Speilberg and starred Tom Cruise, it is the 1953 film that makes this list. Sometimes it’s important to respect your elders, nerds, and the 1953 War of the Worlds is a legitimate treasure. 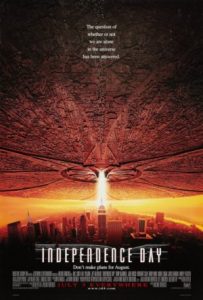 Independence Day Good bless Will Smith, who has saved planet Earth time and time again. Yet, Independence Day might be his most heroic effort of them all. I mean, here is the official movie synopsis: “The aliens are coming and their goal is to invade and destroy Earth. Fighting superior technology, mankind’s best weapon is the will to survive.”

The movie is Will Smith at his most charismatic and it features legitimately thrilling entertainment and the kind of chest-thumping lines that actually work. It’s the kind of movie that is enjoyable any time you watch it. 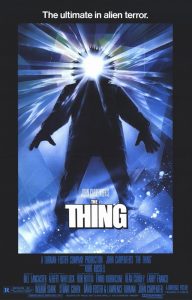 The Thing This 1982 John Carpenter film that starred Kurt Russell and Wilfred Brimley is undoubtedly the scariest movie on this list. And it was panned upon release, as critics responded poorly when comparing it to films like E.T., which presented optimistic portrayals of aliens.

But The Thing just kept on coming. It gained a cult following and over the years has been reappraised, now being seen as not just a highlight of the horror genre, but one of the best alien invasion films ever created. 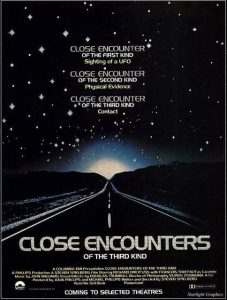 Close Encounters of the Third Kind This is a masterpiece of a movie and a perfect example of Steven Spielberg and so many now geriatric actors who were then in their primes, at their best. Let’s take a moment to acknowledge that in less than a decade’s time, Spielberg directed Jaws, Close Encounters, Raiders of the Lost Ark, and E.T., any of which would be the singular best film of any other director’s career.

And while Close Encounters may not have had the commercial success as those other films, it is an absolutely brilliant movie. Starring Richard Dreyfuss, it does a story of an alien encounter that wasn’t matched until decades later with the recent release of Arrival, starring Amy Adams. 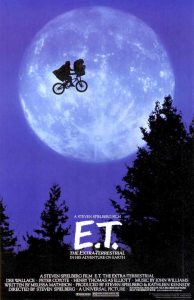 E.T. the Extra Terrestrial Listen, I still cry at this movie. While it might not have the lasers, fighter jets, and theatrics of the other movies, it’s the most humane alien film ever made. It’s a story of family and friendship and if you don’t cry during this movie, your heart might not be wired up right.

Plus, it established Reese’s Pieces as a candy of choice for millions of Americans.

Hollywood has produced a shocking amount of “alien invasion” films and honestly, I’m there for just about all of them. A good twenty films were considered for this list and, although it’s hardly considered a deep genre, it really is remarkable how many of these films are very much a part of the American fabric.

Plus, new ones keep bursting out of hyperspace onto the scene. Avengers: Infinity War is a film that I almost wanted to include on this list, sight unseen. And I hope they just keep coming!