Nerd Nostalgia: The Howard the Duck Film of 1986 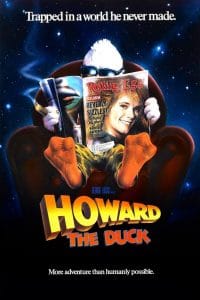 Way back in 1986, Marvel had a shot at making a hit film. George Lucas was eager to bring a Marvel character he loved to film and after Universal Studios had missed the Lucas train on some of his other hits, they were excited to form a partnership with him to bring this comic book hero to life.

Was it a Marvel icon like Spider-Man? A bizarre side character like Doctor Strange? The runaway hit mutant of the time, Wolverine? No. It was none of those.

George Lucas wanted to create a movie built around Howard the Duck.

Howard the Duck was created by comic writer Steve Gerber and artist Val Mayerick in 1973. After starting as a back up comic in the Giant Sized Man-Thing comic, Howard eventually became popular enough to become his own series, as we followed this alien from another world on our Earth as he lives out a satire filled existential crisis.

Filled with comedic beats, it is easy to see why Lucas wanted to create the movie. But things went awry.

The first crisis: Universal needed a tentpole film for the summer of 1986. Originally intended to be an animated feature without the hype of being a summer blockbuster, Lucas was able to convince Universal to turn Howard the Duck into a live action film, using Industrial Lights and Magic to do the effects.

The second crisis: the writers who were adapting the character for the movie didn’t quite understand the existential nature of the comic Howard the Duck. They went with a literal interpretation of the character, so suddenly, the deeper nuisance of the film is lost and you wind up with a weird story about a duck from another planet here on Earth, losing all the satirical commentary that made Gerber’s comics so good. 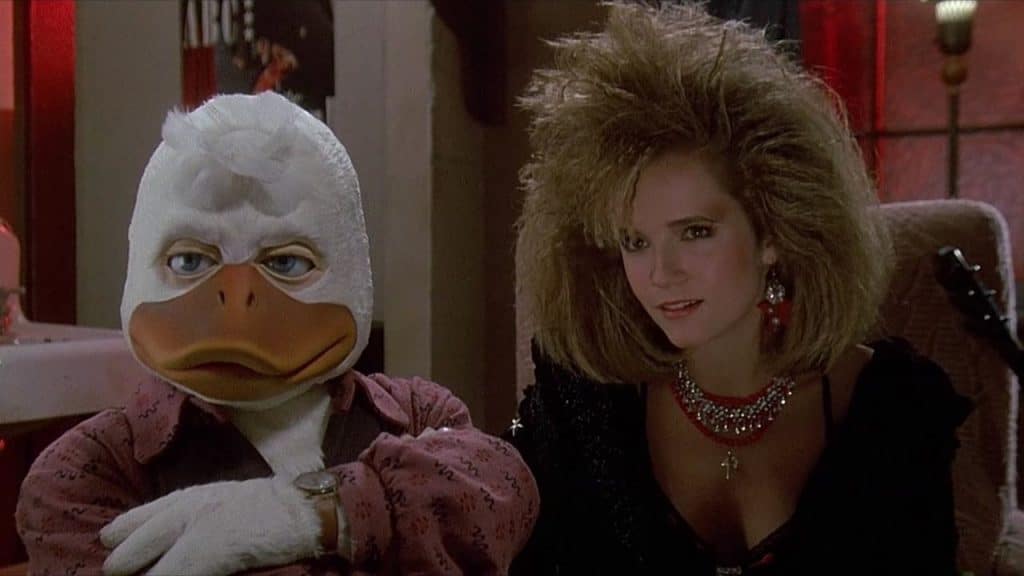 Howard the Duck is considered one of the biggest flops of all time. By the the live action movie made it to screen, they had spent nearly 36 million dollars on the movie, which made just 37 million dollars at the box office. That 1 million profit wasn’t enough and, eventually, it was tied to the demise of some of the executives at Universal at the time.

All of that said, Howard the Duck has some pieces that still make it worth considering a classic.

The cast. Ed Gale played Howard, though he is most famous for his portrayal of Chucky, the doll who kills. The rest of the cast included Leah Thompson, who played the female lead and Tim Robbins, in an early role. (And Thompson’s vocals from the rock band scenes are left in, proving her diversity and range!)

The soundtrack. Thomas Dolby, coming off his hit record “She Blinded Me with Science” was put in charge of the band Cherry Bomb, and wrote all the songs and cast the band. He even went so far as to create a custom guitar for Howard to play in the closing scene. (And the big finale: written by Dolby and the leader of Parliament Funkadelic George Clinton!)

There is a walking, talking duck. I mean, it isn’t great and it isn’t terrible. But Lucas and crew managed to make a pretty good attempt to create a real life duck. While much of the movie is lampooned, this part of the criticism seems especially unfair. 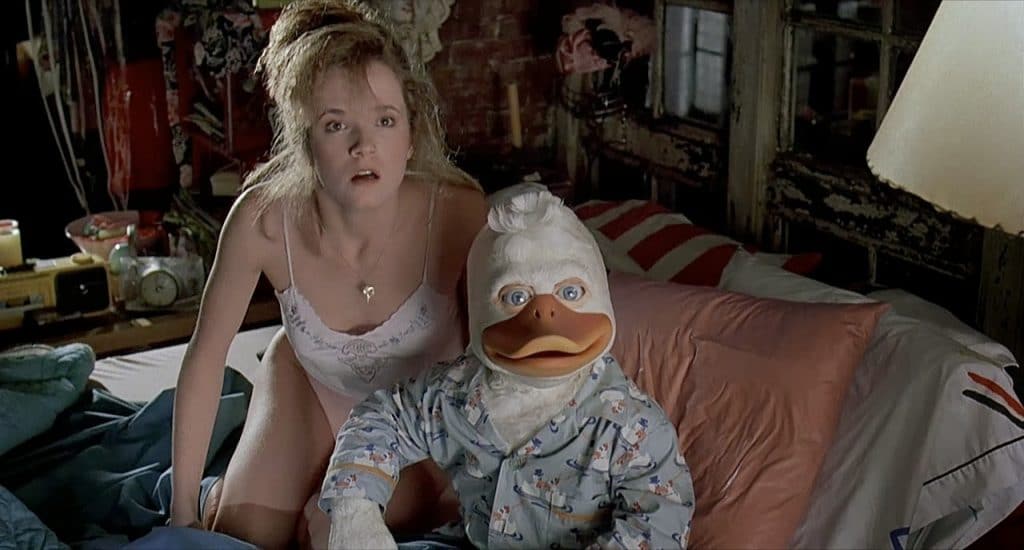 Needless to say, the movie was not critically well received. As of the time of this writing, Howard the Duck has a 15% on Rotten Tomatoes, a score which has only risen recently, as it has become a cult favorite.

The year of its release, it received 7 Golden Raspberries nominations and won 4; it was only stopped from the unanimous win of the worst movie of the year by tieing with the Purple Rain follow-up, Under the Cherry Moon. It has only been recently revisited because of Howard’s place in the cutscene at the end of the first Guardians of the Galaxy movie, where Howard shows up as part of the Collector’s collection.

But, Howard the Duck is still a classic to me and one worth watching. It is full of some 1980s cheese and schmaltziness but I love the way the movie executes what it is trying to do, even if its aim isn’t particularly noble. It is available to rent from Amazon.com and is worth the $3-4 bucks.