Like most major comic companies, Marvel has often mined the wells of the animal kingdom for some characters. Earth Nerd Adkins did a great list of some of the little known animal-based characters and I am going to highlight some that still aren’t the most well known but are maybe a bit more mainstream. 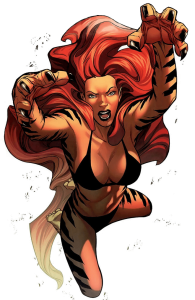 Tigra is an Avengers and mainstay on the Avengers West Coast roster for years. Most recently, she has shown up as an instructor for the Avengers Academy.

And Tigra is aptly named, having an appearance like a tiger and a power set that fits that mold, mainly agility, enhanced senses and claws. 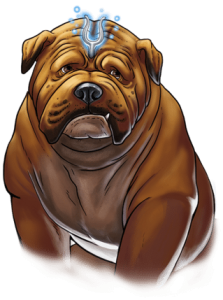 Lockjaw is an interesting character to put on this list because he has been treated various ways by writers over the years. He is mostly shown to be a pet to the Inhumans but some writers have chosen to write him as a man whose Inhuman mutation makes him look like a dog.

His power set? Completely not dog-related; he is the main teleporter for the Inhumans. 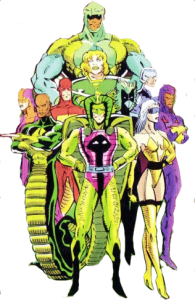 I am cheating here by taking a whole team. But one of my favorite runs of any comic era is Mark Gruenwald’s run on Captain America during the 1980s and 1990s. One of the antagonists of that era was the Serpent Society.

The list of the characters in the Serpent Society’s history is massive. In general, it is safe to assume that if a character had a snake theme, they have been in this group at least once. Most notable is Diamondback, who turned into a hero for a while and dated Steve Rogers, making her the most punk rock of Captain America’s ladies. 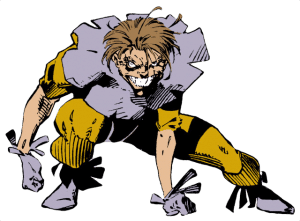 Toad is famous for most of the world by being zapped by Storm in one of the worst pieces of dialogue ever written by Joss Whedon.

But most recently, Toad has shown up in the excellent Wolverine and the Avengers run written by Jason Aaron. He serves as the janitor and a more human side is shown to him, as he is just a man with a deforming power that is a big gross (long tongue and jumping ability) that just wants to be loved and cared for.

And as an old-school X-men villain, he goes way back to the first Brotherhood of Evil Mutants!

So, for most eras, the world of superheroics is dominated by young heroes. But Vulture stands out, as an old man Spiderman fights in a variety of situations. A criminal who builds a suit that can make him fly, he is foiled in crime sprees by Spidey most the time and other street level heroes at others. But senior citizens represent.

He was reimagined for Spider-man: Homecoming to excellent results. 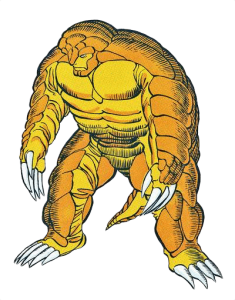 I’ve long loved the story of Armadillo, a criminal who in order to save his wife for an illness agrees to let an evil scientist experiment on him, turning him into a giant armadillo. His strength, armor and claws made him an interesting case.

And if memory serves, after the whole “I did it to save my wife” thing was worked out, he worked for awhile in a superhuman wrestling federation, which would be the greatest thing ever. 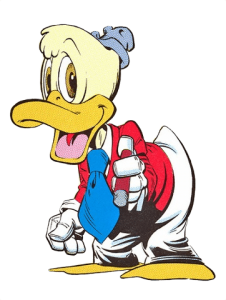 The legends are true. In the 1980s, Marvel comics were seized by Duck fever. After a character that was meant simply to be satirical was quickly killed off, fans demanded the return. The foul mouthed master of Quack Fu was Deadpool before Deadpool existed.

His presence in the after credits of Guardians of the Galaxy was some major fan service and Marvel is soon to start a series with the character again in the fall of 2015. And the end song for the 1980s movie is a thing of beauty.

The Newest Storyline for Dungeons and Dragons: A Review of Princes of the Apocalypse