To a comic book fan or novice, when seeing the title Animal Themed DC Characters, Batman might be the first to come to mind. While Batman is pretty awesome in my book, I wanted to shine some light on some DC animal-themed characters that haven’t gotten their chance of stardom on the big screen yet. 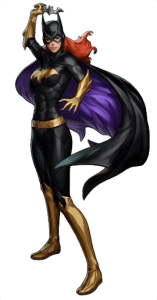 Batgirl is personally one of my favorite superheroes for many reasons. Barbara Gordon is the young, ambitious daughter of Gotham’s top cop, Commissioner Gordon. Because her father refuses to let her join the force, Barbara became Batgirl to fight crime, sometimes along the side of Batman and Robin.

In an earlier Batgirl special comic “Killing the Joke,” Barbara Gordon was shot by the Joker, which left her paralyzed. Because the comics were not received well, Batgirl got a new series where she regains ability of her legs, and fights through her traumatic experience with even more strength than before.

Whether it’s her utility belt filled with her many high-tech gadgets or her masterful martial art and combat skills, criminals beg for their lives when she rides through on her Batcycle. 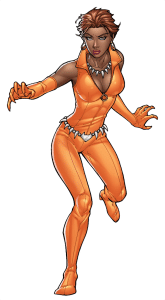 In my opinion, Vixen could run circles around Animal Man. Vixen can draw upon the abilities of any animal that has ever existed on the planet and mimic those abilities. Apparently she can also pick up on the abilities of mystical creatures, like dragons!

Another cool thing about Vixen is she was intended to be the first African American female DC superhero, but her first issue was cancelled and never released. I’m thinking that should be changed. 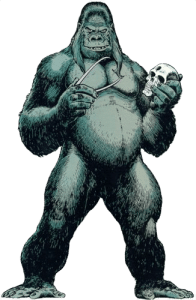 Gorilla Grodd comes from Gorilla City, the secret home for the highly intelligent primates that was once led by an alien ruler. Grodd believed that the planet belonged to the apes and not the humans. Gorilla Grodd – with his unsettling combination of brains, brawn, and brutality – plans to take over the world. 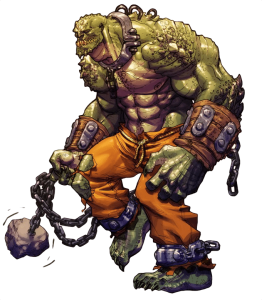 Another one of the DC villains I’ll throw in to the mix.

Killer Croc was born with a skin condition that made his skin almost impenetrable. To add on to his natural reptile-like skin, he has super strength, endurance, and speed. If his enemies were to penetrate his skin and cut off a limb, Killer Croc has a regenerative ability to grow back any dismembered limbs.

He almost sounds undefeatable until you learn that his weakness is his low intellect. 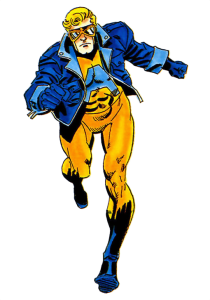 Buddy Baker’s life changed before his eyes when he happened to be nearby when an extraterrestrial spaceship crashed and exploded.

After absorbing the radioactive explosion, Buddy Baker gained superpowers that let him temporarily gain abilities of any animal of his choice. For example, Baker could temporarily gain the power of flight from a bird. Baker then transformed into Animal Man where he used his powers to fight crime and ward off his alien enemies. 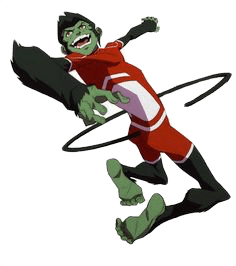 Mostly well-known for being the comic relief member of the Teen Titans, Garfield Logan, or Beast Boy, has the ability to morph into any animal that he has ever personally seen physically or from an illustration.

The truly unique thing about Beast Boy is that he will always remain the color green in his normal state and during his many transformations. 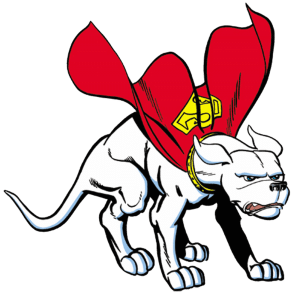 Kyrptonian dogs are a Superman’s best friend. Krypto is the incredibly powerful Superdog that is a part of the Legion of Super-Pets. Seeing or reading Superman in extreme danger with Krypto by his side will make me think, “Alright…but is Krypto OK?!”