As a little girl I had a dresser filled with only costumes because I loved dressing up so much. As a young woman I have half a closet filled with my costumes, as some things never change.

I always hear that cosplaying is the most nerdy thing you can do, or only nerds can do it. I’m here to tell you that I debunk those claims completely. Here’s 7 reasons why you should cosplay.

[divider] Why You Should Cosplay [/divider] 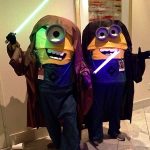 One word that I have used to describe cosplay that people question is “therapeutic.” Everyone always goes through a moment whether it’s long-term or short-term where they have low self confidence.

There’s this magical thing that happens in people who can dress up like a fictional or real character that they can portray. Something about not being yourself for a day really brings out the loudest voice in the shyest person. It’s amazing to witness first hand. [Editor’s Note: Here are some tips if you are wrestling with social anxiety.]

Ever wanted a paparazzi moment? Cosplay and you’ll get one. It’s the coolest thing going from your average joe reality of being a college student, working in an office, or bagging groceries to everyone on the street wanting a picture of you and with you. You’re literally just a person dressed up in a costume and people go out of their way to call you out on the street or in the middle of a crowd to get a picture with you/of you.

If that’s not the coolest thing, I don’t know what is. No joke, if you google “Dragon*con Callisto cosplay,” a friend and I pop up as  the 3rd picture in google image. Move over, Jennifer Lawrence!

There’s so many reasons why someone will initiate a conversation with someone in cosplay.

1st scenario: Person is dressed up as Wonder Woman ordering coffee in a Dunkin Donuts amongst “normally” dressed people. This sparks general curiosity of why or asking for photo ops.

3rd scenario: You do professional quality cosplay and pose at a con. Expect getting questions on how you made your props, or you’ll get general admiration of your craft. Cosplaying can be the start of beautiful creative friendships.

In cosplaying, doesn’t matter your body size, your race, your gender, your age, whether you have a disability, you can dress up as anything. The cosplaying community is extremely warm and welcoming, and truly just loves seeing people enjoying themselves.

Making cosplay can be a time consuming and expensive process. As a college student with a wallet that sometimes spits dust at me, I have had to be creative in finding cheap ways to make armor and now wookie fur.

Cosplaying also can bring out creativity in what kind of cosplay you want to make. Crossovers, gender-benders, time era changers, post apocalyptic, the list goes on. For example, two of my friends and I did post-apocalyptic Disney Princesses.

Some people actually have made a career out of cosplaying. If you’re really good at robotics, special FX anything, sewing, etc., then go ahead and try your hand at cosplay. Get into cosplay contests. Go to as many cons as possible. Make as many things as possible. Start a website. There are many people who are asked and paid to make appearances at cons, judge contests, or to make costumes and props for people.

I have a lot of fun in my life, but cosplaying ranks high on my list of fun things I do. I highly recommend you join the hype, you won’t regret it! 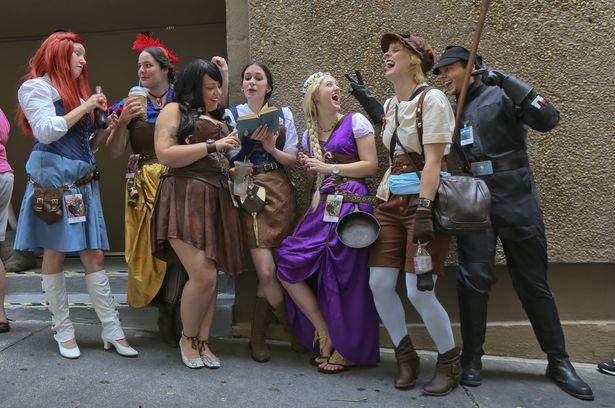