In the world we live in, comic book crossovers come like clockwork, happening in virtual perpetuity. But that wasn’t always the case.

Way back in the mid-1980s, Marvel Comics decided to try the first real effort at crossing over titles, with the series Secret Wars and later, Secret Wars II. On the strength of sales with that book, coupled with a Chris Claremont desire to make major shifts in the X-men titles, the Mutant Massacre was planned for starting in late 1986.

What’s the story of the Mutant Massacre? 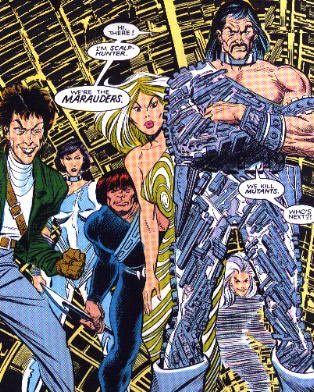 The gist of the Mutant Masacre is that a group of supervillains named the Marauders show up in the tunnels under New York City and begin killing the Morlocks, a group of mutants who had taken to living underground, hiding away from the world. Through their association with the Morlocks, the X-men, X-Factor (consisting of the original 5 X-men on a still relatively new team), Thor, Daredevil, Power Pack and the New Mutants all get involved.

The Mutant Massacre has some of the most iconic X-men stories and images ever.

2.  The artists on the books’ interiors are stellar as well. John Romita Jr. pencils in Uncanny X-men 210 and 211 and his take is one of the ones I still hold dear from my childhood. Rick Leonardi does issue 212, and it is one of my favorite Wolverines ever, before Alan Davis does amazing work with a Psylocke centric story in 213.

This grouping working with Claremont’s writing take the overall work to the next level. In the more modern stories and crossovers, we tend to see much done to keep the art teams the same; this is an example of how very different artists can be used to tell stories. By Romita Jr. doing the major Morlocks piece, it lets Leonardi do an issue that centers on dual storylines of Wolverine and Storm before Alan Davis comes in to do the very focused Psylocke story, told largely from her perspective. 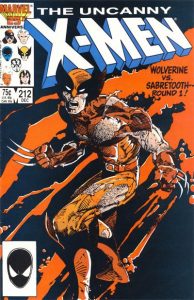 3. This is the first set of issues where there are real stakes and consequences that have a longer lasting impact than previously done in comics. In short order, Colossus is paralyzed, Shadowcat gets stuck in-phase and Nightcrawler is put in a coma. None of those things is undone quickly or easily and it shows the impact.

On the X-Factor side, Angel is crucified and eventually loses his wings before later having metal replacements put on as a minion of Apocalypse. And pre-ninja Psylocke joins the team after a battle with Sabretooth, both in the physical sense and in a mental one, gaining valuable information on the Marauders and a permanent X-man spot.

It also weirdly sets up Dazzler’s return in ways that I never quite understand. And Thor shows up. I mean, he is Thor. What’s not to like about that?

The success of this crossover, both from a storytelling perspective and a sales perspective eventually fueled the many, many X-book crossovers that were to come. And there are some good and bad things in that outcome. Some of those series are iconic and tell amazing stories. And some deserve to be utterly forgotten. But without a doubt though, the Mutant Massacre is an event that is worth checking out and most of the titles involved are on the Marvel Unlimited app and through Amazon.

The issues involved in the mutant Massacre:

And for even more nerding out, the podcast Rachel and Miles Xplain the X-men is currently reviewing these books. You can catch the first episode on the Mutant Massacre here.