Last weekend I meandered around a mall in Atlanta when I felt a sharp double-tap on my shoulder.

I’m not big on crowds for a number of reasons – let alone unexpected touches – so red flags began to wave in my mind immediately. I turned not knowing what or whom to expect and was met with an anxious question: “Dude, where did you get that patch? It’s awesome!“ 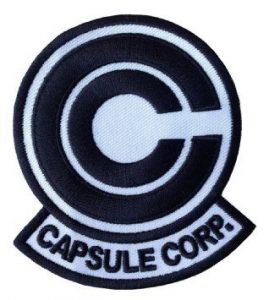 Affixed to one of the MOLLE pouches on the outside of my EDC is a Capsule Corp patch. It is nondescript unless you’re in the know, and this guy was clearly in the know.

The patch is the insignia of the scientific wonder company founded by Dr. Brief in the Dragon Ball universe. I told the gentleman where I had gotten it (Amazon, duh) and asked if he was aware of the new Dragon Ball Super series due out that following Monday in Japan (he was).

Our conversation lasted all of a minute, but it could have gone on for hours. I knew by merit of his recognition of the logo on my pack that we could talk DBZ for days if we wanted to.

And that is exactly why I slapped that patch onto my pack: To bait the hook. To let people know without speaking a word, “Hey, I’m a fan of this!” Cons are great and comic stores are safe havens, but our recognition of and appreciation for all things nerdy should not be relegated to either or both!

When you see the teen rocking the Deadpool shirt or the Attack on Titan jacket, let them know they’re awesome for loving those things. I’m going to piggy-back off of Morgan’s post about cosplay to pitch the idea that when you spot a fellow nerd in public, you should totally (but respectfully) let them know that you love what they love:

1. Confidence Booster. Chances are fair that your fellow nerd feels like the thing that they love isn’t necessarily “cool” to the majority. Sure, they have their group of friends that fan-girl over whatever it may be with them, but when it comes to the rest of the world the term “nerd” still carries a negative connotation.

Reclaim that term in all of its glory by pointing out the fandom and shining a positive light on it! Let them know that they’re not alone and they’re not wrong! You’ll think they’re cool, they’ll think you’re cool, and there will be much rejoicing. Who knows? Perhaps your shared interests will lead to new friendships…or perhaps something with a bit more romance!

2. Celebrity Status. Maybe you won’t have your picture taken, but for the duration of the conversation that ensues you will be a fellow homo-superior; privy to the best that nerd-dom has to offer while the masses continue forth in their gray, pitifully-lacking existences.

You’ll share a conversation that most wouldn’t understand let alone appreciate, and you and your fellow nerd will both be better for it. You’ll feel privileged and honored! While others will spectate and think to themselves “What nerds,” you’ll inwardly pity them for missing out on what is truly good.

This isn’t about real superiority, mind you. If we, as nerds, communicate that what we know makes us superior, then we’re no better than or any different from those that would look down on us for the same knowledge. But we will certainly feel superior!

3. Best Conversation Starter. Clave wrote a piece on social anxiety focusing on how difficult, daunting, and downright undesirable social interaction can sometimes be. His advice: Be courageous for five seconds. Overcome the potential for awkwardness, intrusion, or dismissal for those five seconds and do some ice-breaking!

It can be as simple as praising a patch, shirt, bag, tattoo, piece of jewelry, book in hand, or even an overheard snippet of nerdy talk. A significant part of the glue that binds communities together are shared interests, so leverage that to your advantage whenever you can.

Another Earth Nerd and I interviewed several people at Dragon*Con last year, and when we asked what they most enjoyed about that event, the number one answer was something along the lines of, “I just like that what I love is recognized and celebrated here.”

Take that to the streets! Praise all that you believe to be praiseworthy. Share what you love, and when you see others doing the same, point it out and spread the love! That level of feeling accepted should not be restricted to the dates printed on any event passes. It should be a part of our everyday culture and experience.

Oh, how I wish more people would hail me down and share their love for the various characters, shows, games, and movies I advertise with my apparel! And I have a feeling you do, too. Be the appreciative fellow nerd you so desire.