When I tell people that I’m going to Dragon*Con, I get one of two responses:

From fellow nerdy friends, I get expressions of envy or I get informed that they, too, will be there (“Just look for the apocalyptic Disney princesses; that’ll be us.” – actual quote from a friend).

From everyone else, though, I get looks that all but say, “Oh, you poor, pitiful, lonely man-child, you.”

But, wait!  Dragon*Con is so much more than Elven Choirs, LARPing, Klingon Karaoke, and passionate debates about which sci-fi starship would win in a fight (and, yes, every single one of the items in this list was represented this weekend).

Dragon*Con has a little bit for everyone, particularly if you subscribe to the Wil Wheaton definition of what it means to be a “nerd:”

“I think a lot of us have realized that being a nerd … it’s not about what you love. It’s about how you love it.“

Here are seven things you probably didn’t expect to see represented at a convention that on the surface seems only to cater to Trekkies, anime fanatics, Whovians, and the like:

Maybe you’ve distanced yourself from the “nerd” moniker and want to keep things that way.  You love wrastlin’ and fightin’ and drinkin’; none of that “live long and prosper” bologna.  Then you’re in luck because each of those three things is covered by the *Con.  They host an annual independent wrestling event called DCW (Dragon*Con Wrestling), martial arts exhibitions, and not only do they have forums on alcohol and recipes, but you’re never far from a bar while wandering from hotel to hotel.  But maybe you want something with a bit more firepower…

There’s a whole track devoted to guns and other weaponry tech called Armory Programming with event titles like: “Silencers, Suppressors, or Sound Moderators;” “Ammunition, Explosives, and Ordinance;” and “Antitank: Rockets and Recoilless;” just to name a few.

Dragon*Con panels and forums are also right on top of current issues and are unafraid of talking about them.  A number of events focus on the issues of race, gender, and sexual identity and equality answering questions like: How are these issues present in and perpetuated by video games and movies?  How are LGBTQA characters portrayed in young adult literature?  What needs improving?  The reality is that our fictitious worlds are inundated with real-world issues, and we have opinions on them, too! 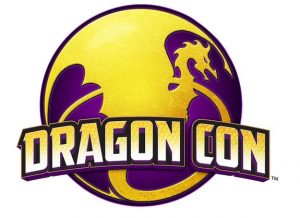 Speaking of the real world: we nerds don’t always just accept the crazy physics and technologies that are thrown at us by video games, books, shows, or movies.  We are just as skeptical as the next guy, and can be honest about the silly-factor of the stuff we love.

Panels abounded whose goals were to set the record straight when it came to the real science and possibility of movies like Pacific Rim and The Avengers, superheroes in general, and phenomena like Sharknado – and these panels were hosted by actual, credentialed scientists.  Although I guess this may actually make us more nerdy!

Wouldn’t you like to hear “10 Rules for Dealing with Police Encounters” from someone with a major law enforcement background for those times you’re pulled over?  What about how to recognize threats while walking down the street and how to defend yourself?  Parents:  Wouldn’t you like to receive some online safety tips for your home and kids?  All of this and more was offered this year.

People that love Ghostbusters or the Alien movie franchise aren’t necessarily nerds.  Maybe you just love great comedy and well-done horror.  Dragon*Con does, too!  Both of those movies (along with other franchises like Dune and the Teenage Mutant Ninja Turtles) had major anniversaries this year, and we celebrated them with movie viewings and nostalgia; you know, like anyone would!

Dragon*Con is far from an adults-only event.  Every year they seem to add more and more kid-oriented programming.  Sometimes they’re invited to learn like in Lightsaber School or the Hands-On Science Power Hour.  They even had a few events hosted by the Power Rangers Samurai cast that encouraged fitness and self-esteem.

Other offerings include stuff kids would just enjoy watching like the Airship Races, Robot Battles, and live performances from TV’s Beakman.  And the kids can always get in on the cosplaying and have the joy of not only being asked to let others take their photo, but also the opportunity to be their favorite hero/heroine!

Occasionally you’ll need to direct your kid’s attention away from a scantily-clad cosplayer (and you’ll definitely want them in the hotel room by 10pm!), but daylight hours are most definitely family friendly.

I’d bet good money that you could find something to enjoy or discover and love at Dragon*Con regardless of who you are.  You may have missed the boat this year, but 5-Day Memberships are already on sale for D*Con 2015, and they’re only $75 through September 15!

Grab a membership – even a 1-Day – and let your inner-nerd be free to express itself in a judgement-free zone for a couple of days.  You won’t regret it.

Games with Gold: Dishonored: A Review of the Xbox Free Download

Games with Gold Review: Monaco – What’s Yours Is Mine