As Jason recently pointed out in his post on living at peak nerd, we can’t do it all.  That is particularly true when you’re at a convention like Dragon*Con.  Nearly every hour of four days promises something to do in one of the host hotels, and with over 30 tracks from which to choose.  Odds are extremely high that more than one track is going to pique your interest and make a significant demand on your time!

Since you can only ever be in one place at a time, some worthy and enticing options are going to have to see the cutting room floor.  The thing is, we’re all probably going to approach the selection process radically differently.  Below I’m going to share my process of selection and elimination, and as Labor Day weekend approaches you’ll likely hear from one or more of the other Earth Nerds regarding their strategy.  None of us is going to describe their way as the “right” way; we’re just sharing what works for us!

1.  I want to learn more than I want to just listen.

When the app is released and allows me to scroll through every hour of every day, the first items to receive a coveted place on my calendar are those in which I’ll learn something.  You’ll often find me in panels on military history, first aid, survivalism, and even scientific discussions. 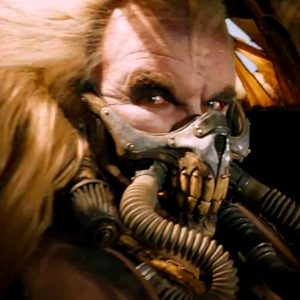 Sounds boring, yeah?  But this is Dragon*Con, so there are nerdy twists aplenty!  The military panels
often focus on military science fiction and feature veterans who share their real combat experiences and explain how that shaped their novel.  The first aid and survival stuff I attended last year were wrapped up in an apocalyptic theme.  And one of my favorite shots in the dark on my schedule from last year was a panel of scientists basically MST3K’ing Sharknado – talking about real scientific applications and fails in the goofy movie.

I also place a lot of value on discussions, but not of the fan variety.  What I mean is I don’t go in for panels that advertise something like The Top 5 Episodes of Firefly or The Top 10 Moments from the Whedonverse.  Instead, I’ll plug into a panel that will generate meaningful discussions and make me think.  Last year I dropped into the Rise of Dystopian Fiction & Decline of Optimism panel and it was one of my favorites of the whole weekend.  Panelists and attendees alike went back and forth on the topic, it was super nerdy, and it made me think so much that it generated an entire post here at NoE.

If I can walk away from a panel with 800+ words of stuff to say in response to it, I’m in.

2.  I’m not much for the “big” panels, celebrity photos, or autographs.

None of those things ever make my list for a few reasons:

3.  Every year I try to scope something new out. 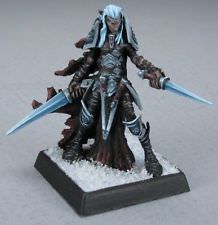 This year I think I’m going to sit in on some panels/workshops about miniatures for tabletop RPGs.  I’m starting to get my toes wet in that realm, and it may well become a new hobby of mine!  In years past I’ve dropped in to some anime panels and got turned on to a few shows I ended up really enjoying.  I’ve also spent a great deal of time in the film track and even writer’s track learning about character and plot development.

4.  At least once a day I just want to enjoy something in community.

There’s something energizing about taking some time to sit with a bunch of strangers and enjoying something together.  The MST3K screenings are some of the best at this!  It is so much fun to watch an episode, laugh at the comments from the cast, and lend our own voices to the melee – cracking our own jokes and laughing our butts off together.  This is where the Top 5 panels and their ilk sneak their way onto my schedule, too.

5.  I am also very intentional about carving out chunks of time to chew the people scenery!

A few times a day, I like to step away from my calendar and just chill in one of the host hotels and people watch for awhile.  That is an activity in and of itself!

6.  You know you gotta pace the vendors at least once.

I typically do this during some unscheduled time on the first or second day; making mental notes of what I might want to circle back through for on the last day in the hopes of netting myself a discount!

The Decisions Are Still Many and Difficult!

Even after I comb over the schedules two or three times, I still end up with conflicts and just can’t bring myself to say no to one.  Flipping a coin to let fate decide just doesn’t sit well with me, so I employ one final strategy:  I ask my friends what they’re doing.

If they’re planning on going to one of the same panels I’m considering, I may well choose to attend that panel with them just to have some company!  Alternatively, depending on the panel’s content/design, I might just ask them to take notes while they’re in there – freeing me up to attend the other one.

And occasionally my friends will be heading to a completely different panel and I’ll tag along, thereby not choosing one panel over another and potentially plugging in to that “something new” I’m looking for.  Double win.

The fact of the matter is that regardless of what makes the cut and what finds its way onto the cutting room floor, you’re going to enjoy the hell out of whatever you attend.  There’s something there for everyone, and while you might feel torn about having attended one thing over another you’re unlikely to leave the weekend unsatisfied.

Plus, there’s always next year!

The Glass Cannon Podcast: Episode 60 – Silence of the BLAMs

D&D 5e Goliath Ranger: A Look at the Class and Race