One of the reasons I enjoy the game publisher Stonemaier Games is because of design values that feature a quick beginning and streamlined setup with minimal pre-game choices.

The reason being that it’s fun to be able to start playing a board game right away! Indeed, the feedback I’ve heard time and again from folks new to board games is the difficulty of learning new games is what keeps them from the hobby.

But I want more people in the board game hobby. So here are some tips to make learning a new board game easier. 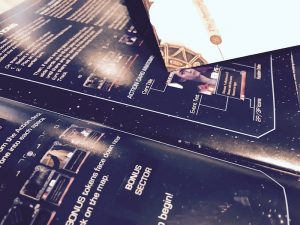 Many people learn just fine by reading through rule books, but many people learn best through having another person walk them through the steps of something. It provides an opportunity for someone to demonstrate the game actions to you in a context where you can ask clarifying questions.

Of course, not everyone is a gifted teacher, but not every board game designer is a gifted technical rulebook writer. So, having someone teach you a new board game is the best and easiest way to learn a new game.

Side Tip: Many game shops will host demo tables or demo nights. Those are great for being able to see new games being demonstrated. It’s a great try before you buy situation.

STEP #2: Watch a video. The board game industry now has more support than ever before. YouTube channels are popping up that exist solely to demonstrate how games are played. Fortunately, publishers are getting wise to this are are contracting with these video hosts in order to get video tutorials filmed.

Even if you have the opportunity of STEP #1, still consider watching a play through video. That one-two punch is really helpful in absorbing the rules and mechanics of a board game. (When Nerds on Earth reviews or unboxes a board game, the number one request we always get is if we plan to record a walkthrough video of the rules.)

Here are the best sources for how to play board game videos: 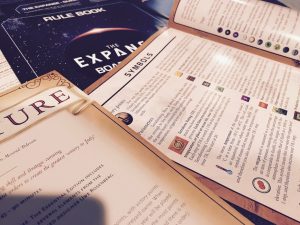 STEP #3: Set up the game and play through a few sample turns solo. I’ll often set up a game after dinner with no real intention of playing it with others. I’m simply setting it up to be able to get a feel for the rules via playing a couple turns through by myself.

Listen, board games are fun. It’s enjoyable just to be able to punch out the pieces and get the board arranged. That’s the nerdiness in us. But then playing through a couple turns really helps to cement the game in our noodles. (Pro Tip: Set it up and physically play it through as you have one of the above tutorial videos on the background.)

Games have too many fiddly rules that won’t stick with you if you just read through the rulebook. Plus, setting it up and playing helps you understand not just the what, but the why.

STEP #4: Scratch out a player aid if the game doesn’t include one. Publishers have gotten smarter about producing little cards that summarize the key actions for players. Board games aren’t Monopoly anymore, thank Zeus.

But if a game doesn’t have player aids, it’s helpful to make your own. I’m talking about nothing more that scripting out a few key rules on an index card. 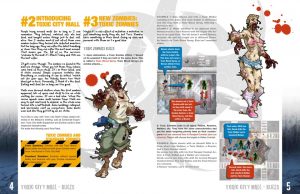 STEP #5: In the absence of 1-4, put the game on the shelf and wait for #1. If a game is simply too complicated or obtuse to be learned from the rulebook alone after a good, honest try, and if there are no video tutorials available and no one you know can teach you the game, then just shelf it.

Life is too short to waste our precious brain matter by beating our heads against a cardboard box. Just move along to something else, the options are out there.

Luckily, this is rare. Board game publishers want new players in the hobby and they know that first learning a new game is the biggest hurdle that’s keeping players away. So they are working hard to make games accessible, clearer, and more elegantly designed.

So learning to play a new board game is getting easier and easier. And I hope the above tips are helpful as well.