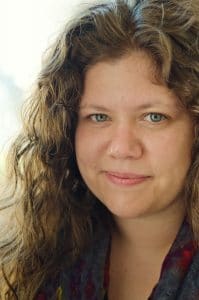 Earlier this summer, Marvel made an announcement. First, they announced that author Rainbow Rowell would be joining its stable of writers. Shortly thereafter they confirmed she would be taking on the formerly teenage superteam The Runaways.

The announcement is consistent with a direction that Marvel has been using for a while now. They have attempted to grow their brand by choosing authors who are matched with a character they are especially well equipped to guide moving forward. While they have always used well known authors for special projects, like Neil Gaiman’s Marvel 1602, to put established authors on ongoing projects is a newer approach.

The most successful of endeavors is clearly G. Willow Wilson’s Ms. Marvel. It is no secret that us here at Nerds on Earth love the story that Wilson has been able to tell about Kamala, an Arab-American teenage high school girl who develops powers when she is exposed to Terrigen Mists. (We are just going to ignore the Inhumans thing because, though Marvel is slow to understand this, no one cares about the Inhumans.) Ms. Marvel’s ongoing story and adventure has been really well guided by Wilson, who before writing this for Marvel was known primarily as a fantasy writer.

Similarly, Ta-Nehisi Coates was a well known and regarded African-American writer, having received many awards for his letter of essays to his infant son about race and America entitled Between the World and Me. After receiving the MacArthur Genius grant, Coates talked in several interviews about his love for comics and Marvel in particular. With the character of the Black Panther, who was soon scheduled to debut in the Marvel Cinematic Universe, Marvel had an excellent vehicle for Coates. His comic hasn’t been as well received or beloved as Wilson’s Ms. Marvel but he has gotten better as a comic writer and if you haven’t checked out the book lately, it is definitely worth checking in on. 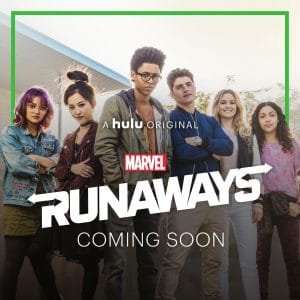 So when Rainbow Rowell was announced, I quickly surmised that they had an obvious choice of books for her: The Runaways. Rowell is known primarily for her work as a Young Adult and Contemporary literature author and taking on The Runaways directly before they make their small screen debut this fall on Hulu is a wonderful move.

The Runaways were introduced by the fantastic Brian K. Vaughan, who weaved a tale of some teenage kids who discover their parents are supervillains and–you guessed it–run away. BKV’s Runaways run is one of the series I put in my top 10 of all time as it is such an excellent series, twisting the teenage rebellion trope by giving it a new direction: rebellion as superhero team.

After BKV left the series, even as other excellent writers like Joss Whedon and Terry Moore took on the team, it never quite jelled the way it did before. We did get to see some of the characters continue in other series and stories, most notably the criminally underrated Avengers Arena.

But Rowell is showing up to do something different, and I’m thrilled for it.

Here is our review:

Great Things to Watch in January 2017 on the Streaming…