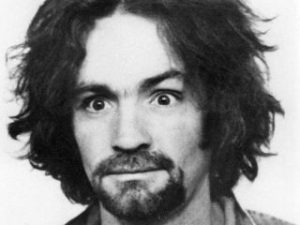 Charles Manson and his followers murdered 9 people in 1969. Manson believed in what he called “Helter Skelter”, a term he lifted from a Beatles’ song that he claimed described a coming race war. He believed that ordering his followers–known as the Manson Family–to murder would help precipitate that war. Suddenly notorious, Manson became an emblem of insanity, violence, and the horrific.

The American cult leader Reverend Jim Jones formed “Jonestown” in northwestern Guyana. On November 18, 1978, a total of 918 people died in the settlement from cyanide poisoning, in an event termed “revolutionary suicide” by Jones. It was the largest single loss of American civilian life in a deliberate act until September 11, 2001. A third of the victims were children and all who drank poison did so under duress, giving rise to the idiom “drink the Kool-Aid.”

Anxiety in American culture about evil acts performed by cults was heating up throughout the 1970s. Although cults performing monstrous acts were limited to only a handful of examples like the two listed above, the American public suddenly began to see boogymen under every bush and in every dark basement. 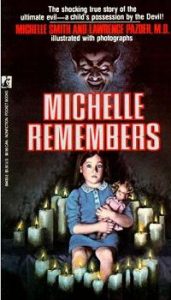 What was only a few isolated events was magnified into a cultural crisis by a panicky public. Even the Canadians grew panicked. Published in 1980, Michelle Remembers  is a book co-written by Canadian psychiatrist Lawrence Pazder and his psychiatric patient (and eventual wife) Michelle Smith.

Michelle Remembers chronicles Pazder’s therapy in the late 1970s with his long-time patient Smith. Smith confided that she had something important to tell him, but could not remember what it was. Over the next 14 months Pazder spent over 600 hours using hypnosis to help Smith recover alleged memories of abuse that occurred when she was five at the hands of her mother and others, all of whom Smith said were members of a “Satanic cult” in Victoria. During one session Smith screamed for 25 minutes non-stop and eventually started speaking in the voice of a five-year-old.

The book was a wildly successful best-seller. However, the book was quickly discredited by several investigations which found no corroboration of the book’s events, while others pointed out that the events described in the book were extremely unlikely or impossible and simply “the hysterical ravings of an uncontrolled imagination.”

The book being nonsense didn’t matter. It significantly contributed to a widespread belief in what was to be called “Satanic Ritual Abuse.” In one case, a mom (who incidentally had been diagnosed with acute schizophrenia) accused a preschool worker of abusing her child via Satanic ritual. So the police questioned the two hundred children of the preschool. During the interrogations, the preschool children reported seeing their day-care teachers fly and lead them into tunnels under the school. Natch.

The $15 million dollar trial generated an FBI report that definitively concluded there was not an organized network of Satanists secretly abusing thousands of children or conducting human sacrifices, but this hardly mattered to the general public. In fact, the case demonstrated that the public was prepared to believe pretty much anything related to Satanic conspiracy.

I should know; this fear of satanic cults even swept through my small town when I was a boy. I recall regular and dramatic warnings from my mother to always be alert and hyper-vigilant, lest a Satanic cult lure me in. As a result, I started to see “evidence” of these cults everywhere. Once I was playing in the woods as a boy and when I saw an old doll’s head laying in the leaves, my first thought was it must have been a Satanic cult that was practicing for future child sacrifices!

Never mind that the folks in my small town couldn’t operate a toaster, much less organize a nefarious cult. Heck, the folks I grew up with weren’t even competent enough to operate toast.

OUCH! MY EYE! I JAMMED ME TOAST INIT!! 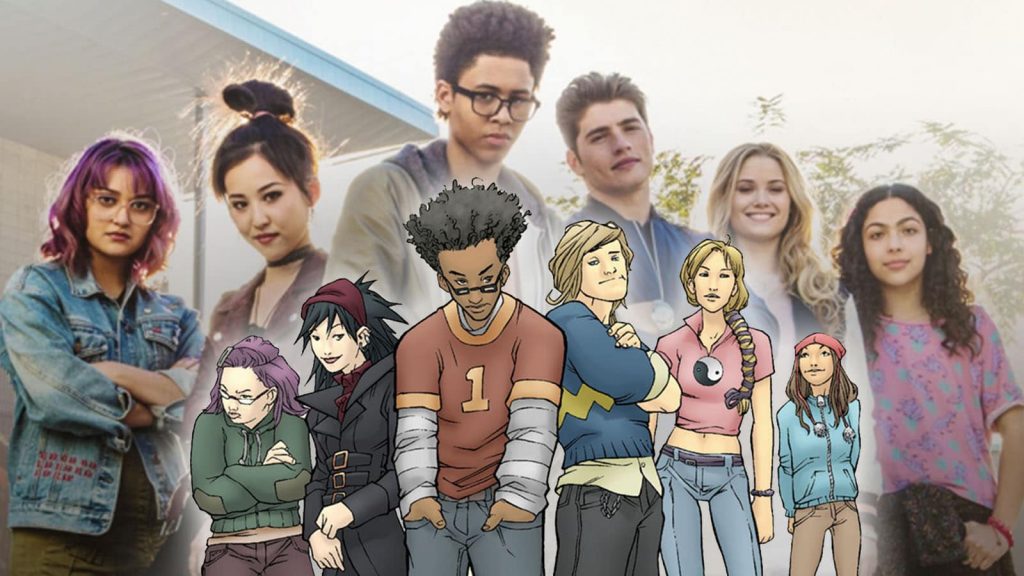 So what does this have to do with Runaways, a 2003 Marvel comic book by Brian K. Vaughan and Adrian Alphona that is now a television series on Hulu? Well, Runaways features a group of teenagers who discover that their parents are part of an evil crime organization known as “The Pride.” The teenagers spy on their parents and learn that while Pride is masquerading as a charity organization, it is really a criminal group of mob bosses, time-travelers, dark wizards, mad scientists, alien invaders, and telepathic mutants that routinely participates in human sacrifices.

Aghast at discovering that their parents are part of a secret cult, the kids steal weapons and resources from their parents, and learn they themselves inherited their parents’ powers:

The kids band together and defeat their parents, atoning for the sins of the nefarious secret cult.

Yeah, it sure seems that the 41-year-old Vaughan–who would have been a kid during the 80s heyday of the “Satanic Panic”–has taken this old school cultural anxiety and flipped it on its head in Runaways, huh? Remember, a consistent ancient of parents is that their teenagers would be rebellious. You mash that up with a secret cult and turn it into a “family” tale, and you have yourself a hit.

Runaways is a fresh spin on an old anxiety. And this irrational fear of cults must seem silly to the younger nerds who are reading this. After all, no one walks around afraid that a crazed Satanist will jump out of the bushes at them. No, the irrational fears of our culture have shifted to other things–brown people, women in the workplace, and having our guns taken away, just to name a few.

But us old school nerds remember a time when the scariest thing imaginnable was being kidnapped into a cult.