Recently, Netflix released the film Bright, starring iconic movie star Will Smith as a cop in Los Angeles, partnered with Joel Edgerton as his orc partner, the first on the police force. Yes, this David Ayer directed film lives in a world where most of our basic social structures exist but there are also orcs, elves and fairies and complicating racial overtones around each group.

With a budget of over $90 million reported, Netflix seems to be pleased with their results, with an alleged 11 million households signing into their Netflix accounts to watch the film on its first weekend on the platform.

Having watched the film, it gets a middle of the road review score. There are places where the film’s dialogue is cringeworthy in how it handles race and the increased race tones of the other races added into modern America. It isn’t that orcs replace another race for instance, it is that they as a race are added into the already complicated race structure of modern America.

To me, it isn’t that a film could be a heavy handed allegory about race in America and be good; it is just that Bright isn’t particularly adept at it. The criticism that exists on social media is fair and while it is understandable that some people would write off the entire project because of it, there are some interesting ideas and topics that it does get to explore.

A Bit of Bright’s Backstory

More interesting to me is that nearly 2 weeks after the film was released on Netflix, they released a video on YouTube that serves as some backstory for magic and the world that Bright is set in.

Now, as someone who watched the movie with a fair amount of focus, this backstory is interesting and it does help me understand the world of Bright better but, that said, it doesn’t necessarily help Bright be a better movie.

One of the issues that nerdom struggles with in our current world is that we want everything. Think about it in this way: if there is something I don’t understand about a Marvel movie, I can quickly hop online and after a couple quick searches, the answer (or a close enough proximation) is there for me. Think about how many people did a search to see who Thanos was when he first showed up in the post-credit scene of the first Avengers. And as most movie and television properties are tied together to other intellectual properties, there exists a way to get the backstory or ask the questions to find answers to what we want to know. 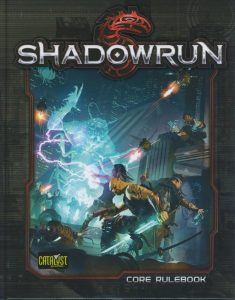 That is what makes Bright a unique piece: it is a brand new thing. While it is easy to diminish it and dismiss it as a theatrical version of the roleplaying game Shadowrun, it isn’t that.  There was no place to go to find the answers about this world that Bright exists in until Netflix released this new video.

This video does tidy up a few of the loose ends that are hard to understand in the film but it also makes some heavy handed allegories even more heavy handed, weakening and not strengthening the film. Which brings about the notion of where did they get this from? It could have been a part of the training video for the police that was cut out or a scene from a television show Smith’s wife was watching on TV or as a part of the intro reel of the film. If Netflix put this together solely for this purpose, then it is a bit of a waste and makes its need for editing even more astonishing.

No Background, No Problem?

Overall, I wish the film stood on its own stronger. It isn’t that it is impossible to introduce a new world with little details and catch people’s attention. It is hard to do today but think about what the audience of Star Wars: A New Hope was given in that opening crawl; the answer is that it isn’t given much and yet out of it spawns a glorious universe that now regularly dominates the box office.

Bright had a hard task ahead of itself to introduce this world and do it in a way that intrigued viewers.  Instead, it seems like for most it confused them, lessened the experience, and made the release of this background video feel like an attempt to win back an audience for the announced sequel.