Most of this post should go without saying, but we’ve all been there…

We’ve all been at a table with a player who has to constantly review his character sheet and look stuff up in rulebooks on every one of his turns. 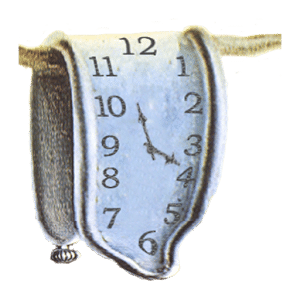 Average time per turn for this person:  About 3 minutes.  Average turn for everyone else at the table:  30 seconds.  Three minutes doesn’t seem long, but the experience of those 3 minutes is downright grueling.  It’s like experiencing the last three minutes of the last day of school before summer vacation, only you’re doing it once per round for an entire campaign’s duration.

And just when they sort out what their PC is capable of at level 2, they level up and the cycle begins anew.

But it doesn’t have to!  This is a plague on RPGs and tabletop games alike, but there is indeed a cure.

Listen:  Sometimes the problem arises because we’ve chosen the wrong game for the wrong person.  Are our favorite games awesome?  Undoubtedly!  Are they for everyone?  Maybe not; and possibly just maybe not yet.

Many of them have understandable learning curves.  The first session is rough and slow, the second or maybe third is marked by a lot of questions for assurance (usually ending with the word right?)…but if the situation isn’t improving after 4 or more sessions, you may well be trying to force a square peg into a round hole.

This isn’t to say there aren’t any great games out there for that person!  Not at all.  Your first task, though, is to make sure you’ve got the right game for the individuals you’re gaming with.  Sometimes it has to do with age, other times it has to do with someone’s ability to manage complexity.  Some folks can hang with Race for the Galaxy, others need Fluxx.  Some can handle Dungeons and Dragons or Pathfinder while others would do better with a Munchkin variant.

And sometimes you just need to take baby steps!  Someone who is intimidated by DND might be able to build up to it by starting with Munchkin and then graduating on up to Teenage Mutant Ninja Turtles: Shadows of the Past before tackling 5e.  This is exactly the progression it took for a couple members in my family to feel like DND was within the realm of possibility for them.

So once you’ve got the right game for the right person, sometimes it just comes down to initiative.  And this time I’m not talking about a d20 roll.

Encourage one or more of the following in the player, or take them yourself!

Doing any or all of these things will ensure quicker, smoother gameplay and minimize frustration.  Because trust me:  If you’re the person who is unfamiliar with their character at the table, everyone is frustrated on your turns.  They’re just far too kind to say so.

This Goes for GMs Too!

I’m guilty of running games and not being 100% familiar with the enemies I’m controlling.  Halfway through the combat or play, I’ll smack my forehead and exclaim, “Darn it!  If I’d been paying attention…”

And I give myself no sympathy.  There will be no retconning.  It was my fault just like a player not being familiar with their character is his or her fault.  With a little initiative, it can be avoided almost entirely.

When you invest the time necessary to familiarize yourself with your PC, you’re not the only one who benefits.  The whole table does!  Those ten minutes are much better spent by yourself before a session than with the group in the middle of one.  You’ll get a confidence boost with the familiarity, and both gameplay and fellowship will improve.  And who doesn’t want that?