By Jennifer Ruffin On May 14, 2016 Last updated Dec 15, 2020
Image by manseok Kim from Pixabay
Share TwitterReddItPinterestFacebookEmailPrint

My parents once had a van with a TV and VCR in it, long before this era of individual screens on the back of the front seats. So, my brother and I made an agreement to only take movies we both like on long trips. Our parents would stop the van by the video rental store and let my brother and I roam free.

It was on one such trip that we rented a VHS copy of My Neighbor Totoro. It was an English dub and my brother and I fell in love.

Now, I knew about anime but this isn’t anime. 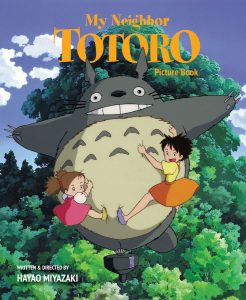 My Neighbor Totoro is produced by Studio Ghibli, an animation studio in Japan. And the main director is Hayao Miyazaki, my favorite director of any animated film, hands down.

My brother and I watched that movie back to back on that trip. And I haven’t looked back.

I quickly discovered more. And bought as many of them on DVD as I could with my meager income at a fast food restaurant. I soon had a wonderful collection of beautiful and magical movies.

But why these movies? Why this director?

I grew up a huge Disney fan. The music, the animation, and the characters just drew me in and allowed me to live out my fairy tale dreams. Studio Ghibli does that for me with different stories and a different animation style. And it was suddenly everywhere.

Spirited Away won the Oscar for Best Animated Film the next year. And Studio Ghibli and Miyazaki were suddenly in the American spotlight. And I couldn’t be happier.

Media Play carried his newer movies as well as his classics. And each movie was a new world for me to explore. The Whisper of the Heart made me cry, Princess Mononoke made me think about animals and how our building hurts them, and Spirited Away just took me into Japanese culture so seamlessly that I barely realized it. 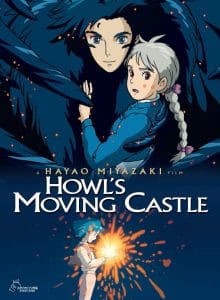 People often think that anime involves big mouths, sweat drops, squinted eyes, and girls in school uniforms. But this anime is serious, deals with life issues, and usually ends with you sitting there watching the credits with a smile on your face.

My favorite is My Neighbor Totoro due to a certain nostalgia I feel while watching it. And the giant bear-like creature who helps out the family may have a lot to do with it as well.

Next on my list is Howl’s Moving Castle based off the novel by the same name. It’s a beautiful movie with amazing creatures.

And third on the list is Spirited Away, another amazing film with gorgeous animation.

A few years ago, Disney picked up the voiceovers for the Studio Ghibli films. John Lasseter is a huge Miyazaki fan and wanted to bring his work to America. He got big names to do the voices and they marketed it just like any other Disney film.

I’m not sure what happened, but Miyazaki’s last film, The Wind Rises was done by Touchstone. It’s still amazing, mind you. In fact, I cried like a baby at the end.

Nothing new there, though. If I don’t cry or at least get close to tears at least once in a Studio Ghibli movie, then I’m just lying to myself.

In fact, the hardest I’ve ever cried during a movie was during Grave of the Fireflies, a movie about America fire bombing Japanese cities. If you really want a tearjerker, watch it. But be prepared. I cry every single time.

But if you want a light, fluffy movie that will make you laugh and think at the same time, try Pom Poko. It’s about raccoons trying to take their forest back from the humans. 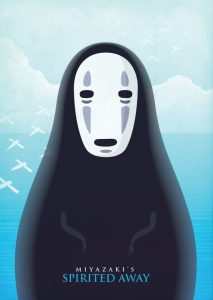 I honestly believe that Studio Ghibli movies are higher on my list than Disney. Or maybe they are just Disney-like movies for older people. I don’t say older children or adults because my brother fell in love with them when he was very young.

So, if you like great animation, amazing stories, and great directing, watch a Miyazaki movie. And then move to another Studio Ghibli movie not directed by him. It will still be amazing.

Miyazaki has retired. It makes me sad but I can understand his need to retire. He’s done so much in his lifetime and has touched so many people’s lives. I will always be a fan of his. And if he decides to come out of retirement to do another movie, I certainly won’t complain.

And I definitely plan on going to the Studio Ghibli museum if I ever get to go to Japan. That will probably be my first stop. After the cat tea room.