Stranger Things, the new and absolutely amazing television show, pays homage to many 80s classics, from the scene placements down to the synth texture music. The show just released the soundtrack that was composed and recorded by Kyle Dixon and Michael Stein, who are part of the band from Austin called SURVIVE. I immediately bought the album and listened to my favorite track, “One Blink for Yes.”

I always wonder why certain songs stand out the most to me. I ask myself “Is it the context of the song?”, “Is it epic?”, “Does it go against my expectations?” Music can enhance the emotion for any visual, but how and why?

A lot of times a simple song can hold no meaning to you until it’s placed into context. Story/situational association with music is a strong mental influence. I got curious and decided to do a psychological break down of the song. I will throw out some music terms, so feel free to google some you might not know, or comment on the article asking for explanations.

To start with context, “One Blink for Yes” is introduced in the show when Joyce has the odd idea to communicate to her son through christmas lights. The emotional context of this situation is supposed to be mysterious, desperate, scared, intrigued.

Knowing the visual context of when the song is being played, the ascending sequence of notes gives a since of guiding. Guiding to a clue, or even literally guiding. The track even appears towards the end of the season when Nancy, Jonathan, and Steve are in the house, watching the christmas lights on the ceiling light one by one to show motion, and guiding towards a direction. 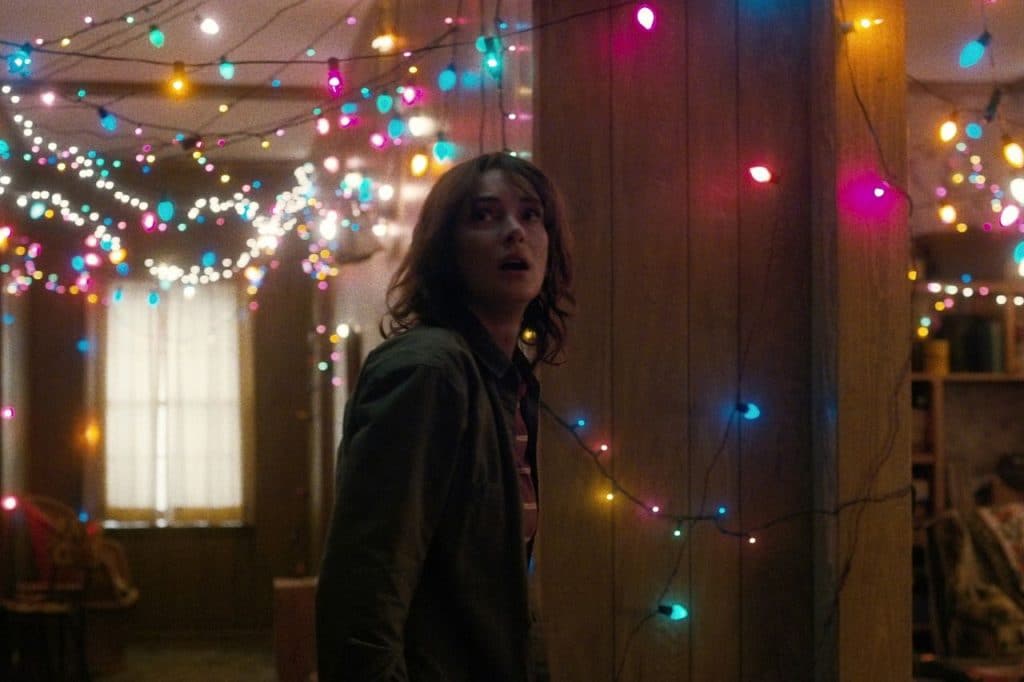 What also gives the song this lingering feeling of intrigue and almost the sense of stumbling upon mysterious elements is how the pauses in-between each note sequence changes timing. The first pause is longer before it continues on to the G#,C#,E sequence. The pauses get shorter as the song goes on.

What that does is introduces a quick flicker of a engaging thought, then the synth dissipates into the pause, and then when the second sequence enters at higher pitches it’s like your answer appears in another place you weren’t looking or expecting.

That subtle break in our expectations stimulates the brain and can cause either intrigue or pretty much discomfort. The pauses also show growth in timing and dynamic, which can show the idea of communicating through the lights kind of pick up pace as Joyce got even closer to answers. A good analogy would be like going lightning bug catching at night. For 5 seconds you see the spark of a floating bug appear in front of you, you move towards it and it vanishes, light is gone. You are left straining your eyes searching in the direction, to see the same spark pop up a few moments later in a different direction. It’s a constant feeling of searching for what is hard to obtain, but always feels so close.

This is going to be tricky to try to not go over some people’s heads with music theory while trying to show you guys how cool it all actually is. So here are some basic things. There are your typical keys, minor and major. Major will be more “happy” sounding. Minor will be more “sad” sounding. If this is confusing to you, that’s totally ok! Go to youtube or where you can have audio play you a C major chord, and then a C minor chord to show you the difference in how they sound.

What this does is it already gives a sense of displacement. You kind of are already unsettled and unsure of where you’re starting. Now this is going to be difficult. That G# chord to begin with is a major chord and you’re adding an F# which gives it a completely different tone from the minor. Especially since that starting sequence sounds anything but happy. Going from a major to minor gives this eerie feeling. And what’s funny is the G# major is going to the C#minor chord, which is supposed to be your home chord, but the transition doesn’t make you feel any more like you’re on the way to home.

Best way to describe it, when you hear someone sing the Star Spangled Banner, at the very end when the person sings “And the home of the,” you expect an ending. It’s not only because of the words, but because you’re reaching the last home chord. That’s called resolution, or to resolve. Without reaching that last chord, there would just be a lot of unresolved discomfort that will drive you nuts leaving the song feeling unfinished. 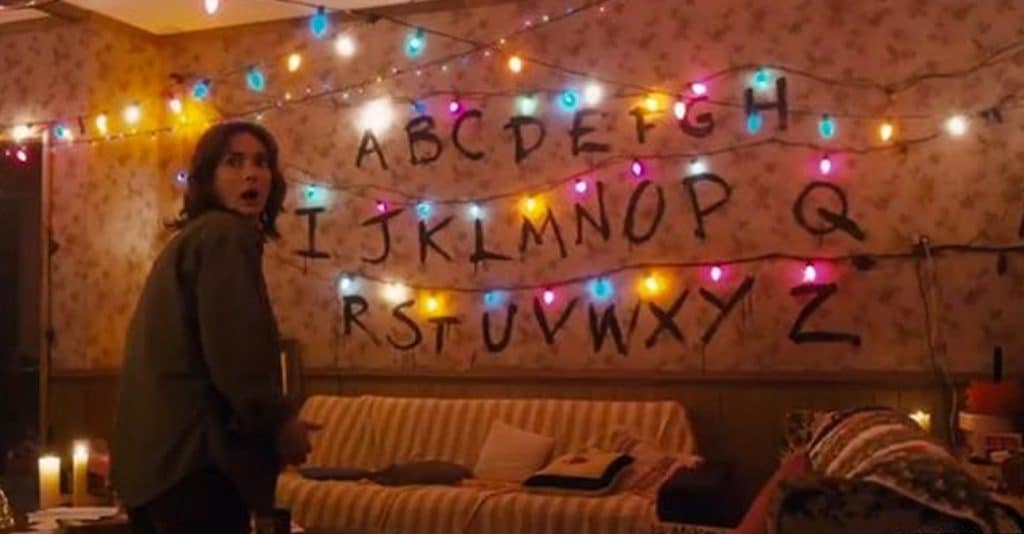 Enough theory. Let me just tell you why all that junk is cool. The feeling of an uncomfortable start gives your brain the feeling of wanting to move away from the discomfort as soon as possible. The next sequence of notes even though IT relieves some of the discomfort because it is your home chord, it gives you more curiosity. You’re not only ascending to the next sequence, you’re ascending to a minor chord which doesn’t cause resolve but more like desperation. Being so close to discovering something but feeling like you could lose it any second. Which is exactly what is going on with the story as a whole, but also whenever this song appears in the show.

I hope this wasn’t too much information to process. If you have any questions, rebuttals, or even theories of your own comment and share! I could talk about this stuff all day! I encourage everyone to watch Stranger Things and indulge into the soundtrack as their background music for the day.

Being a Nerd Dad: How to Throw a Superhero Party