Review of Suicide Squad: It Has Sizzle, But Does it Have Story?

Suicide Squad was always going to be a challenging intellectual property for the folks at Warner Brothers to take and try and make a film out of. The origins of that team are rooted in the late 1980s and the team members were essentially cannon fodder, characters that, for the most part, expendable from the long list of villains in the DC rogues gallery.

But, other than the Justice League, it was one of the few ensembles in the DC world that could make it to screen, so the powers that be at Warner Brothers hired David Ayers, hot off his critical success with the war movie Fury, and a bunch of actors to make Suicide Squad. 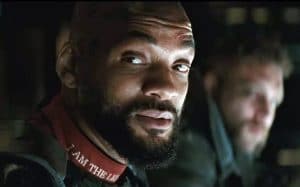 From the beginning, this movie lacks a narrative structure that makes any sense. There are some excellent set pieces that work as individual scenes but there is a lack of a story arc that makes a compelling adventure.

I had read this before seeing the movie, but when you see the final product it isn’t surprising to read about these same issues in the Hollywood Reporter. Suicide Squad is a mess and that is disappointing because there are some real strengths.

First off, there are three very compelling actors in this film. It isn’t news that Will Smith is a movie star, but the story of Deadshot, the assassin whose weakness is his love for his daughter is pretty well done. Smith elevates it.

Margo Robbie is stellar as Harley Quinn. (I have a lot of issues with this character in this movie but none of them stem from her performance; it is much more on the story itself.) She does a great job of portraying the necessary unstableness of the character.

Lastly, Viola Davis is a perfect Amanda Waller; she is strong, confident, and a leader who is also a cold blooded, heartless person. All three of these actors elevate their parts in an otherwise pedestrian movie. 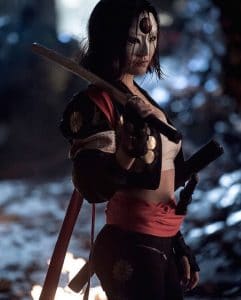 Second, the rest of the ensemble just is there. Katana seems to be in the movie simply to provide

Captain Boomerang is annoying at best and Jai Courtney continues to get large paychecks for doing work that honestly would be considered weak even on a television show like NCIS.

And Killer Croc seems to be there as some sort of racist fantasy. (His serious request for the big reward at the end? That his prison cell gets BET, which, in this distorted universe, still shows rap videos.)

Third, the Joker is proof that they did not, from day one, trust this story. The pieces with the Joker are wedged into the movie at the most random times and, to be honest, his presence neuters Harley Quinn’s agency as a person. Jared Leto’s take on the character seems a pale comparison to the others who have played this role. And it is impossible to watch without thinking about all the press about what an ass he was to his fellow cast members; a better director would have put an end to that mess pronto. (Fun fact: the Joker is a role that has been played by 3 Academy Award winning actors, and, well, 2 out of 3 ain’t bad.)

Lastly, again, we have a superhero movie wiping out a major city by a villain that just isn’t compelling. No spoilers but the essence of the main foe is that there is a tangential relationship that is barely established earlier in the movie. Otherwise, this fight has no stakes, especially as they manage to evacuate the city.

The movie has done well in its opening weekend at the box office. With its success, more movies with an early August release date are likely forthcoming. Will Suicide Squad 2 be one? Based on the strength of this story, I hope not. If DC is willing to trust its intellectual property, and tell a compelling story, then, it may be possible. But I wouldn’t hold my breath.

Suicide Squad gets a very pedestrian 2 out of 10 Nerds, for which it should be very grateful for the star power of its three main actors.

How to Get Started with Board Gaming

7 Interesting Comic Characters You Should Know

Mistakes Were Made: Suicide Squad Edition