What We’re Reading At Nerds on Earth: A Glimpse At Our Nightstands

While we surely spend the bulk of our time in nerdy fare, the Nerds on Earth crew has varied backgrounds and interests, so our reading list might surprise you.

Take a quick glance at our nightstands and you’ll see a mixture of sci-fi, fantasy, leadership, theology, and even some technical titles. So we wanted to take a moment to share what we’ve been reading lately, because it’s always helpful to get some reading recommendations for nerds.

What We’re Reading at Nerds on Earth: Reading Recommendations For Nerds 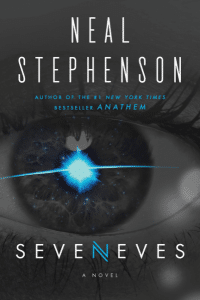 Joseph Just finished the audiobook of Seveneves by Neal Stephenson. Any book that begins with the line “The moon blew up without warning and for no apparent reason” is fine by me. It’s a hard(ish) sci-fi book that follows humanity’s response to the moon blowing up, traversing everything the initial period of planning for survival to 5000 years in the future when the earth is habitable again. It’s a great read/listen!

You can get Seveneves here. 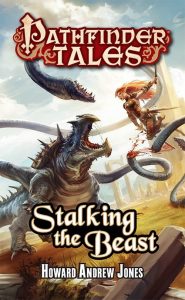 Clave I just finished Stalking the Beast by Howard Jones. It’s one of the Pathfinder Tales books that serve as a companion to the Pathfinder role playing game, and are consistently entertaining reads. Stalking the Beast is the story of an adventuring party that is brought together to track and kill a monster that is terrorizing the countryside. There are elves and dwarves and half-orcs and gunslingers and so much more. It’s action packed and has several twists and layers that add to the fun. It’s a pulpy read and 110% fun. 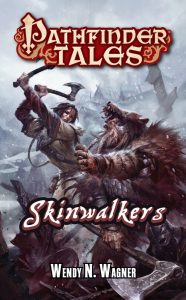 I also finished Skinwalkers by Wendy N. Wagner, another of the Pathfinder Tales books I’ve been shilling for. Skinwalkers has Vikings and Longboats, so it was immediately up my alley. The main character is Jendara, who turned away from her heritage and went to a life as a pirate. After her sister went missing and her father was viciously murdered by cannibals, so hoped to retreat to a simple life of raising her son. Well, if that where things ended, it wouldn’t be much of a book, now would it?

Skinwalkers is pretty low magic as compared to other fantasy books, but the characters and setting made for an entertaining and fast read.

You can check it out here. 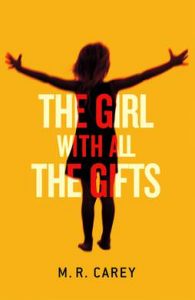 Jason I am about halfway through The Girl with All the Gifts by M. R. Carey. I am reading it as a part of our office book club, so, yes, my office is the coolest. Carey has written comics under the name Mike Carey, so this book definitely has some comic book elements, complete with a superpowered girl. But it is also a deeper dive into yet another semi-post apocalyptic world. It was adapted into a film that is being released at the end of the month. The trailer looks promising.

You can find the book here. 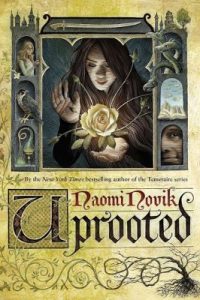 Adkins My informal book club here in town just wrapped discussion on Uprooted by Naomi Novik.  It is an absolutely beautifully written fantasy book about magic, good versus evil, and strength.  Novik does some amazing character work; particularly with the protagonist, Agnieszka, and her friend Kasia.  One discovers a strength she didn’t realize she had, and the other displays the strength she’d been all but forced to cultivate.

And the magic…Oh, the magic is captivating and its mechanics (the way it is cast) is beautiful and captivating.  It falls under the YA category, but that is no knock on Novik’s work.  Definitely worth the read.

There you have it, some reading recommendations from nerds. some being highly recognizable while others were some deep cuts. Enjoy, and please take a moment to share in the comments what you are reading!