Doctor Strange Movie Reshoots: How to Navigate the Rumor Mill

In 1986 a band called Timex Social Club recorded a song called “Rumors“. It was my jam. I tight-rolled my jeans, spiked my hair, and straight wore that cassette tape OUT. Sure, Fleetwood Mac used the word “rumors” earlier, and did it better, but there was just something about that Timex Social Club song that I loved.

Us nerds still love rumors. They are like a catnip that grabs our attention, getting us twitchy for some little factoid that we can blow out of proportion, then banter about incessantly like a sewing circle.

Occasionally, a rumor about a comic, video game release, character casting, or blockbuster movie will trickle out, only to become a full-on brush fire in a matter of hours as it swirls around the Internet. It’s in those times that a rumor will itself become a whole fleshed out narrative.

In this post I want to follow the life cycle of a rumor from its conception in a seedy backwoods hostel, into its awkward adolescence, to when we finally get to the point when Walter Peck from the EPA comes in and threatens to shut the whole thing down.

But since nerdy rumors come in so many forms, we’re going to track a rumor about a comic book movie step-by-step, simply because I need to tether this article in some way and comic book movies seem like a fine example.

With our further adieu, did you hear that comic book movie rumor? I did. Marvel’s Doctor Strange is doing reshoots and they brought in Community’s Dan Harmon for rewrites! 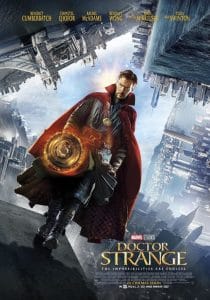 STEP 1: A website that is typically unsourced claims to have a scoop. How do I know Doctor Strange is doing reshoots? I read it on a website that re-wrote what another website wrote. At this point it’s like the children’s game Telephone, with each new website struggling to add something new, yet nevertheless still publishing 400 words anyway.

The rumors could be the rantings of a gaffer looking for a little attention or it very well could be a piece of well-sourced and accurate information. But the point is that we don’t know! Because we don’t have the details, much less enough facts to be able to suss out how it may or may not effect the final movie product.

STEP 2: Nerds freak out. Despite the unconfirmed source and the lack of objective information, nerds everywhere freak the holy heck out. This is to be expected because we nerds obsessively worry about the health of the fictional universes we love, because we’re, you know, nerds. We love this stuff; it matters to us. But sometimes only the headline has been read, and hitting the retweet button is easy, meaning rumors that may not be truthy start to create smoke anyway.

STEP 3: We jump to conclusions. Each us us have formed preconceived narratives that allow us to attach juicy little tidbit to our brains without haven’t to create a new neural pathway. We just graft the news onto something we’ve heard before, like the time Suicide Squad did reshoots. Psychologists recognize that us humans do this all the time.

Besides, reacting is faster than thinking. Preconceived narratives allow us to accept at face value, then react. There is no thinking involved. With the narratives already formed, we simply jump to that conclusion and that gives it “legitimacy” in our brains.

Remember, we’re focusing on comic movie rumors, so let’s discuss some of the conclusions  associated with that genre:

1. Conclusion #1 – There is an illuminati of movie studio executives that are not just hapless, but are maliciously OUT TO DESTROY US. And who would argue with this? We’ve heard actual horror stories of executives tinkering with movies to disastrous effects. There are real stories out there that make pretty much any rumor feel plausible.

So even though there is pretty good evidence that Marvel movie executives work quite well and collaboratively together, they are guilty by association, meaning executive involvement with Doctor Strange must mean bad news.

3. Conclusion #3 – We automatically assume that reshoots are proof positive that a movie is doomed. But the fact of the matter is that reshoots and script doctoring is almost always pre-scheduled, meaning studios have already set aside a few weeks, knowing that they’ll need to come back and clean up a few things. Sure, many reshoots do very well signal that a movie didn’t shape up great, but correlation is not causation.

Besides, directors often ask for reshoots. They might see the first cut and realize something in the scene didn’t click for them the way they’d hoped. 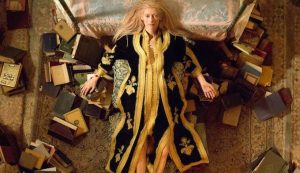 4. Conclusion #4 – Finally, we automatically assume that movies are always better in their original form when only the director can touch it. But the truth is that rough cuts are rough. Most people are ashamed at their first draft of something, before they’ve gotten any sort of feedback. Yet the narrative we hold to is that the first cut of a movie is the purest, best cut and the pinnacle is when a director can fully express herself without any external influence or feedback. I’m guilty here. Personally, I’m not a fan that the original Star Wars films were tinkered with, so I’ve built a narrative in my head that first cuts are the best cuts.

STEP 4: After jumping to the above conclusions, us nerds make wild claims and theories about a small piece of news we hear. Are the Doctor Strange rumors proof that the movie will be the worst movie in a thousands years?!!? OF COURSE BECAUSE REASONS!!

Us nerds should enroll ourselves in a 12-step program for nervous nellies. But once someone has engaged the RUMOR LOCK Key, rational arguments are no longer applicable.

Doctor Strange Reshoots: How to Navigate the Rumor Mill

So what do we do when a rumor gets started?

Read the entire article, not just the headline! The internet is a medium that is largely dependent on text, but is used by a population that really hates reading, much less paying attention to context. Nor does the population care to note the reliability of what they are reading.

So pay attention to the source. It matters.

AAARGH, MY EYE, I JAMMED ME TOAST INIT!

So everybody take a deep breath. And remember that good news about Doctor Strange has also been leaking out like a sieve that’s had the strainer part cut off and is actually just a ring with water running right through it. Besides, there will be other rumors to distract us soon enough.

Cyborgs and Cybernetics in Popular Culture, From Edgar Allen Poe to the X-Men