Your RPG Character According to the DSM-5

When we take on the role of our characters in our favorite tabletop role playing setting or system, we can be whoever we want.  That kind of freedom paired with our repressed desires and/or real life proclivities can have significant affects on our characters!

In some cases, we adopt mannerisms and habits that lie well beyond what we’d actually do ourselves in the real world.  That’s kinda the draw when it comes to fantasy!  We’re unbound and seek to live into that as advantageously as possible!  Sometimes that translates into characteristics that are totally laudable IRL; like courage and heroism.

In others though seemingly innocuous acts within the fantasy setting have stigmas attached to them in reality.  If you stop to really evaluate your characters along lines beyond levels and abilities, you may notice that the poor saps have some debilitating manias and phobias that would significantly affect his or her ability to function normally (a somewhat loosely defined word) in the real world.

We’re going to use the Diagnostic and Statistical Manual of Mental Disorders (DSM-5) to (very loosely) diagnose our heroes and heroines.

Phobias fall under anxiety disorders in the DSM.  Anxiety disorders cause the experience of unpleasant emotions and are sometimes accompanied by nervous behaviors or by complete inactivity (a shut down).  They are also usually considered to be overreactions to only subjectively (as opposed to objectively) threatening stimuli or situations, though real fear and real causes for fear underlie many phobias.

Monophobia, alternatively called autophobia or isolophobia, is the fear of being alone.  Who knew “Never split the party” was a nervous response generated by a monophobe only so he or she could avoid a situation that would cause them undue stress?  When you think about it, most of our characters likely suffer from crippling monophobia!  How many of them experience no ill feelings or anxiety upon the mere thought of separating from the group for any more time than it might take for them to use the bathroom behind a tree?

Disposophobia is the fear of losing or disposing of stuff.  It is typically characterized by excessive acquisition and can also be called compulsive hoarding.  This pairs frighteningly with kleptomania (see below) and together they account for our incessant looting of bodies, opening of chests, and Perception rolls for secrets.  We don’t want to miss a thing and will often acquire items that are well beneath our needs to feed another mania – plutomania (also below).  Our characters tend to be mild disposophobes and acute plutomaniacs.

Decidophobia is the fear of making decisions.  This manifests itself in our characters’ lives in a number of ways including but not limited to: 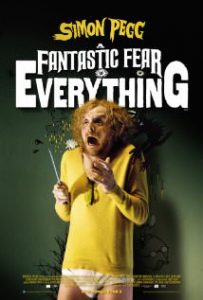 of a game that you know is populated by monsters and other beings who could kill you with a wink of their eye should you cross them too early.  Our characters become wary of all sorts of stuff:  Squawking birds, footprints, shadows,  old ladies, even inanimate objects (flying brooms, mimics, etc)…You name it, it causes your character anxiety because they don’t know what these things may portend.

Panophobia may be the most warranted phobia of the few listed here.  It pays to be cautious, for sure, but you transition from reasonable caution to full-on panophobia when you believe literally everything and everyone is out to get to you.  Be Sherlock Holmes, not Jack from A Fantastic Fear of Everything.

Manias qualify as disruptive, impulse control, and conduct disorders.  They tend to be characterized by insatiable urges and the inability to resist them.  The urges themselves may or may not be normal or common urges, but shift into manias when they cannot go unsatisfied.  We’ll start with an obvious one.

Kleptomania is the inability to resist stealing things.  This one pretty much goes without arguing.  How often do we find ourselves stealing from both the living and the dead in our favorite games without giving so much as a thought to the morality of it?  Morality rarely figures in at all unless we’re caught – then we know without a doubt we’ve done something wrong.  But that knowledge does not affect our wrongful acquisitions one bit.

And this particular mania is somewhat enabled by the modules themselves which list the various items stashed in armoires and the dead’s pockets.  But the presence of the stimulus (loot of various kinds) does not necessitate the presence of the mania; only our inability to resist the temptation to take it all for ourselves.

Phonomania is interchangeable with homicidal mania and usually only applies to parties of PCs who are particularly weak on the RP part of an RPG.  Sure, killing is practically a must in any given adventure (has there ever been an adventure with a no-kill run-through possible for completion?), but when it is your default MO in any given situation, you’ve got a problem.

Plutomania is the intense desire to acquire wealth.  Money is frequently the motivator for many of our

actions within the fantasy setting.  It can even feed other aberrant behavior such as kleptomania and disposophobia; we acquire the various baubles and inferior armor and weapons only so that we might make a few GP from them.

You’ll often see this played out by the rogue who is constantly trying to Sleight of Hand loot from under the wary Paladin’s righteous gaze or the Chaotic Neutral party member who always haggles for more gold for services rendered.

Our characters are a mess!  They may fit right in to their unique settings, but they’d quickly find themselves lying on a couch in a well-furnished office under the compassionate scrutiny of a behavioral therapist or in a padded room restrained by a straightjacket under heavy guard.  But I’ll be darned if the various phobias and manias that find their way into their DNA don’t make them more interesting and fun to play!

Which diagnoses apply to your beloved RPG character?  What additional manias or phobias would you add to our list?  Drop in on our Character Sheets Facebook Group (which is dedicated to all thing TTRPG) and let us know!

Looking back at Keep on the Borderlands, one of the all time great D&D adventures.

Finding the Fun in Board Games

How to Create a Board Game(r)

Board Game Choices: Which Talisman Variant Is Right For Me?