Some thoughts on the D&D 5e Artificer Class

It’s clear that new class rules will be dropping in a new D&D book soon. The evidence for this is the thunder wave of new Unearthed Arcana articles that introduce new classes for playtesting.

Just recently, we saw what may have been the biggest jaw-dropper yet: the Artificer class.

Some thoughts on the D&D 5e Artificer 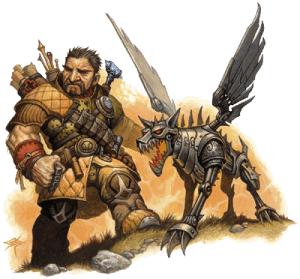 First, what is it? Well, here is the official PDF for download, but a quick summation is an artificer is a craftsman who melds magic with invention, augmenting items into alchemical weapons or even into firearms. So while the artificer is the base call, the character can choose the alchemist or gunsmith specialty.

Again, download the full PDF for the nitty-gritty details, but here are some assorted thoughts:

I love the artificer. Given the choice between no alchemists or gunslingers in D&D 5e and the artificer, it’s a easy choice. At a high level, the designers created an excellent and well thought out build that will satisfy a broad swatch of D&D players.

The entire build of the artificer passes the “first read” test, meaning that not only does it hold up to general scrutiny, but it makes you punch the air in excitement in several places. The artificer has made a lot of geeks happy at ‘hello.’

It’s a throwback, yet fully modern. The artificer was originally a class built for the Eberron campaign setting about a decade ago. [Here’s an intro to Eberron, if you aren’t familiar.]

Crafting and crafting classes have had various iterations among the various editions of D&D, yet they have always been a little crunchy in terms of managing time and resources. What the Unearthed Arcana drop has done is give us a crafting class that is immediately playable and available for action. It’s another feather in the cap for the streamlined and elegant nature of the 5e ruleset. 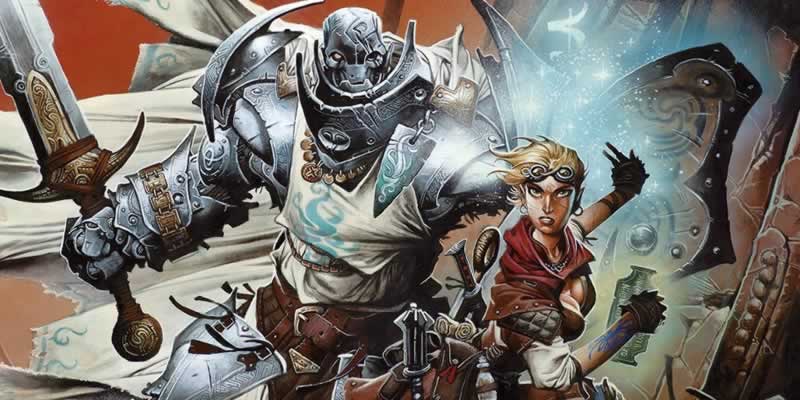 It’s magical science. Despite D&D having their name on the marquee for fantasy, it’s still difficult for some D&D players to suspend their disbelief enough to simply say “this can happen because a wizard did it.”

It is understandable that there will be a number of D&D fans with a level of distaste for having firearms in their games. For one, it is difficult for some to hold the balance of a fantasy setting that includes technology in tension in their heads. In addition, there is the reality of how you balance the damage of a dagger with the potential damage of a firearms. Guns are made to kill.

But rather than get too crunchy, the D&D 5e designers did a nice job of creating the flavor of the artificer class to feel very “magical”, rather than an engineering, scientific approach. The artificer blurs that line between some pool-based classes (like rage points, ki, maneuvers) and a general spell casting class.

The specialties are where it shines. Let’s be honest, most folks are going to gloss over the artificer as a core class and bore down immediately into the two specialties–alchemist and gunsmith.

The designers did some truly clever things. The Alchemist’s Satchel and Arcane Magazine were brilliant design decisions. As I said before, crafting classes have always been a little fiddly when it comes to time and resource management.

The Satchel and Magazine allow D&D 5e to magically hand wave much of that stuff away, leaving a flavor-filled means to still ground the class. Sure, there is a little crunch like, “If you lose your Arcane Magazine, you can create a new one as part of a long rest, using 25 gp of leather and other raw materials.” But it feels like just enough.

It will find polish with playtesting. I’m not an official playtester, so I’m going to stay pretty mum on some of the little tweaks and adjustments that I’d make personally. (There are a few of them.) Instead, I fully affirm the process the the D&D 5e team has taken in terms of playtesting. They’d established a track record of both listening to the community and investing the time necessary to get things right. I’m fully confident the artificer will polished up nicely.

Artificers lend themselves to being an intelligent and resourceful class for D&D 5e.  The design allows players to set aside mechanical concerns and jump right into creating a fun character. Pump up the characters INT score, then choose either the alchemy or gunsmith specialty. And you’re golden.