Last year I spent a lot of time walking around my neighborhood in pursuit of completing a 1,000 mile challenge (which I successfully managed). It didn’t take long for me to grow bored with the scenery as I stomped the same circuit three to six times a day, almost every day.

Something had to entertain me for those long hours.

I wasn’t big into podcasts at the time, but that seemed like the logical solution. I could pursue my fitness goal and expand upon my nerdy horizons. Double win.

So 2016 was the Year of the Podcast for me. It was the year I was introduced to the likes of The Glass Cannon Podcast and The Adventure Zone – both of which we’ve written about previously here at Nerds on Earth because they’re awesome.

But I was also turned on to Jay & Miles X-Plain the X-Men. They’ve walked me “through the ins, the outs, and the retcons of comics’ greatest superhero soap opera” for more than 250 combined hours now.  The least I could do is honor them with 800 words of praise and recommendation.

Here’s where my nerdy confession comes in: When it comes to reading books or watching movies, I can analyze and interpret what I’m exposed to fairly easily. I may not always be right, mind you, but I always have an opinion and analysis. For some reason…when it comes to comics…I rarely get past the surface.

Maybe I get distracted by the pretty pretty pictures? I have no real answer to explain my deficiency. I tend to take comics at face value. I mean, I love them at the surface level plenty, but I know there’s more to them (usually) than that. 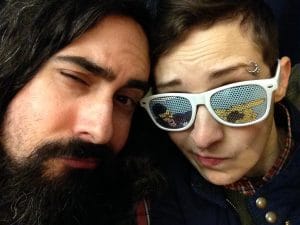 And I think this is what I appreciate most about Jay and Miles, to be honest. They read between the lines, interpret, research, interview, dissect, vehemently criticize at times, and lavish praise at others.

I jumped into the podcast thinking I would be treated to an ironing-out of some of the crazy continuity sins the X-books are guilty of, but have found that what I love most is the hosts’ literary, ethical, emotional, and character analyses. They’re intelligent and thorough and unfailingly bring something to the table that enhances every issue they address.

I do feel obligated to draw your attention to the fact that their podcast is marked with a little red E for explicit content – most of which is earned through coarse language and some of which might be earned through the addressing of very adult topics present within the comics they’re reviewing.

Jay and Miles don’t shy away from any issues or topics that I can recall…sexuality, racism, misogyny, violence, depression…you name it, they speak about it fearlessly, carefully, and intelligently.

Of course the two hosts also have a lot of very evident fun, as well. The episodes are riddled with laugh breaks, built-in drinking cues, wild tangents, and pleas for Marvel to hire the two of them to write a comic they’ve pitched.

Almost every episode is comprised of four major segments:

Some episodes deviate from the usual formula to bring you something new and awesome including comic creator interviews, play-throughs of X-Men RPGs, and discussions on X-Men related movies or TV shows (both new and old).

A Weekly Podcast Worth Subscribing To

If you grew up on the X-Men, you’ll likely dig this podcast. They start at the very beginning in Episode 1: The Strangest Podcast of Them All and are now well into the 1990’s with Episode 268! And they’re awesome about letting you know when you can find the issues they’re covering on Marvel Unlimited so you can read along – which I particularly love. 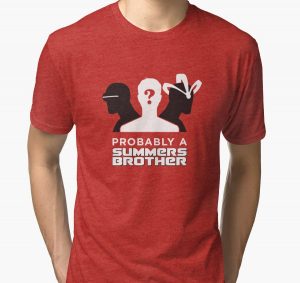 Jay and Miles X-Plain the X-Men releases weekly on Sundays and there is a MASSIVE backlog plus visual companions to each episode, extras like video reviews of current X-books (thanks to a Patreon milestone), and merchandise (my personal favorite being the “Probably a Summers Brother” shirt!).

There’s much to love whether you’ve been an X-fan since their inception and you want to reminisce or you’ve just bought your first ever single and you’re wondering what in the world is going on.

I love me some actual play podcasts, but Jay and Miles X-Plain scratches a whole ‘nother itch and I love Monday (that’s when I’m able to get to it each week) for no other reason than for the newest episode’s release.

Some thoughts on the D&D 5e Artificer Class

Recap and Review of Agents of SHIELD, episode 410: The Patriot