We at Nerds On Earth aren’t sure why movies about the end of the world as we know it are so popular–maybe it makes the present seem decent by comparison. Whatever the reason, the genre’s loaded with awesome movies. Here are the seven best. 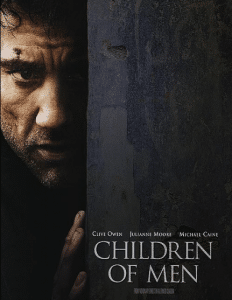 Children of Men is less of a post-apocalyptic film than it is a pre-apocalyptic one. Maybe a “mid-apocalypse” would be more appropriate. The story takes place in England in 2027, 20 years after the global birth rate dropped to zero. Humanity is facing down a very gradual extinction, and Theo (played by Clive Owen), can’t really be bothered to care. Then he meets Kee (Clare-Hope Ashiety), who might be the last pregnant woman on the planet.

Alfonso Cuarón films Children of Men like a war correspondent. It’s fast, jerky, and immediate, with many of the scenes shot in extended single takes. And his eye for background detail gives the world a remarkable amount of depth, with everything from graffiti to TV commercials helping to build the universe. The world of Children of Men and is grimy, desperate, and anxious, but it recognizes the fundamental truth of all apocalyptic movies: they are not about despair, but hope, hope that the world can be saved. As Theo and Kee struggle to restore humanity, that hope is there. It’s fragile, but it’s savage.

Plus, Michael Caine is in it, and he’s great. 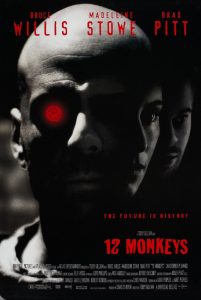 I would normally consider a lack of robots a disqualifying feature for a film, but what it lacks in robots it makes up for with career-best roles for Bruce Willis and Brad Pitt, with the former playing a perpetually disoriented, time-displaced brute and the later as a twitchy and maniacal mental patient.

Like all of Gilliam’s films, 12 Monkeys has its own distinct feel, a slightly twisted, funhouse mirror-world, where the mental hospitals look like Gothic cathedrals and the main theme sounds like someone having a nightmare in an accordion factory. The plot is similarly recursive, jumping from present to future to past and back again. The glimpses of the blasted, tortured future are brief, but fascinating and terrifying in equal measure, and if they prove one thing, it’s that cockroaches really will survive after all of us. 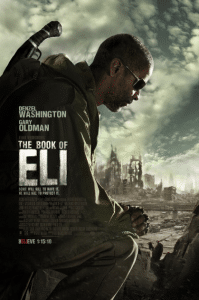 The Hughes Brothers’ Book of Eli is a proper post-apocalyptic film, by which, of course, I mean it’s in the future, everything’s a desert,
and bikers with questionable taste in leather terrorize the cracked remains of the highway. The cast is equally standard: you’ve got Denzel Washington as the eponymous Eli, a sword-wielding badass with a mission and a mysterious past; Gary Oldman as Carnegie, a warlord trying to rebuild civilization; and Mila Kunis as Solara, a young woman with a thirst for adventure.

Book of Eli might be as well be called Book of Post-Apocalyptic Cliches if it wasn’t for two things: a genuinely interesting plot device that invests the film with a unique spirituality, and an aesthetic that oozes style. From the balletic fight scenes to the ethereal soundtrack, Book of Eli has the look and feel of a film that wants you to sit down and pay attention. It’s those elements that elevate Book of Eli above the crowd of other dusty, Clint-Eastwood-after-the-nukes movies. 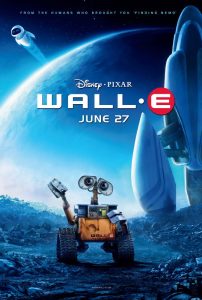 “It’s a post-apocalyptic movie about robots.”

That’s how I imagine the pitch meeting for Wall-E, a 2008 film from Disney/Pixar, famously a studio not known for dystopian science-fiction. But Wall-E makes it work, with its adorable mechanical protagonist and the gorgeous visuals. Unlike most post-apocalyptic movies, Wall-E has a tone of relentless optimism, even joy. It’s refreshing to see a movie that treats the end of human civilization as a temporary stumbling block, rather than–well, the end of human civilization.

Wall-E also deserves praise for how well it tells its story, for the most part, free of dialogue. Watching the little robot putter around among the towers of garbage is a treat all on its own, and I don’t think it’d be too controversial to say that Wall-E has more charm and charisma than most movie protagonists these days. 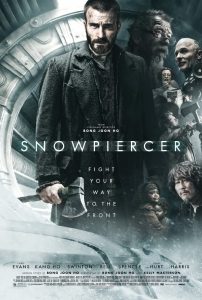 It’s reductive to call describe the plot of this movie as “Captain America leads a peasant revolution on a train,” but that’s not gonna stop me. There are two things to know about the future world of Snowpiercer: First, we solved global warming by plunging the planet into eternal winter. Second, all surviving humans live on a massive train that circumnavigates the globe, never stopping. If you’re on board (no pun intended) with that, you know all you need to know about this film.

Chris Evans is Curtis, the strapping leader of the have-nots on the back of the train who leads a revolution against the haves in the front. To get there, he has to lead his crew through racks of stasis pods, classrooms, clubs, and at least one sushi bar, each new setting a different car on the train. I’ve written before about how Snowpiercer is different from traditional post-apocalyptic films; if you’re looking for something with a twist on the genre and a unique style, this movie is a great choice. 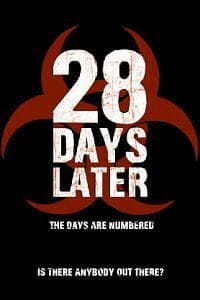 28 Days Later was the first zombie movie I enjoyed, and it’s still my favorite (sorry Shaun of the Dead). It also introduced the world to the idea of “fast zombies,” which may or may not be a good thing. Zombies have always been a staple of post-apocalyptic fiction (World War Z, I Am Legend, and the later Resident Evil films, for example), but 28 Days Later firmly carves out its own space in the genre.

28 Days Later, like World War Z (the book, not the movie) is a story about humanity dressed up as a story about flesh-eating monsters. Director Danny Boyle tackles big questions about morality in the face of disaster, and with an excellent cast including Cillian Murphy and Christopher Eccelston, 28 Days Later joins Children of Men as an excellent British post-apocalyptic movie. 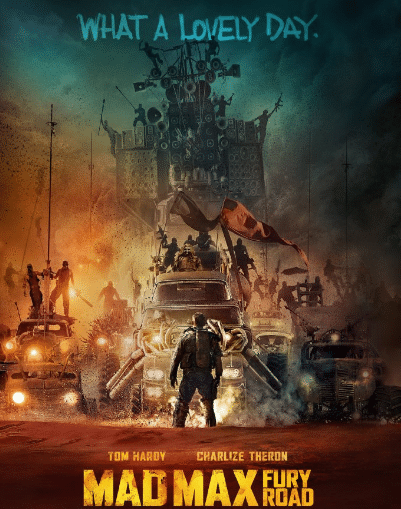 Honestly, I could make a case for any one of the four Max Max films. The 1979 original is a violent, idiosyncratic revenge movie; the sequel unquestionably set the standard for every post-apocalyptic movie to come; Beyond Thunderdome is beyond wacky and nothing but fun. But Mad Max: Fury Road found a way to bring all of the elements together into a visual and aural feast.

Fury Road is more than a movie–it’s a series of declarative sentences about feminism and environmentalism, each punctuated by an explosion. It’s an expressionistic painting of the future on a canvas of sand, fire, and gunpowder. And if any of that sounds like it’s too poetic for a movie where Tom Hardy tries to chew off somebody’s hand…

Well, maybe it is. But it changes nothing–Fury Road is the best post-apocalyptic movie there is.

Ross Hardy is currently stockpiling beef jerky and baking soda to prepare for the apocalypse. He wrote a book you can read and a comic you can buy. He tweets often, but not about comics, at his new handle, @GeorgiaWonk.

Is This Nerdy?, Pt. 2 – Calculator Watches

Comic Haul: Unboxing X-Factor (And learning a little bit too!)