If you haven’t seen the first six minutes of The Gifted, give that a watch. Then let’s go through the cast of the show and connect them to their X-Men counterparts from the comics.

Blink is the first character we see, played by Jamie Chung. Comic book fans know Blink as a mutant with the ability to teleport via creating portals (that are often portrayed with a colorful hue).

Blink actually first appeared in the movie X-Men: Days of Future Past, but The Gifted seems to portray Blink as a younger character who isn’t fully in control of her powers. 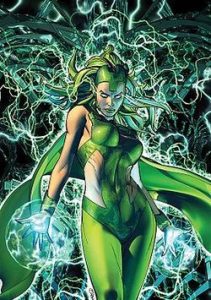 Other mutants quickly show up in the clip. The first was John Proudstar (played by Blair Redford), a mutant comic fans know as Thunderbird. The Gifted portrayed Thunderbird as a tracker, leading other mutants to rescue Blink.

Comic fans might remember Thunderbird as possesses superhuman strength, speed, and heightened senses, enabling him to become the aforementioned tracker. Comic fans might also remember that he died almost as soon as he appeared on the page, so we’ll see how The Gifted treats his appearance.

Joining Thunderbird was Emma Dumont as Lorna Dane, a mutant known as Polaris. Within the Marvel Universe, Polaris is Magneto’s daughter. She shares similar powers of magnetism, while also having a fondness for the color green.

A new character was introduced, played by Sean Teale. This character goes by the codename Eclipse and appears to have powers associated with manipulating light. Eclipse is also shown in a relationship with Polaris. Polaris is written in the comics has exhibiting instability, and it appears the television show picked up on this, as she lost control of her emotions when Eclipse was shot.

Those characters are only those shown in the first few minutes of the pilot episode. We also know the the Strucker family will be the show’s center.

Other mutants round out the cast. Jermaine Rivers plays the mutant Shatter who has impenetrable skin. Shatter is associated with the Morlocks, an underground mutant group, literally, as the morlocks lived in the sewers beneath New Year City. This pairs well with the theme of hiding and on the run. 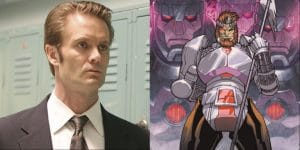 Supporting them on the run will be Sage, played by Hayley Lovitt. In the comics, Sage possesses a mind that is like a living computer.

Burn Notice alumni Coby Bell plays Jace Turner, a former mutant hunter co-worker of Reed Strucker’s in the Sentinel Services. With him is Ahab, played by Garret Dillahunt. In the comics, Ahab is a well-known mutant hunter.

It’s an exciting cast, mixed with well-known comic characters, remixed characters, and brand new names. The Gifted is said to be set in a separate universe than the X-Men movies. Regardless,I’m excited to see how the story unfolds.