Chucky Always Comes Back: A Review of Cult of Chucky

When I was a kid, I begged my parents to let me watch Child’s Play with them. Had I known then that Chucky would come to haunt my dreams for years to come, I’d have passed. 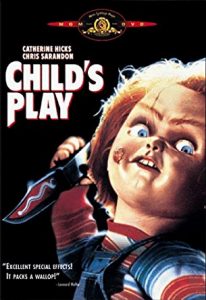 Years later, as a twelve year old and not long after the theatrical release of Bride of Chucky (1998), I saw that the Sci Fi channel was airing the original trilogy back to back to back. It was then that I decided to face my fears, and over the course of the next six hours or so, the systematic desensitization worked its wonders and I fell in love.

Editor’s Note: In fact, I read a post by Matt Donato over on slashfilm.com that was almost exactly my experience. Read it here!

From that fateful day forward, I was all about all things Chucky. I was just barely old enough to catch Seed of Chucky in the theater without adult accompaniment – which I did. And both Curse of Chucky and now Cult of Chucky were hungrily bought up from a store shelf the day they released and promptly watched.

Warning: There are some spoilers below!

Cult of Chucky: A 6 Minute Sequel

The runtime of the movie is actually just north of 90 minutes, but I’ll make a bold statement here before jumping into the actual review: The first six minutes of the movie could have been released as a webisode-type sequel somewhere online and I’d have been 100% satisfied with it.

That is no knock on the other 85 minutes, but it is one heck of a commendation on the sequence before the titles begin to roll. In isolation from the rest of the film, it places a perfectly cathartic cap on the franchise and it simply bleeds a great horror movie vibe.

Everything was downhill after that.

If you’re a fan of franchise, there is a lot to love about Cult.

The setting serves the film well in several ways. Nica, introduced in Curse of Chucky, has been institutionalized after being convicted of the killings in the last film. During off screen therapy time, she’s been convinced that she was pathologically jealous of her sister and possessive of her niece (a statement that I’ve duplicated nearly verbatim from the movie that screams the idea that she’s been given a script by her therapist given the jargon within it).

Then when the killing begins, the therapist chalks it up to mass hysteria; a nice touch.

The concept is creative and fun! Chucky always comes back. In all but Curse, the how is shown cinematically. Cult sorta retroactively explains how he came back in the newer installments: He found a new voodoo spell to Dambala online (voodoofordummies.com; Mancini continues to honor the voodoo angle that he never loved while also taking stabs at it) that allows him to replicate his consciousness instead of just transferring it.

Yep, there are multiple Chuckys in the movie.

And that concept provides for some neat twists and misdirections throughout the movie that are brand new to the franchise. You’re kept guessing.  I actually watched it with someone who eventually started using a small whiteboard to try and keep track of the Chuckys. It was hilarious!

And, of course, it opens the door wide, wide open for further sequels.

Chucky is at his most devious, malignant, and sadistic. Dude is downright dirty in this movie. And if what is presented onscreen isn’t enough, there is a mention of what happened to Nica’s niece, Alice, offscreen that is diabolical.

Chucky isn’t the only (and possibly not the creepiest) villain in the movie. The therapist in charge of Nica is frightening. Even Chucky himself gives the man some credit, at one point exclaiming, “I don’t know whether to kill him or take notes!” The therapist is 100% the guy you’re going to hate in this movie.

And that is in part due to the iconography of Chucky: If you’re still watching this franchise, you know that narratively he’s the villain…but you don’t perceive him as such anymore. The therapist was a necessary component to the film for that very reason.

The humor is better than ever. There is an argument to be made that Bride is the funniest movie in the franchise (I personally think Seed tried too hard and failed), but the humor in Cult is done in better proportion (not nearly as large a role as in Bride, but its still prominent) and quality.

When the cult of Chucky is formed, there’s a solid 5 minutes of genuine comedy that is really, really well done both on the script end and the direction end. And the first person in the asylum to see Chucky alive has a hilarious exchange with him, too. 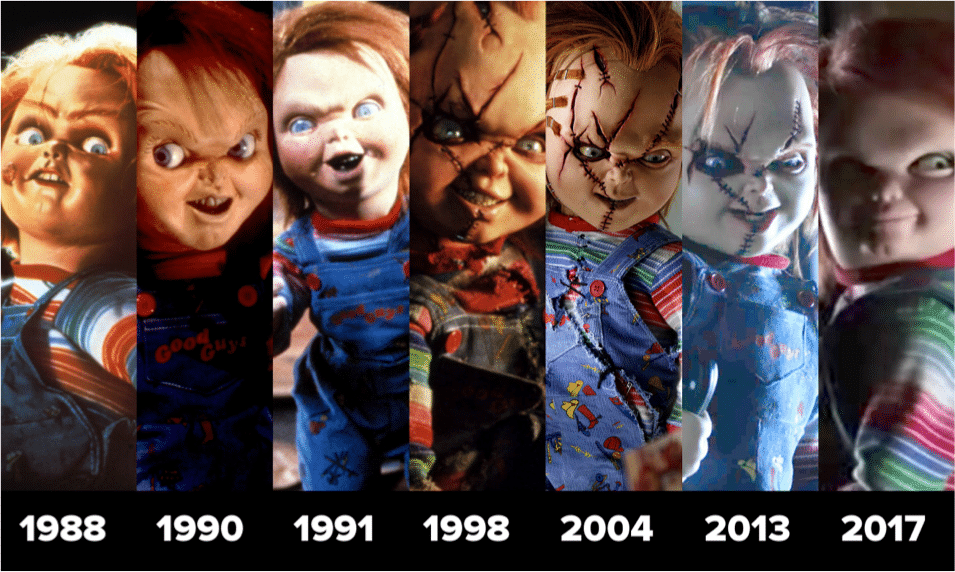 A Franchise with (Tiny Plastic) Legs

What do the following major, long-running horror movie franchises have in common?

They’ve all been rebooted.

It struck me as I watched this seventh installment in the Child’s Play franchise that it is going strong nearly 30 years after its introduction in 1988…without having been rebooted.

That is quite an accomplishment. And what’s more: Don Mancini, the original creator of the franchise idea and director of several of its installments, has pointed out that the new movies (Curse of Chucky and now Cult of Chucky) honor literally everything from the previous movies as canon.

That is a really neat accomplishment as well, and that takes an awful lot of intentionality. Cult is riddled with nods to the earlier movies, and I love it. Watching it feels like a reward for getting this far in the franchise; like a favor from the writers to the audience for sticking with them for so long.

WE are the cult of Chucky.

From worst to best:

The Nerds on Earth Podcasts: Sweet Stuff for Your Ear Holes