Life in post World War I Russia was bleak. Estimates of deaths from the war were at 1.8 million people. And when hope is lost, thoughts of revolution rise. As a result, there was a small sect of Russians who wanted to remake their world, being taught by WWI that life is finite and fleeting. But what if there was a way to live forever?

With immortality as the goal, this small group of anarchists published a manifesto disguised as a poem about cryonics, the technique of deep-freezing the bodies of people who have just died, in the hope that scientific advances may allow them to be revived in the future.

Between Life and Death
Will ram a heavy wedge, A third door opens,
For the world, anabiosis.
[…]
And when all the work is done
And, when as a perfect toy, Earth—
Wake up, the living, again

Their manifesto was based on the theories of the Russian scientist Profirii Bakhmet’ev, whose experiments with freezing insects and small mammals made the science seem plausible, although the leap from bug to human feels a little too wide a chasm to me personally. The dream was that not only could they fix their dismal post-war conditions through immortality, they would eliminate disease, revive the great thinkers of the past, including Shakespeare and Socrates, and raise the lost city of Atlantis, for some reason.

Lich, please. Us D&D nerds have been riffing on this idea for decades. Below is a D&D 5e encounter inspired by this true life tale that you can insert it into practically any campaign for a little bit of flavor. 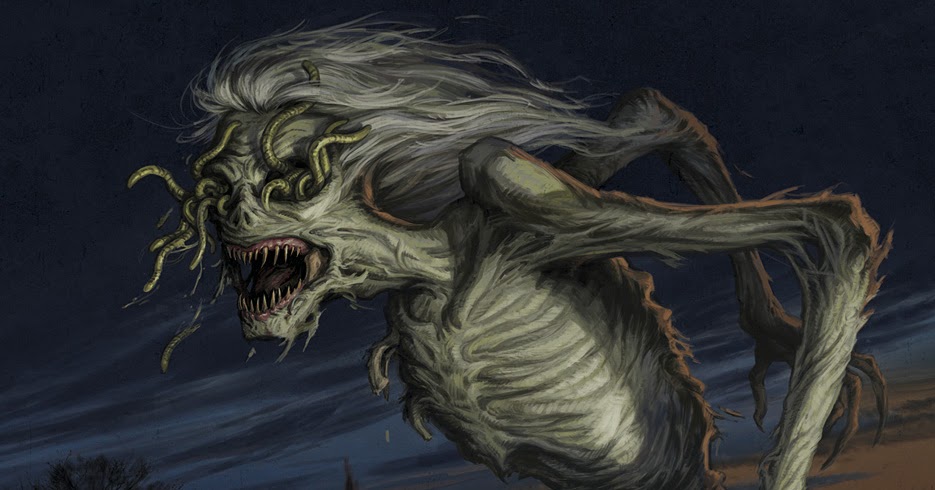 The opening text for the Spawn of Kyuss in Volo’s Guide says thus:

“Kyuss was a high priest of Orcus who plundered corpses from necropolises to create the first spawn of Kyuss. Even centuries after Kyuss’ death, his mad disciples continue performing the horrific rites he perfected.”

Simply substitute the name “Kyuss” for your stand-in for Russian WWI-era cryonicists and you have yourself an encounter.

Using the Cult Fanatic template from the Monster Manual, style your cult leader leader. He’s the true believer that has been experimenting in order achieve eternal life. Just like Profirii Bakhmet’ev began with freezing insects, the Cult Fanatic started small, but with worms this time in order match the flavor of the Spawn of Kyuss in Volo’s Guide.

The Cult Fanatic template is a CR 2 so dialing him high could make the encounter too difficult. Instead, play him grandiose. He’s a kook with delusions of grandeur after all, not a strategist. But in keeping with the principles of cryonics, skim his spells and abilities toward freezing or cold effects. 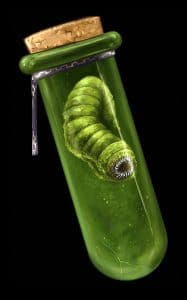 He is flanked by two Acolytes (Monster Manual template), but they aren’t true believers. They were suckered in by false promises and while not entirely hapless, their attention should be directed toward not having the Spawn of Kyuss infect them, rather than as serious combatants towards the PCs.

A Spawn of Kyuss is a zombie at quick glance, but it has Regeneration, and most notably, an ability called Burrowing Worm. It launches worms from itself that attempt to burrow into the skin of victims on the next round. It’s likely that at least some PCs will need to burn a turn frantically trying to brush off and stomp creepy undead worms or risk being corrupted. A simple DC 10 Nature check reveals to the PCs that they would be advised not to let a worm linger on their skin more than a round.

The two Swarm of Rot Grubs signal that the crazy experiments of the Cult Fanatic have already gone awry by the time the PCs arrive on the scene and should be treated as reskinned collections of Burrowing Worms that have already broken off from the Spawn of Kyuss.

The Acolytes are already engaged with the Swarms of Rot Grubs, presenting what could be a comical scene, which is crazy cultists falling prey to their own experimentation while the Cult Fanatic raves and tries to restore order.

NOTE: If all the attention is directed solely at the PCs, the CR of the encounter increases to a point that the PCs might find themselves in a pickle. A piece of dialogue for the duped cultists might be something like, “This isn’t what I signed up for!” as they work to swat worms off themselves or direct a Swarm of Rot Grubs away from them.

This encounter takes a dash of real life history and uses some easily re-skimmed monsters and raving NPCs that can be played with a comedic effect. I’m in.

It is absolutely worth reading through Volo’s Guide to pick out a few monsters. And consider designing unique encounters around some real life history. Sometimes the truth of stranger than fiction.

Top 7 Board Games for Couples