Brandyr is back!  He is well overdue some comeuppance.  Will he get it in Episode 131 – Give and Let Die?  Tune in and find out!

After a grueling gauntlet of battles, surrounded by the bodies of both foes and friends, Brandyr returns to confront the party in the thrilling Book Three season finale! 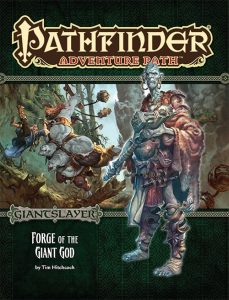