By Andrew Heaton On Dec 30, 2017 Last updated May 31, 2018
Share TwitterReddItPinterestFacebookEmailPrint

Earlier this year, Wyrd launched a new tabletop RPG set in the Malifaux universe, first introduced in their miniatures game from whence the setting draws its name. This new game, Through the Breach, presents an interesting new take on the general ideas shared by most tabletop RPGs, though if you’ve played a few others, it should still be familiar enough for you to be able to get a game going in no time.

Wyrd Through The Breach: Cards, Not Dice 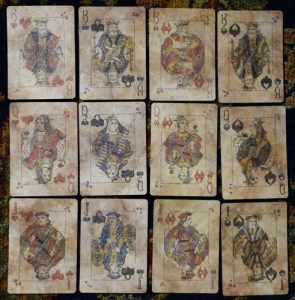 The most obvious difference to the casual observer would be the Fate Deck, a deck of 54 cards used to represent the random chaos of the universe. That’s right, folks, you don’t need to roll a single die while playing Through the Breach, all you need is a couple decks of playing cards.

As players take actions, they will take the values of their own statistics and skills, then draw a card from a deck in the middle of table, adding the number and suit (it makes sense when you play) on the card to them to determine whether or not they were successful. After the action resolves, the used card is moved to a discard pile, not shuffled back into the deck.

The statisticians out there will note that this represents a fundamental shift in the randomness of action outcomes in this game compared to others, as every card removed from the deck alters the possible values of future draws. This is probably one of the most interesting things about this game. Imagine if you rolled a natural 20 in the first round of a combat in Dungeons and Dragons, and knew that meant you couldn’t roll another one again until you resolved that combat.

Wyrd Through the Breach: The Fated 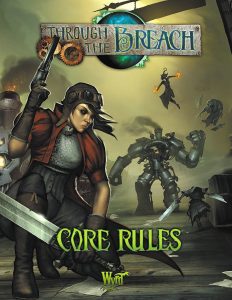 Player characters in this game are referred to as the Fated, and one other rule in action resolution helps to represent this idea of destined individuals. As part of the card driven character creation, players create a smaller deck of 13 cards out of their own standard 54 card deck, known as a Twist Deck.

During the game each player has a hand of cards drawn from their own Twist Deck. Whenever they draw a card from the central Fate Deck, they can replace it with a card from their hand. Playing a card from your hand does not immediately allow you to draw another card to replace it, meaning you must be careful lest you run out of Twist Cards, leaving all your future in the hands of fate.

Specific situations allow you to draw new cards into your hand; most commonly failing a certain type of action determined by your class, called your character’s Pursuit. After having played a handful of other games where everything is determined by independently random numbers generated on rolling dice, the card based system is a refreshing change of pace, and fun new mental exercise in deciding when to push your luck or when to play it safe.

Wryd Through the Breach: Pursuits

Speaking of the Fated, one step in character creation definitely sets this game apart from others I have played. One of the last steps in character creation is choosing a Pursuit for your character, or in more familiar terms, a class. However, it makes sense that they gave classes a name like Pursuit in this game, because they are far more ephemeral than the traditional idea of classes.

While in most other games it is possible to start dabbling around with alternate classes whenever you level up, in Through the Breach, part of each gaming session is actually determining what Pursuit you would like to be working as for that particular adventure. Seems like you’re going to be investigating some supernatural murders? Maybe your party will be Academics and Dabblers (the Malifaux version of a mage). Figure you’ll get caught up in an old-fashioned gun fight to rescue some settlers from bandits? Maybe go for some of the more straight forward fighting pursuits, like Gunfighter or Scrapper.

Wyrd Through the Breach: Setting Up A Session

As players will obviously need to have an idea of what they’ll be doing in a given play session, the blueprint for adventures is designed to grant them the information needed. While they are referred to as “sessions”, it is possible that one could last more than one night, depending on how much time your group likes to spend eating junk food and yelling at each other. 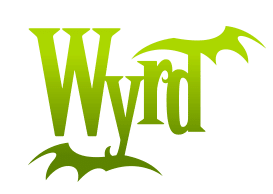 Each small adventure is normally focused on a single Fated character’s next Destiny Step, one of a series of cryptic glimpses into their future generated as part of character creation. The first part of the session is the prologue, a more role playing focused sequence where cards are not actually drawn from the Fate Deck. Game masters can use this sequence to show players what sort of adventure they’re about to go on, perhaps having a local damsel approaching them to ask their help saving her family, or the group having a good time at the opera when suddenly one of the actors falls over dead from poisoning. Players can explore the area and speak to NPCs to try and gather information they might need, with play being restricted to narrative interactions.

At the end of the prologue, players decide what pursuit they will be using for the rest of the session, and the game becomes a more familiar process: exploring, puzzle solving, and shooting their way to the resolution of what the GM has written for them.

The Destiny Steps generated for characters does present an interesting wrinkle in the normal pursuit of a game master. As each adventure is supposed to be overall about a randomly generated fortune given to one of your players’ character, there is inherently a need for more customization in adventures, even when using one of the premade adventures released by Wyrd. As such, it might be a good idea for more experienced GMs to take the first crack at running adventures for your group.

Wyrd Through the Breach: An Innovative Steampunk Tabletop RPG

Overall, Through the Breach seems like an innovative and well-made game. I’m not a fan of steampunk in general, so I’m not sure if the Malifaux setting is a very original take on the genre, but the well fleshed out backstory presented in the Core Rules seems like an interesting portfolio from which to pull characters and adventure backdrops.

There are several different books of rules available for the game, but if you want to give it a try, just the Core Rules book should be more than enough for your play group to get into a few adventures. You can buy one of their specially printed decks of cards, but the rules have an easy way to translate the special Fate suits over to the suits of a normal deck of cards, so you can play with a $2 set from Wal-Mart. Just make sure you can tell your two jokers apart!

[Discloser: Wyrd Games provided Nerds on Earth a copy of the Through the Breach Core Rules for review.]