I don’t know that I’ve ever felt about a show the way I do about Black Mirror.  A new season of this British TV show turned Netflix hit dropped recently and while I haven’t finished the new run, it has inspired me to write up a little piece to introduce you to what is one of the most interesting Sci-fi shows happening these days.  As a bonus, here is a a quick breakdown of my five favorite episodes.  Let’s dig in and get weird! 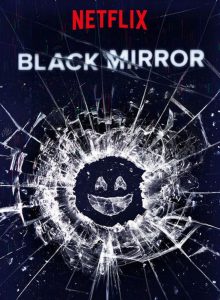 Black Mirror is a Sci-fi anthology show similar in its delivery and feel to the Twilight Zone.  It has often been called the Twilight Zone of the social media age and it delivers on that premise.  The episodes exist in varying times in the future with some seeming like they could happen even now.  Never have I been so jarred, so on edge with a show and it is because with many of the episodes I can see how we get from our current circumstances to these near futures.  There’s a whole new level of intrigue added by a recent realization that the show exists in a shared universe and I’m looking forward to a series rewatch soon to try to piece together a timeline.  Since each episode stands alone, you can watch this show in any order you wish to so my list really isn’t in any order other than the ones that stand out as the best versions of what the show is trying to do.

I begrudgingly put this episode on the list not because it’s not good but because maybe it’s too good at it’s job. This episode seemingly could happen tomorrow and perhaps that what makes it so tough to watch.  In the episode, a member of the British royal family is kidnapped and the kidnappers release a video saying that they will only release her if the Prime Minister has.. *clears throat* relations with a farm animal.  We watch as his decision not to do so takes it turns through the media lens and public opinion ebbs and flows.  I can’t really say any more without giving everything away but the whole thing is a tough look at the way the world consumes and reacts to 24hr news media and it’s so good and so scary.  Watch it, but know that not every episode is as…rough..as this one! 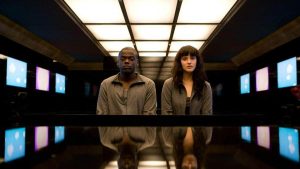 This episode is great if for no other reason than it introduced me to Daniel Kaluuya, the lead actor in the phenomenal movie Get Out.  In this movie people do various jobs such as pedaling bikes presumably to power their habitats, or janitorial work to obtain credits.  These credits can be used to buy anything from physical goods to in-game items for their avatars that are the interface for the credit earning system.  One character, like those around him, becomes obsessed with a reality show where people will spend all they have for a shot at fame.  Like most, he sees this as a way out and tries to convince a girl he likes that she could make it.  No more plot so it isn’t spoiled but this episode is good!  Kaluuya is great and he really drags you through his emotions so much that when the episode ends you don’t know if you are mad, excited, relieved or just done with it all.

Be Right Back S2E1

This episode stills wrecks me.  A woman’s boyfriend dies in a tragic accident and she reaches out to a company that proposes to reach into his social media history to create a chat bot that will respond to her as he would have.  This coping mechanism quickly turns weird as it becomes apparent that the company is going to be up-selling her on new ways she can interact with her deceased loved ones.  This very bleak episode features Harry Potter and the recent Star Wars actor, Domhnall Gleeson and does a very good job at looking at just how far we might go to comfort ourselves after a trauma and how maybe sometimes we go too far. 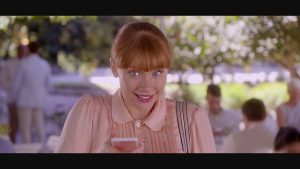 What if your social status and even your monetary value was directly connected to your social media?  This is exactly what happens in this episode starring Bryce Dallas Howard.  Society has integrated likes and dislikes into more than just digital clout.  Every interaction online otherwise is rated by people and can severely affect you.  Bump into someone on the street?  Better hope they accept your apology..if not you might have some downvotes coming.  Greet a barista nicely and you just might earn your points back.  All of this is meant to change the way we treat each other and it seems to be working pretty well until it doesn’t.  Just how far can one woman fall in a weekend?   You’ll have to watch to find out and to decide if contrived niceness is as good as the freedom to say what you actually feel.

This episode is totally different then almost any other one.  It’s less scary and more emotional.  It still deals with the future and wild technologies and how they could affect us but it feels so much better.  In this episode, people can place themselves in a virtual world when they die but they can visit before they finally crossover.  We see a woman coming to grips with things about herself she never could deal with in the living world and at the end of the day we probably need this episode in the line-up just to give the show some heart.  There’s a reason this episode won awards as it is very good.

Have you checked out the show? What are some of your favorite episodes?

Hopefully if you haven’t gotten into Black Mirror you will now.  I think any fans of sci-fi should check it out if for no other reason than the fact that it asks some tough questions of our connections to our technology.  There are some great ones I left off of this list so get out there and get watching!

Pathologist, Puppeteer, and Earworm: Ideas for the Starfinder Death-Touched and…