To properly establish this post about the Avengers, we must first talk about The Mighty Ducks.

I promise it’ll make sense in a paragraph’s time, so stick with me! 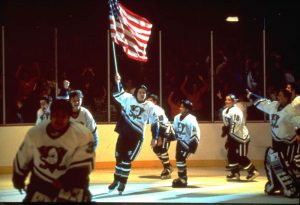 Over the course of the events presented in D1 and D2, the members of the Ducks manage to rise from scrubs to Pee Wee State Champs to Junior Goodwill Games champions representing the USA against countries from all over the world.

But then there’s D3 in which they struggle to beat…a high school varsity team?

As a result, Earth Nerd Jason and I have long talked about the progression problem established by D2:   After you’re world champions, where do you go from there?  Certainly not back to high school varsity level play; at least not convincingly.

So with the Avengers set to take on not just Thanos, but an Infinity Stone wielding Thanos…where do they go from there?  Will they too fall prey to the D2 Dilemma™?  I mean, how do we go from Thanos back to, say, Norman Osborn?

Sure, there’s an argument to be made that not every threat in the real world operates on an escalating scale.  But we’re talking about Hollywood here!  The threat can’t decline from movie to movie; that would kill the tension and excitement that keeps us shelling out our hard earned money.

So Jason and I brainstormed back and forth a bit, and here are seven ways we think Marvel Studios could avoid that fate.

What Happens After Avengers: Infinity War?

1.  You fracture the team.  This has been leveraged in the comics in a number of ways over the years.  The Avengers proper have splintered for a number of reasons into separate teams like the Great Lake Avengers or the West Coast Avengers.

So you could conceivably split whoever survives the Infinity War movies into two or more distinct teams and pursue new narratives and team compositions in that way.  We see a couple new team-ups in the trailer for Infinity War:  Iron Man meets Doctor Strange and Thor meets the Guardians of the Galaxy.  There are already seeds sown for new teams. 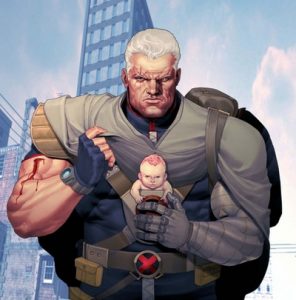 This could facilitate something along the lines of Avengers Academy, too.  I’d 100% watch that on the silver screen.

Or how ’bout this crazy idea:

With all of the mutants soon to be on the table for the MCU, you could go Avengers: Disassembled to “No more mutants” to Messiah Complex.  Cable is about to break onto the movie scene and Bishop has already done so.  Wild.  Unlikely.  But intriguing…

2.  Time travel.  Time travel creates all kinds of opportunities for fresh takes on setting and team composition.  As a plot device, its been at the heart of some of the largest comic events to date.  Rumor has it that time travel may well play a part in the Infinity War movies already!  It doesn’t come without its problems, though.  More often than not, its at least as confusing as it is handy.  But again:  There’s precedence – and this time even in the cinematic universe.  The Fox Studios produced X-Men: Day’s of Future Past had Wolverine traveling back in time.

3.  Multiple universes.  What’s bigger than a universal threat?  A multi-universal threat.  Multiple iterations of the same hero or heroine side by side?  Yet again – its been done before, and sometimes really well (see The God Butcher arc of Aaron’s Thor: God of Thunder).  So what’s better than one Chris Hemsworth as Thor, or one Chris Evans as Captain America, or one Tom Hiddleston as Loki?  Multiples of each, amirite?

4.  Parallel threats.  Maybe instead of escalation or dialing things way, way back, Marvel will opt to bring in a villain on par with an Infinity Stone wielding Thanos.  Like maybe Kang the Conqueror who would bring with him the time travel from #2.  Earth Nerd Clave wrote this here post that covers Kang along with the Spider-Verse (multiple universes) and Secret Invasion (see #5) presciently back in November of last year.  He might be on to something there…

This tactic would only delay the D2 Dilemma™.

5.  You threaten their infrastructure.  We already know that the Captain Marvel movie due out sometime next year will feature the Skrulls: a shape-changing race of aliens who, during the Secret Invasion crossover event from 2008, were revealed as having secretly replaced many of our favorite heroes.  Taking this route in the cinematic universe would be incredibly bold, in my opinion.  I mean, how would you react to finding out that Hemsworth’s Thor had been a Skrull all along?  It is an option, though.

6.  You go with an all female Avengers team. 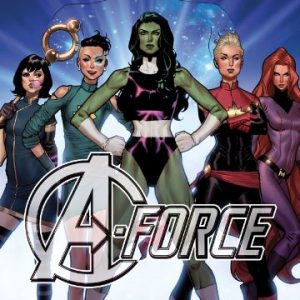 Marvel could also opt to give an all female Avengers cast a go; following the Ghostbusters and Ocean’s franchises, for example.  The G. Willow Wilson penned A-Force comics were critically praised, so its not outside the realm of possibility.  The trickiest bit of this angle would be the set up.  So far, we’ve got Scarlet Witch and Black Widow with Wasp on the way.  That’s kinda it.  Not one of them has a solo film (although a Black Widow solo film might well be coming), but they’re not necessarily required for success.

7.  They lose.  Earth Nerd Jason dropped this bomb on me!  I hadn’t ever considered that the Avengers lose against Thanos in the coming films.  And we don’t mean lose a member or two…but are defeated.  This is super interesting to me!  I asked him if he could think of any other franchise in any other medium in which this happened:  The bad guy wins and is the villain in a sequel without feeling tedious or boring.  His answer blew me away:  “Horror franchises do that all the time.”

How had I missed this?!

Maybe the Avengers win the battle, but clearly not the war during the course of Infinity War.  Or maybe they just flat out lose and have to collect their remaining members, boost their numbers (thereby introducing some new talent/heroes/heroines), and try again.  This might be an even more risky tactic than the Skrulls replacing some of the heroes and heroines we’ve come to love over the last decade (starting with the MCU’s inception in 2008), but I love the idea tremendously!

On top of all of this, the potential for the X-Men and the Fantastic Four and others to officially fall under the MCU’s umbrella opens up all kinds of possibility!  The unspoken #8 would be a hard reboot, but I don’t think Marvel is considering that at all.  They’ve put too much work into the MCU and all of the properties’ connections to facilitate a reboot of even one of them.  So I think we’re safe on that front.

Or they could walk away from the Avengers as a team entirely and do something completely different!

Regardless of which direction Marvel takes the Avengers after the dust settles on Infinity War, we’ll be there and we’ll (likely) be loving it.