When republican Congressman Clare Eugene Hoffman complained publicity about the cost, he let the cat out of the bag: a secret underground passage was built in Washington DC during the bombing anxieties of 1941. This was the first presidential bomb shelter and it was designed to keep President Franklin Delano Roosevelt safe.

The tunnel that traversed from the East Wing of the White House all the way to the Treasury Department was built with sturdy granite, carpeted, and equipped with furniture. But FDR hated it.

Are the passages still down there today? Well, two blocks away on H Street, there is an alley that is suspiciously fortified. It has a ram-proof vehicle gate and a bulletproof Secret Service kiosk discreetly set into the wall. The narrow enclosed alley leads down the block, past the towering brick Federal Claims Courthouse, before ending in an unassuming doorway at the rear of the Treasury Department’s annex on Pennsylvania Avenue.

Unless President Trump tweets it out, we may never know the truth. But imagine now that this secret passageway is located on Absalom Station, the primary setting of the Starfinder roleplaying game.

Below is a Starfinder encounter inspired by the above story. This encounter is keyed specifically for Starfinder and lifts and expands ideas presented in book 1 of the Dead Suns Adventure Path, but you can insert it into practically any campaign for a little bit of flavor. 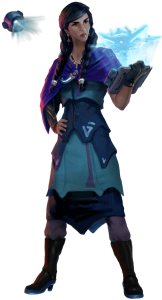 The Prime Executive of Absalom Station–Kumara Melcruz–has already had one assassination attempt on her life and there are rumors that another is planned. Intel has suggested that the nativist Strong Absalom movement plans to use a long forgotten maintenance tunnel to gain access to Prime Executive Melcruz in retaliation for her progressive stance on non-human immigration to Absalom Station.

Fortunately, operatives don’t feel this intel is credible. They instead think it’s simply the drunken boasts of common street thugs. Still, better safe than sorry, so the Starfinder Society has been tasked with exploring and mapping these abandoned tunnels. Since national security doesn’t seem to be at risk, the Stewards–the primary peacekeeping force of the Pact Worlds–have extended jurisdiction to the Starfinder Society, who is keen to explore the tunnels for historical reasons, hoping they might cast further light on the mysterious origins of Absalom Station.

The adventure begins with the PCs attempting to enter the tunnels. Exact whereabouts of the tunnels aren’t noted on any map and any details have been long forgotten, so it is not known how the Strong Ablalom members would have entered the tunnels, if they indeed have at all. But the Starfinder Society has a lead in a Ysoki janitor who knows Absalom Station better than anyone. 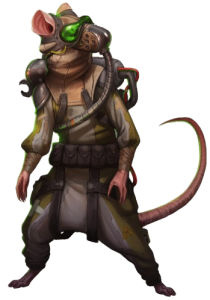 The janitor, Finn Filch, leads the PCs down an alley to what appears to be a dead end. But when you look closer, you notice what has captured the janitor’s attention all these years. Read the following:

This appears to be a dead end alley and a particularly unmarketable one at that, being that there are no means of ingress to the structures that frame each side. An effort to obscure an entryway into the rear wall may have been good enough for government work but it wasn’t good enough to evade the perception of the experienced janitor. What’s more, it appears that tucked behind one joist is a shallow depression that could be a datajack.

The PCs were generously equipped equipped with a Tier 3 computer in the event that there might be any veracity to the rumors of the hidden tunnels. The DC for the hidden entry is 25, a difficult check for 1st level characters. But characters should be allowed to enter even on a bad roll. The consequence of a check that fails by 5 or more is simply that countermeasures fry the PCs computer to the point of future inoperability.

PCs with dark vision can see that 60 feet down the hallway turns 90 degrees to the right. Upon approaching this turn, read the following:

A dusty Security Robot whirs to life and declares “Halt!” in an amplified, robotic voice. “To allow access to the Presidents Emergency Operations Center I must ascertain your identity and credentials. The PEOC is a secure area.”

The Security Robot directs it’s attention to the closest PC and asks the following questions, pausing for a response:

Unsatisfied with the answers, the droid attacks. The model is an AbadarCorp Town Guard Patrol-class Security Robot, that while typically a CR 4 encounter has been scaled down to accommodate level 1 PCs. The full stat block can be found on page 94 of the Alien Archive or at the Starfinder SRD. The modified stat block is below.

SPECIAL ABILITIES
Jolting Arc (Ex) Once every 1d4 rounds as a standard action, a Security Robot can shoot an arc of electricity at up to 3 creatures within 30 feet. This arc deals 1d8 electricity damage to each target (Reflex DC 11 to half).

Always eager to help, when this combat begins (and during each encounter) Finn Filch pulls an object from his check pouch in the hopes that the time might be what you need to turn the tide. He is otherwise a non-combatant and this is played for levity, but let PCs roll each time he reaches into it to see what comes up, consulting the table below.

SPECIAL ABILITIES
Cheek Pouches (Ex) Using a swift action, Finn Filch can produce an object his cheek punches. Roll on the table below for the item produced.

Roll a d8 to determine what comes out of Finn Filch’s cheek pouch.

As the PCs continue down the hallway, have them roll a perception check. If someone gets over a 20, they notice what appears to be an obsolete datapad, overlooked from years ago. The players suspect the Starfinder Society would be interested in this, and they are, rewarding the PCs 800 credits for it at adventure’s end.

Continuing, the PCs discover rubble in the hallway. A DC 15 Engineering check confirms that a building project likely ruptured the tunnel and although it had been patched up, it has once again been breached. This development (like all others) prompts an eager Finn Filch to produce an item from his cheek pouch.

The tunnel turns once more, this time to the left. The PCs are startled to discover 3 Strong Absalom gang members. Read the following:

Huh. It turns out the threat was credible after all, for as you turn the corner you see three members of the Strong Absalom movement standing just in front of you. Beyond them and off in the distance is a shadowy figure, who upon spotting you, closes a blast door in front of him. But not before he orders his three thugs to attack you.

Use the below stat block for the Strong Absalom thugs.

The shadowy figure is way beyond the skill of the heroes, his presence merely a hook toward further adventures. If the PCs try to pursue him, simply state that the blast door is beyond their ability to open and the Starfinder Society and Stewards should surely be notified immediately that the threat is more credible than anticipated.

The adventure awards 900 XP, in addition to the above gear that PCs can loot.

It is absolutely worth reading picking up the Starfinder AP and the Alien Archive, if just to let your imagination soar with the new monsters and settings. And consider designing unique encounters around some real life history. Sometimes the truth is stranger than fiction.