The cliffhanger from last week’s episode of the GCP was straight out of an episode of Maury:  You are the father!

What does fatherhood do to Lorc as the party stands on the precipice of their newest quest?  Find out in Episode 138 – Take Your Daughter to Lorc Day.

After coming face to face with someone from his past, Lorc discovers he has a trueborn child in grave danger. Meanwhile, the time has come for the party to finish their business in Skelt and make their way to Skirgaard. 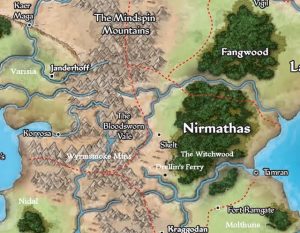