Something sneaky this way comes.  What manner of creature has managed to enter the brewery unnoticed and why did it empty the vats onto the floor beneath our heroes’ feet?  Find out today in Episode 148 – Brewer Discretion Advised.

Skirgaard’s premiere craft brewery may be closed, but that won’t stop the PCs from trying to take a self-guided tour! 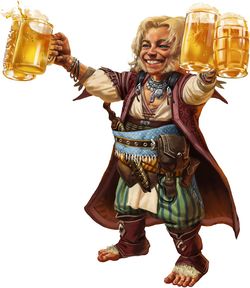 The Success of ‘Krypton’ Depends on Answers to Key Questions

A Beginners Guide to Every Pathfinder 1st Edition Adventure Path