First Look: Horizons, a Board Game with Star Faring Species

Horizons is a brand new board game from Daily Magic Games that was designed by the affable Levi Mote. Players must find new stars, explore new worlds, and collect strategic resources to expand their space empire! But it gets crowded, so players build colonies and resource collectors to hold onto control.

On their turn a player takes two of the following actions: 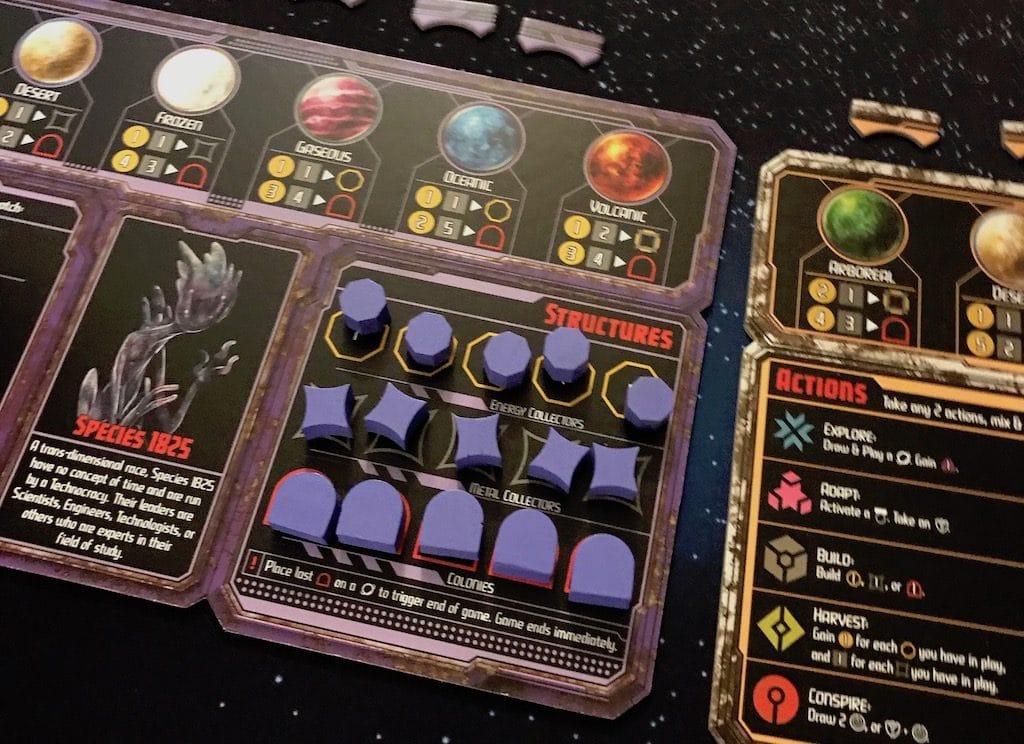 Let’s be honest: You’re going to conspire, because that’s the kind of person you are. But regardless of what actions you take, there is always something interesting to do with Horizons. What’s more, there is really nice balance with the actions.

It’s a wonderful new game. And it’s beautiful too, with artwork by “The Mico,” for sure one of the hottest artists in board gaming right now. I asked designer Levi Mote about the art and this is what he had to say: “The art is really intended to invoke an epic empire building feeling, while breathing life into a lived-in universe. Coming from an RPG background I love it when I can infer pieces of lore from the game components and through flavor text on cards. We wanted that to shine through in both the graphic design and also by the illustrations in Horizons.” 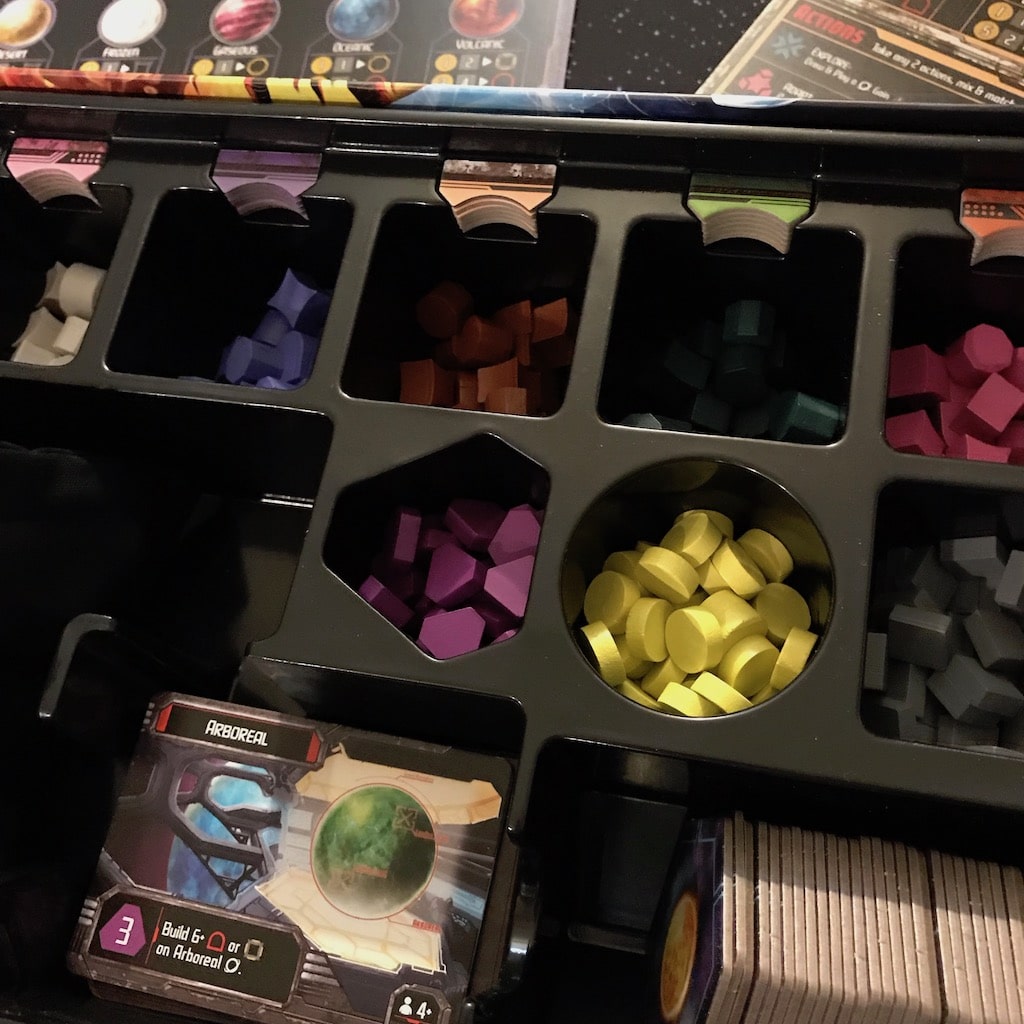 I also chatted with Levi about the two player version of the game. Just as my wife is my primary gaming partner, this is true for Levi as well. So he worked hard to create a balanced 2P experience that didn’t require a dummy 3rd player or AI of any kind. That’s rare in a civ/explore type of game and something I really appreciate. That the game plays so quickly is also welcome.

Horizons is a labor of love and it shows. It’s well designed and balanced, with a lot of game in a relatively small box. Speaking of the box, the insert is even well thought out, which is just another example of the attention the detail the game has been given.

It’s available in October 2018. Take a look at Horizons from the video below.

Here is the official website. You can pre-order it there, through Amazon, or better yet, ask your FLGS about it.