Industry Report: What are the economics of the roleplaying game industry? 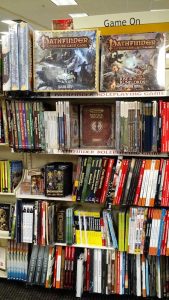 The overall hobby game market (board games, CCGs, and board games) is 1.5 BILLION dollars and growing. But roleplaying games just constitute 4% of that 1.5 billion, or 55 MILLION dollars. Sure, 55 million is a lot of simoleons, but let’s be honest: it’s small potatoes. For comparison, Americans spent 75 MILLION dollars on butt implants in 2017, meaning 50% more Americans would rather have a ba-dunka-dunk butt than play D&D.

What’s another way to think about that 4%? Well, imagine your typical game shop (FLGS): 45% of their sales are Magic cards, 25% board games, 10% Warhammer minis, 10% are dice and card games, 4% are roleplaying games, and 6% is Mountain Dew Code Red. Sure, the individual mix might skew a little differently across different FLGSs, but you get my drift.

Yet, again, this isn’t a general nerd industry report and we don’t even want to focus on just the 4% that constitutes roleplaying games. We want to slice up that 4% into D&D and every other roleplaying game.

So, let’s just get it out of the way: D&D constitutes the absolute largest slice of that 4% pie, taking about 2/3rds of the 55 million. Next is Paizo–makers of Pathfinder and Starfinder–taking in an estimated 6 million (and growing, due to Starfinder).

Long story short, absent precise data, independent roleplaying games are a 10-15 million dollar a year industry in North America. Total. That means your Fate Cores, and Shadowruns, Loop Tales, and Dragon Ages, and what have you, are fighting to carve out a profitable market with nothing more than a butter knife.

Sure, roleplaying games are a growing market but it is still a vanishingly thin area in which to generate a profit. And this begs the question: Why does all the sales go to D&D? Don’t consumers want independent RPGs with a broader variety of settings and rules frameworks? Not really. And to understand why, I’ll share a few short thoughts on economics.

In a nerdy niche that wholly lacks mass-market appeal, D&D is the only RPG to have much general appeal. While some nerds might be tired of the fantasy genre and itching for more avant large fare, fantasy scratches an itch. D&D (and Pathfinder) leverages the easily recognizable tropes and archetypes from fantasy literature and video games, and general culture. The average person has a mental hook for an elf of dwarf.

D&D leverages a “network effect.” In business terms, a network effect says that the the value of a product or service increases as the number of others using it increases. For example, everyone hates Twitter but it has value because everyone is there, suffering together. Sure, we could jump ship to MySpace, except it is a ghost town with no network effect.

Organized Play (OP) also creates a network effect. Organized Play gives nerds an opportunity to play D&D, the network effect creating a virtuous-cycle feedback loop leading to more people playing more D&D. That small press Indy roleplaying game? Well, there is no organized play for such a product. And good luck getting your friends to play it because the RPG they’ve heard of is D&D.

Let’s imagine a hot new roleplaying game was released. It’s a small press, so it’s not available in Target like the D&D Beginner Box is, so you track it down at a small FLGS, driving 25 miles to do so. Still, you are really keen on trying. 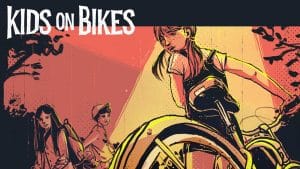 You can’t play it yourself, so you need to find three or four other people who want to play that it. You’re over 30, so good luck even having friends. One buddy is out–kids. Other buddy is a maybe, but he doesn’t care for that particular niche genre you’ve chosen. Besides, he’s spent a decade with the Pathfinder rules, so he doesn’t want to learn another system. Your other buddy has only heard of D&D.

As a compromise, they say, “Why not just play the market leader?” That’s network effect in a nutshell. So, to recap, you now own the independent RPG and have read the rules, but it is destined to live on the shelf, ever unplayed.

This is a grim tale for folks with a wanderlust for niche or alternative roleplaying products. But for the vast majority of folks, it just makes sense.