I love this time of year. Temperatures get cooler (psst, temperatures…that’s your cue), the leaves change colors, there’s sportsball, and don’t forget the veritable parade of ghosts, monsters, aliens, and murderous psychopaths!

I am a horror movie junkie. And I mean everything from Attack of the Killer Tomatoes, to the classic Universal monster movies, to more modern monsters like Jason and Freddy.

I remember staying up late as a kid to watch Salem’s Lot, or The Exorcist, then sleeping in a sleeping bag on the floor in my parents room. What was it about those movies that captured (and tortured) my imagination? What compelled me to watch, when I knew how scared I’d be later?

Understanding the Psychology Behind the Horror Genre

Now that I work in psychology, I know that it’s our neurochemistry. Growth comes through stress. When we’re afraid, we get a big boost of adrenaline, which can be exhilarating. After we have faced our fears, we become more resilient, and feel more confident. The movie industry knows that we love that feeling and we’ll pay to share that experience with others (horror movies are more fun in a group). But how do they do it? How do they make something scary?

For the longest time, when it came to the American horror movie industry, I would argue they didn’t. They didn’t understand what made fear unique (or maybe they did, but they just got lazy), so they got it all mixed up and substituted other things that, while they may have evoked visceral reactions, weren’t as powerful as fear. That doesn’t necessarily mean I didn’t like American horror movies, I just didn’t find them scary.

The most common substitute for fear is the jump scare. We’re following the protagonist, then hear a generic sound off screen. Then there’s a sudden visual change accompanied by an equally sudden loud musical cue.

Whether it’s turning around and seeing a monster’s face in the window, or a cat jumping out of a closet, the moment (and the feeling) is over just as quickly as it began. It may be startling, but it’s not going to inspire that looming sense of dread that keeps me hyper-vigilantly glued to the screen. 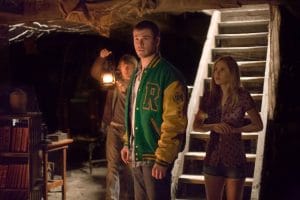 Sex and drugs are also frequent substitutes for fear. If someone is sneaking away to do something “naughty,” you can be sure that the killer is nearby. While this is definitely not fear, it does serve to titillate the audience and provoke a primal emotional response.

Now before you break out the pitchforks, or going stabbing pins in a little Earth Nerd Fields doll, I want to say a few more words about the elements mentioned above.

Jump scares–like jokes or humor–are things that have seemingly always had a place in the horror genre. They provide a break in the tension; they let the audience catch their breath. When used strategically, they serve to keep us off guard, not knowing what to expect, supporting that unknown element, as Lovecraft wrote, that is the foundation of fear. 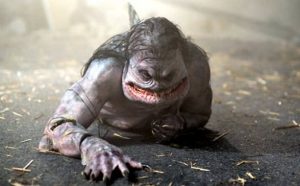 Sex is fundamental in horror as well. Whether it’s Kong’s animal attraction to Fay Wray’s Ann, or Dracula’s seductive nature, horror has seemingly always been concerned with our more base desires, and what happens when we let them take over. The Walking Dead in an excellent recent example used “fight the dead, fear the living” as a tag line. Even fairy tales were frequently cautionary tales about what happened to little children who were naughty.

Personally I’m a big fan of Asian and European horror – Let the Right One In, [Rec], Juon, etc., but I also really like some more recent American stuff like The Conjuring, The Witch, and Paranormal Activity (not to mention things like American Horror Story and The Walking Dead). I think those do a good job of igniting and stoking that underlying sense of dread that I appreciate. 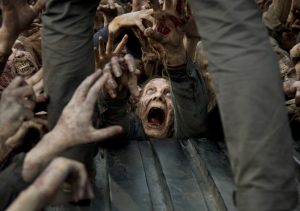 What about you? Whatever it is, whether it’s slashers, monsters, ghosts, or demons, what do you like about it? Sometimes it’s fun to think about what that meant to the creators, what it means to us, or what it means about us.

“What I’m trying to show is how the monster, the evil, is not something lurking in the distance, but something actually inside all of us.” George Romero

If you share my passion for horror, feel free to share some of your faves! Join us on Facebook. I’d love to check them out (if I haven’t already).

CROM! The coming of Conan the Cimmerian is finally upon us!