“Change, my dear. And it seems not a moment too soon.”

Colin Baker’s Sixth Doctor famously began his short-lived run as the character with those fateful words. And trust me, change is definitely coming for the eleventh season of the modern Doctor Who reboot, and it’s perhaps the biggest change yet for the esteemed BBC series.

Doctor Who is a show that is uniquely built around the concept of change. The show’s protagonist, The Doctor, is an alien who has the rare ability to regenerate into another body at the end each life cycle, thus allowing the character, and show, to continue on without having to use the same actor. Or now, actress.

Jodie Whittaker’s Doctor is coming, and I couldn’t be more excited. On Sunday, October 7th, the world will be properly introduced to Jodie Whittaker’s take on the iconic Doctor, the thirteenth regeneration of the character. 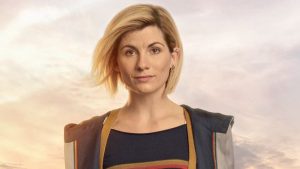 Whittaker first appeared in the holiday special “Twice Upon a Time,” where Whovians bid a fond farewell to the Twelfth Doctor, portrayed by the curmudgeonly delightful Peter Capaldi. Whittaker’s Doctor barely had time to get her bearings and wits together before being violently expelled from the TARDIS.

Unfortunately, a better metaphor could not be found for the online reaction to Whittaker’s casting. Any major casting news these days is met with a mix of joy and speculation, but perhaps no casting decision has been so vociferously opposed by a portion of a fanbase than that of the Thirteenth Doctor. Self-made decrees of never watching the show again and cries that childhoods were being ruined were common from a certain segment of the fanbase. Fragile male egos were bruised and fueled by a growing sense of male insecurity. To quote the Doctor’s one true love River Song, spoilers…male Whovians are going to be just fine.

In many ways, having a woman finally portraying the Doctor should not have been a huge surprise. At least since the modern reboot in 2005, a growing segment of fans have asked, “When can the Doctor be female?” With each successive regeneration of the Doctor, the question has only been amplified in a world that is starting to finally value other voices and the desire for entertainment to be more inclusive. Jodie Whittaker’s casting as Doctor Who is a landmark moment for the show, a series who has never been too afraid to make bold storytelling decisions.

From the perspective of the show’s mythology, it has been long established that regeneration was not a predictable process. Suggestions of unusual or gender-bending regenerations have been fairly common throughout the modern era. 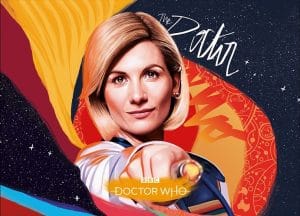 When Paul McGann’s Eighth Doctor returned in 2013 in the mini-episode “The Night of the Doctor,” the mysterious ladies of the Sisterhood of Karn make it clear to the dying Doctor that they can control regeneration, giving him the option of becoming a woman or whatever he wants at that time. The moment shows that the series is clearly leaning in this direction, even if the Eighth Doctor chooses to regenerate into a male warrior, the unnumbered War Doctor.

Even the Doctor’s long standing archenemy, the Master, showed that gender swapping capability. During Capaldi’s years as the Doctor, his major nemesis was Missy, the female regeneration of the evil Time Lord. It’s established. It was only a matter of time!

It appears strange to me that many would hate the idea of a female Doctor. As any fan who really thinks about the show, Doctor Who asks its viewers to accept a fair amount of timey wimey pseudoscience hogwash that most fans readily welcome. The Doctor is a character that almost magically pulls solution out of thin air, sometimes literally, to tackle all sorts of galaxy and time ending crises.

Are there really fans that think the Doctor couldn’t find a way to regenerate into a female? He probably did that before breakfast one morning several regenerations ago! The Doctor, as a individual interested in science, would most definitely be curious, at a minimum, about what it’s like. Suggestions that a magic space alien with two hearts who travels around all of time and space in a box that’s bigger on the inside simply CANNOT be a woman are preposterous.

Beyond the rules and established norms of the show, having Whittaker take over as the Doctor is an amazing moment of inclusivity for a major show like Doctor Who. Having diverse representation matter, and new showrunner Chris Chibnall is not afraid of shaking things up.  Not only did Chibnall insist that his new Doctor be female, but he has also put women and ethnic minorities in as writers, directors, and editors. His commitment to bringing in voices from a variety of backgrounds that are typically marginalized into the series stands out as bold and commendable. Chibnall obviously wants to make a very distinct break from the show’s past. He’s already announced that all the monsters and aliens for this series are new, with no returning baddies to vex the Doctor at this time. I think that’s a brilliant decision to give the show its own unique voice without having the Doctor fight the Daleks, Cybermen, or the Master once again. 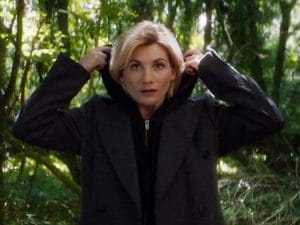 Those protesting are also ignoring the fact that Jodie Whittaker is a phenomenal actress who has been nominated for numerous awards. Anyone who has seen the award winning ITV show Broadchurch knows that she can act. Her portrayal of Beth Latimer, a mother who struggles after the death of one of her children, is a phenomenal one. Being the parent of a young child myself, Whittaker’s anguish that she gave the character was palatable and crushing.

Whittaker also stars in my favorite episode of Black Mirror, “The Entire History of You,” a haunting lesson in the dangers of where social media could be leading us. Fans worried about her take on the Doctor are simply ignoring what a talented actress she is and should give her a fair shake.

The coming of the Thirteenth Doctor is exciting. I have a feeling that Chibnall, an old school fan of the show, will work hard to honor the past while forging forward in new, creative, and unexpected ways. Jodie Whittaker, like any new Doctor, has an extremely difficult task to establish new norms as the current caretaker of the character. Her talent and excitement for the series is clear, and I think we Whovians are in for a treat!

Fans interested in seeing a preview of what’s to come can check out both trailer by clicking here and here.

Timeless: A Great Introduction to Drizzt, One of Fantasy’s Most Iconic Characters