By The Bullpen On Dec 24, 2018 Last updated Dec 13, 2018
Share TwitterReddItPinterestFacebookEmailPrint

Our category today is “Best RPG STORY,” meaning we want to celebrate the Best RPG storylines out there. But, spoiler, these storylines may or may not come from a book!

What I love about Waterdeep: Dragon Heist is that it isn’t a hyped-up world-destroying cataclysmic event designed to have PCs be oracle-chosen to face down villains in order to prevent total doom and destruction. Instead, it’s like Cannonball Run or The Amazing Race if all the contestants were, you know, wizards.

Waterdeep: Dragon Heist is a city-based romp that is fast and fresh as far as storylines go. It’s also an excellent D&D adventure with a bit of whodunit and a chapter 4 that is among the absolute best RPG material that I’ve ever read in any roleplaying game book, ever.

With the help of a handy flowchart, the writers outline ten different encounters that range from a classic old tower to a mausoleum to a wharf or a chase across rooftops. Depending upon which of the four villains is chosen (choose your own adventure!), the ten encounters are shuffed into a unique sequence. Then each encounter is re-jiggered according to the season, giving fresh elements to each of the 10 encounters for the spring, summer, autumn, and winter, respectively. It’s dope.  – Clave

As 2018 started, one of the things that was big but became B-I-G was the streamed live-play D&D game Critical Role, which is played on Twitch.tv and the Geek and Sundry site. Led by DM Matt Mercer, a cast of voice actors finished an epic story at the end of 2017 and launched a new campaign, with new characters.

And while many questioned if Critical Role could capture the same magic in a bottle, they seemingly are growing even stronger. Proof can be found in the fact that the cast opened their own YouTube channel, creating more content focused on the cast and tabletop roleplaying games in their own private studio and partnering for a set of miniatures from both campaigns with Steamforged Games, with over a million raised on a Kickstarter campaign that is due to ship in March of next year.

As someone who has become a Critter, it has been a great year and the the “story” of the success of Critical Role and the passion of their fans is certainly one of the biggest RPG stories of 2018. – Jaws

It’s a little oft-kilter to nominate a 3rd party monster book as one of the biggest roleplaying stories of 2018, so allow me to explain. One of the beautiful aspects of pencil and paper RPGs is the simple fact that you can create any storyline you choose. Limited only by your imagination, you can choose to follow the path laid out by a publisher or you can blaze your own path. Us nerds were calling this “homebrewing” long before the proliferation of micro-breweries.

If you’ve stepped foot in a game store lately, you’ve undoubtedly seen trinkets and products that you never could have imagined before, but are thrilled to discover they exist. And the larger gaming companies are recognizing that this creativity among nerd hobbies is good for business. A robust catalogue of products raises the water level for all, as us nerds have more entry points to stay engaged in the hobbies we love.

That is the importance of 3rd party publishing, and a book like Creature Codex is a great standard-bearer. Filled with creative creatures, it is a book that almost begs new stories to be written. And that’s a story in and of itself.  – Clave

Return of the Runelords 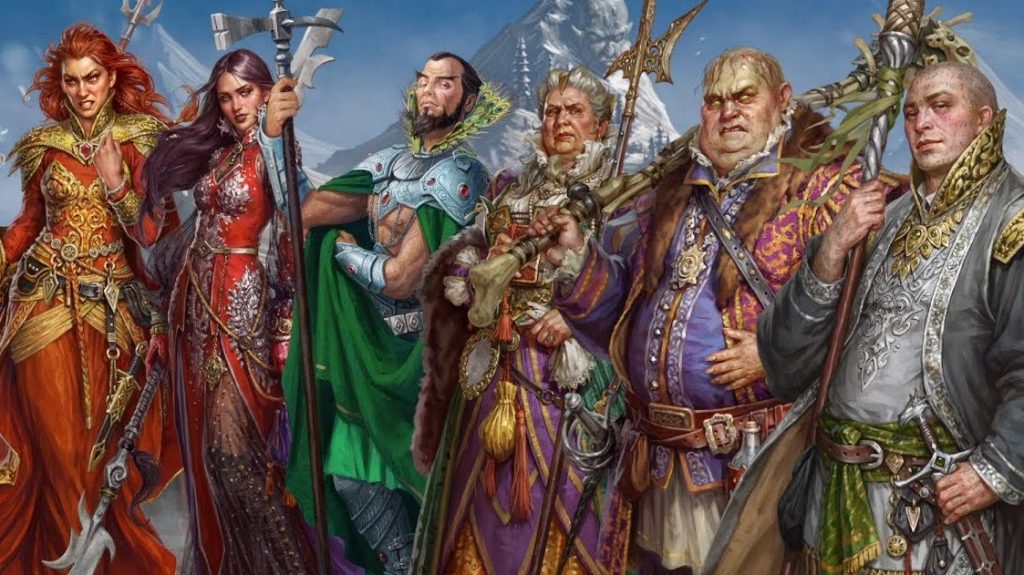 In between this release and the inaugural 1E adventure, Rise of the Runelords, we’ve confronted extraplanar foes, built kingdoms, sailed the seven seas, thwarted giants, discovered lost civilizations, and raided tombs. What better sendoff than ending this tale where it all began?

For those reasons, Return of the Runelords wins the Nerdie Award for Best RPG Story of 2018. – Abram

Discussing Some of Our D&D 5E, Starfinder, and…