As someone who came to the web series Critical Role late into its first campaign, I was fairly excited to be able to jump onboard for the second campaign, just as the players took on new characters. Now that the second campaign is underway, let’s check in on the first 25 episodes to see how the characters have developed.

First, from the get-go, it took a little bit of time for each of the players and their characters to find their voice. Over time, you definitely see them leaning into the roles and how each character plays out. Here are some of my thoughts on half of the characters and what has been revealed thus far in campaign 2.

So, note that there are spoilers ahead for the second campaign of Critical Role. 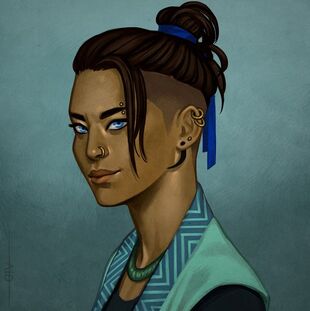 Beau has been one of the most fun characters to watch evolve over the course of the season. She definitely has some rough edges and they show up in powerful ways, but it is also fun to see as more of her story is revealed, she is developing a close connection to the rest of the group.

If Beau was looking for a family, she may have found one in the Mighty Nein. Her interactions with Caleb and Nott especially have been revelatory, in part because she both understands Caleb’s pain and wants to help him through it.

Most recently, in a one-on-one conversation, she revealed to Nott that she had a childhood that became problematic through her own decisions in part and, when her father recognized that she was underselling wine from the family’s vineyard, she was taken captive by the monk order and “programmed” in a sense.

I am interested in how this line plays out as it creates some real tension between who Beau was and who Beau is now. Does she ultimately see the work of the order in her life as a good thing? It certainly has made her an effective monk in combat, as she can deliver lots of damage quickly in a melee fight. Put her at a distance though and she is nearly useless. 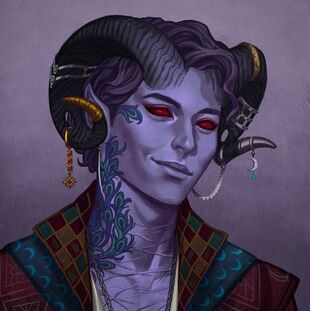 This tiefling Blood Hunter has been a delight. First, the backstory that he handed to the DM is gold: he woke up in a grave with little to no idea on who he is and how he got there.

Since then, he has stayed on the move and run into people who seem to know him as many different names. Long term, this is going to be such fun.

Also, watching how he plays has been fun, as this is a homebrew class essentially from DM Matt Mercer. I haven’t looked up the specifics on it but it is interesting to watch.

The character has also been fun because he tries to be very charming and have a winnable personality but the dice rolls keep failing him. Talisan is a great player and really brings something fun to the table but doesn’t overpower other players and characters ideas and decisions. That is tough to do but he manages as a perfect “Yes, and!” D&D player. 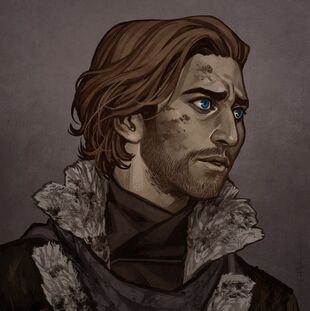 Caleb is the emo kid who showed up at the beginning of the show and seemed to bring everything down; just in this case, he is also a spell casting wizard.

But, as his story has begun to unravel, we (and the other PCs) have come to understand it and want to see him come through what he has experienced. In short, as a youngster, Caleb was recruited for his strong arcane power, brainwashed by a group and turned into a killer.

One of his final tests was to attack his own family, so he (and others assisting him) captured the family in his home and burned it, and, ostensibly, them as well. This incident and memory has triggered Caleb with a sort of post traumatic disorder and has proven to be a challenge for him. But we also see Caleb slowly begin to come around and reassert himself.

If he has a fatal flaw, it may be his sense of arcane power and how to use or not use it. There has been conflict in the group around his decisions when he has come into contact with very powerful magical objects. His friendship and partnership with Nott is evident and the conversations that the two of them have about others in the group have served the audience well as a way to gain deeper insights into the group as a whole.

And his cat familiar Frumpkin has proven to be an excellent scout cat many times as they have been looking to investigate areas. 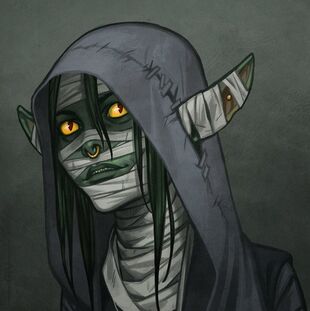 The rogue goblin Nott has proven to be an interesting slow build over the course of the season. At first, it seemed like Sam was finding his way with this character but it has definitely come around.

One of the aspects that is prominent for sure about the character is her devotion to Caleb and assertion that he will one day be a very powerful wizard. It is almost maternal in some ways, and while small and young in age, Nott defends her boy Caleb.

We also see at times the goblin nature in Nott come out, as she is quick to attack, entering into situations rashly, except when water is involved, which she has a phobia of.

Over the course of the last 5-10 episodes, we have also seen a glimpse into Nott’s backstory, as a goblin who doesn’t like what her people are, most notably regretting a time when she was asked to torture a halfling man who treated her well and introduced her into alchemical arts. Again, it is an excellent character who has given some nice spots for the DM to revisit and address at later times.

What is interesting is that due to real life circumstances (and the kidnapping of their missing cohorts in story) is that this grouping of PCs seem like they will be the core characters for at least some time. Click here to get an update on the “missing” cast.

It will be an interesting group moving forward and I am excited to see how some changes in the group will create some other opportunities for interactions among the characters in episode 26 and beyond!