The Kids on Bikes RPG is nearly perfect in it’s small, unassuming packaging.

Stranger Things captured lightning in an upside down bottle. With its retro 1980s aesthetic, believable characters, spot on acting, and chilling surprises, the Netflix show was a cultural phenomenon that oddly enough brought Dungeons & Dragons and roleplaying a great amount of attention. It shouldn’t be a surprise that the global horror and sci-fi genre hit would itself morph into a kind of RPG subgenre of its own.

Perhaps at the forefront of this new RPG subgenre is Renegade Game Studios and Hunters Entertainment’s Kids on Bikes. Created by Jon Gilmour and Doug Levandowski, Kids on Bikes is billed as a rules-lite, collaborative world building RPG where players take on the role of nosey pre-teens, angtsy adolescents, and well meaning adults who are sticking their nose where it’s not meant to be. The game was kickstarted in late 2017, garnering 3,000+ backers and netting just over $93,000.

Kids on Bikes is set during a time of the gaming group’s choosing. Want to take it back to the Red Scare of the Eisenhower Era? Great! Want to continue the retro-tinged glory of the 1980s according of Stranger Things? You can do it.

The only real guidance given is that it shouldn’t be set during a time where people have access to smartphones and modern technology. Sorry, kids. No earbuds, Googling for answers, or nifty apps. A boom box might be acceptable. 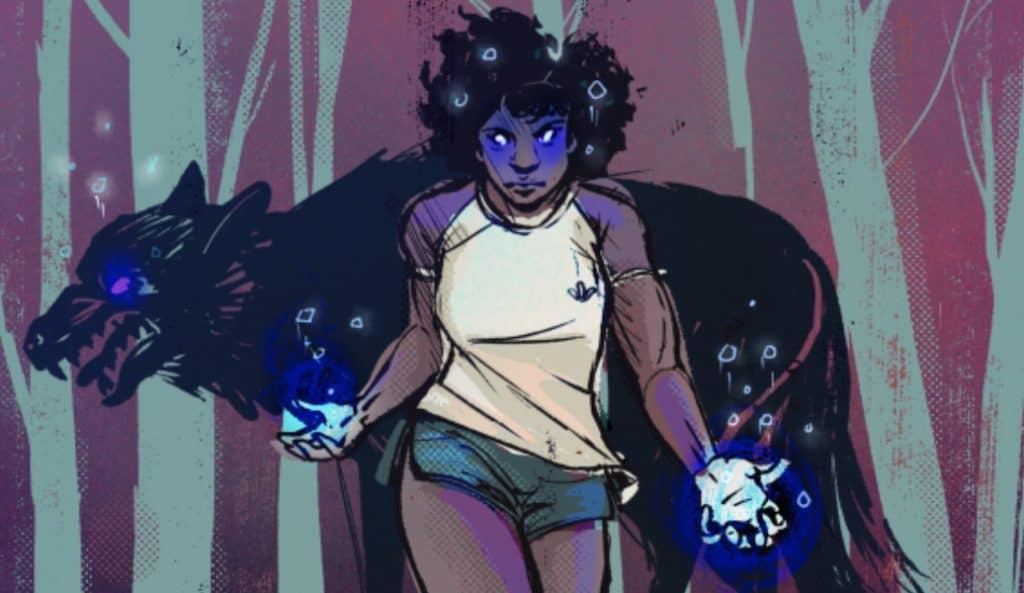 From a nuts and bolts perspective, Kids on Bikes gives players the opportunity to create the game world. Much like the experience with the Microscope RPG, Kids on Bikes asks that the players collaborate in the creation of the town and gaming world. Each player is asked questions in order about the town, providing answers which the other players and GM can build on as they create the town. Rumors, historical events, and even major industries help create a sandbox that your characters should be able to traverse in a bike in around an hour.

Also included in the creation of the town is a discussion about what should and shouldn’t be included in the game world, including several types of mechanics such as rewinding and fast-forwarding through scenes that may touch on these sensitive issues. The game takes great pains to address issues concerning setting gaming boundaries on race, ethnicity, disabilities, gender, and sexuality. The creators ask that these issues all be discussed at the beginning to ensure player safety and comfort.

Character creation is fun and easy. Players can choose from the many tropes provided in the book or from the pre-made characters in Appendix E. (Or from the downloads section of the Hunters Entertainment website.)

Players can also create their own characters. Players must assign the six main skills (Fight, Brawn, Flight, Grit, Brains, and Charm) a single die (d4, d6, d8, d10, d12, and d20) to represent their degree of competence. This intentionally creates a character with both strengths and weaknesses. This isn’t a game for the min-maxing masses!

In the spirit of collaboration, each character is connected with one another somehow, in both positive and negative ways. Kids on Bikes provides several ways to make those connections, varying between a short version to a longer version. Of course, players dedicating several sessions to Kids on Bikes should take the long route, as the connections in this game provide better collaboration and roleplaying opportunities for all players.

There are also powered NPCs that are controlled by the group. In a game that emphasizes the weird and the spooky, someone like Eleven from Stranger Things is bound to show up. While players are using mundane characters, the players share control and narration of these strange powered characters. The game offers plenty of aspects and options for creating interesting powered characters that will enhance the game. Of course, using these kinds of powers has consequences!

Kids on Bikes: Playing the Game

Kids on Bikes is about three key factors: collaboration, collaboration, and collaboration! Players will find themselves depending on one another to drive the game forward. Like any modern RPG, there needs to be a GM, but they act more as a facilitator than an all knowing, all powerful god who controls every aspect of the game. While some of the more traditional GM roles remain like setting up a general plot and deciding what kind of nasty things might be behind that creaky old door, their primary role is to set targets for skill checks and help players narrate the success and failure of their actions.

Kids on Bikes leans into its rule-lite roots for gameplay. Most everything in the game can be handled with a single, simple roll of the dice. There aren’t labyrinthian modifiers for players to keep up with or THAC0 charts to consult. Players roll and narrate the result. Players won’t find themselves in endless rounds of combat.

In fact, there aren’t any hit points! If players should happen to fight, they roll the appropriate skill and narrate the action based on how well or poorly they rolled against the GM’s target.

Degrees of failure and success matter in Kids on Bikes. If the GM sets the target for 12 and you roll a twelve, you just barely succeeded, and the player and GM need to narrate the success as being as close to the wire as it can get. Rolling higher and lower allows for players to add flourishes and failures to their rolls. Helpful charts are provided to give players and GM advice on how to narrate these varying results.

The game follows the ethos of making failure interesting. Just because a players fails at an action doesn’t mean the game is over. It’s an opportunity for players to open up the creative floodgates and explore different ways to approach the problem. Players are also issued Adversity Tokens for failures. Each token collected can add +1 to a dice roll of their choosing. Having multiple failures can add up if players hoard their Adversity Tokens for a clutch moment.

Another unique feature of the game include the popular crit mechanic of exploding dice. If characters roll the max value of any die, they get to roll again and add the result to the total. Dice can continuously explode if the high result is rolled. This mechanic rewards players with lower skills for giving it the good ol’ elementary/middle/high school try for a difficult task.

Kids on Bikes: Those Darned Kids

For many of us, nostalgia about our childhood is a potent drug, a reminder of a yesteryear that is just out of reach as busy, stressed out, and exhausted adults. All of us can relate to the experience of having a spooky old house down the block or the whispered rumors about the crazy old lady who would stand on the street corner yelling at cars as they passed by.

Kids on Bikes gives players a chance to let their imagination run wild with the possibilities of our past lives, shining a light on the strangeness we always suspected to be hiding there in the dark.

Like Stranger Things, Kids on Bikes manages to capture nostalgia without being a schlocky exercise in glossing over our childhood memories and bastardizing pop culture. It’s nearly perfect in it’s small, unassuming packaging. The strength of the game is that it trusts its players to create a town and gaming experience that caters to their desires. The emphasis on collaborative play makes the game come alive in asking players to bring their own experiences to the table for the sake of the game.

Kids on Bikes offers players a superb playground to set out investigating their own unanswered childhood questions and fantasies about our hometowns, and to have them potentially scare the bejesus out of us once again.

Kids on Bikes is currently shipping to backers and is available for pre-order from Renegade Games.

[Disclosure: Your friendly neighborhood Nerds managed to get our nerdy hands on a review copy of Kids on Bikes from Renegade Games.]

7 Tabletop Rumors (That are Totally True!)

Doctor Who Roleplaying Game Sourcebooks to Spice Up Time…