We are living at what television critics have called #peaktv. In 2015, John Landgraf, the executive of the network FX, took the stage at the summer Television Critics Association’s tour and declared that there was simply too much television and that good shows were being lost in the shuffle.

Since then, #peaktv has been a topic of conversation and discussion. We wonder if this really is the height of television, either in capacity or quality, and what that means moving forward. And with 2016-17 television season having 500 scripted network shows and Netflix producing 71 originals, it is worth contemplation. 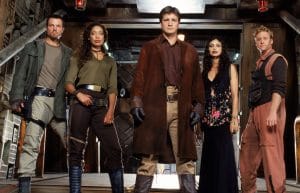 But nerds know that great shows have always gotten lost, sometimes before they can really find their audience. One of the mammoth juggernauts of science fiction, Star Trek, was cancelled from television, before the franchise was rebirthed into a movie franchise, and, eventually, more television. Firefly died a cruel death at the hands of the Fox network before the space cowboy story of Joss Whedon was willed to a finish in the Serenity movie. If you are a fan of nerdy television, you likely bear the scars of something you love having been cancelled before its time.

But this can also be a glorious era for nerds and media as well.

Stranger Things has become an unabashed hit. The 8 episode series tells an amazing story set in the 1980s and, if you haven’t seen it yet, you are deeply missing out. Netflix is getting a lot of credit for making the show and they should. In a real way, Stranger Things is throwback. If it was made in the 1980s, it would have been a 6 hour miniseries on network television.

Instead, current networks didn’t know what to do with the show. It was rejected 15-20 times by networks according to the creator and they asked to retool the show in dramatic ways (Proof that some networks are run by idiots: they wanted to remove the kids from the story entirely!). But instead, Netflix gave the creator the ability to make an oddball show, and with relatively little publicity, it has become a runaway smash hit show.

So, why does the Netflix model work? 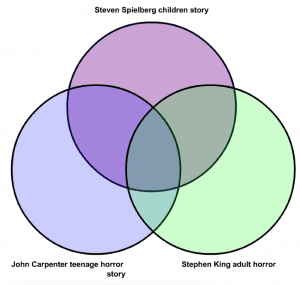 Freedom. One of the digs against Netflix has been that some of the shows it has produced have some fluff, where it feels like the story was dragged out to hit a certain number of episodes. Yet, they gave the creators of Stranger Things the ability to make it the exact right size.

Imagine if Stranger Things had to be stretched out to 22 episodes on a network. It would have hurt the story and impacted of the show.

Netflix can take genre risks. Stranger Things is an oddball show. It has three stories in one, almost with three very different kinds of story that intersect in a bizarre Venn diagram of awesomeness. If there is a show like this on network television, I don’t know about it. And part of what made the viral nature of Stranger Things take off is that you couldn’t easily elevator pitch it to a friend. More than once I simply said, “Just watch the first episode and thank me later.”

Whole things. The Netflix model means that we will always get a completed season at least. Thus far, Netflix hasn’t pulled the plug midway through a project. Instead, they see the project to the end and then put it all up at once. That gives creators tremendous confidence to do what they need to do best: tell your story. Have a start, middle and end and see your vision to completion. And for the audience, it means we get to see that whole thing. 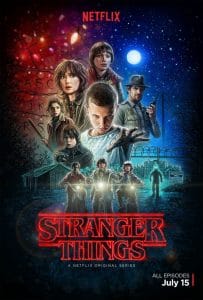 Nerds should embrace Netflix. Their model means that the stories we love, even the bizarre, weird, oddball stories may be able to have an audience and seen through to completion. And, for the first time ever, even networks can’t stop the signal.