Board Game Review: Your City Needs You in Machi Koro

Even though Pandasaurus Games is releasing some amazing new hotness right now, in the form of Dinosaur Island Rawr and Write and Dinosaur World, it’s always important to remember the evergreen games that came before them. I’m talking about board game mainstays that deserve a place on any shelf.

Games like Machi Koro! Even though it’s been out for a number of years, I never got around to playing it until recently. And I have some WORDS to say about Machi Koro!

In fact, I’m going to start writing down those words right now. Somebody stop me!*

*Editor’s Note: I begged him to take out the Mask reference, but he insisted that it stay.

In Machi Koro, players are taking turns rolling dice, hoping to develop a wonderful city complete with four recognizable landmarks. When a player rolls a die matching the number on a building card, that building activates its effect. Everything revolves around coins, which you’ll need to add more buildings to the city.

Order of play is simple:

Play then passes to the next player, creating a fast-paced environment for player actions. Some buildings activate only on your turn, only on other players’ turns, or on any turn. It’s up to each player to optimize their stable of buildings to accelerate their city’s growth.

Once a player builds their fourth landmark, they win the game. Landmarks are static but they can built in any order. This gives players a bit more flexibility in their decision-making.

At its core, that’s Machi Koro! It’s so simple and seemingly shallow, but underneath the surface there’s a depth of strategy just waiting to be discovered.

Staking Our C.L.A.I.M. on Machi Koro

This review covers the 5th Anniversary Edition of Machi Koro, which may differ than the first edition of the game. I’m honestly not sure what all might have changed over the years.

The game comes with a pile of metallic-looking plastic coins, which will be changing player hands throughout the course of play. They’re quite nice, and offer a satisfying sound when clinked together.

Likewise, the cards depicting the various structures are standard quality. It’s exactly what I would expect; perfectly functional and durable enough to last for many, many plays.

My highest marks, however, go to the box insert. Technically it isn’t a component per say, but this is the best section to mention it. Because Machi Koro has been out for several years, there are numerous expansions that you can pick up and plug into your game. The box insert provides ample storage for expansions, which is a huge bonus. I don’t want to pull down five boxes from the shelf to play Machi Koro, and this design lets me take just one!

After playing Machi Koro several times, I’ve found that there are plenty of capable strategies to leverage. You can try spreading your luck across many different numbers, meaning that you increase your chance at a payoff with every roll.

Alternatively, you can focus on building structures of a smaller set of numbers, making your payoffs less frequent. At the same time, you will score BIG on those numbers when they’re rolled.

Since my education background is in math, I would be remiss if I didn’t mention the stats behind the game. When rolling two dice, the highest odds lie with the number 7, following a normal distribution tailing in both directions from there. That being said, once players are rolling two dice, you want buildings in the 6-8 range for the best chance of payoff.

Since everything is dependent on dice rolls, it’s perfectly reasonable that you could play well strategically and still lose. You can also play poorly and end up winning. However, playing well strategically does improve your chances.

My eyes are drawn to the Machi Koro box every time I venture into my Friendly Local Game Store. The art is airy and whimsical, with a clean, sharp look. It makes you wanna live in the city!

When it comes to card design, gorgeous art is nice but it also has to clearly convey all of the necessary gameplay information. Machi Koro excels in this as well. From color-coding the buildings to the simple coin icon, Machi Koro exhibits pseudo-minimalism at its best. 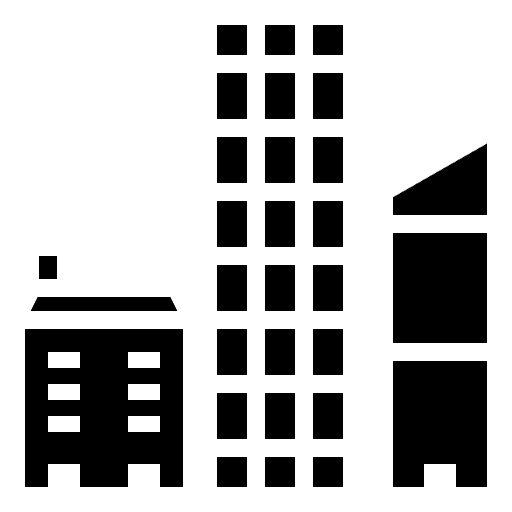 Machi Koro isn’t going to be for everyone. The main mechanic is dice rolling, which I know can be a turnoff for some people. What?! I only have so much control over the game?! *table flip*

I mentioned above that you have control over which buildings you construct, and thereby, your strategy. There are also a number of variants to use for the building market which all give the game a slightly different feel based on what’s available.

The core mechanic is quite similar to something like Catan, so if you like that game you will find similarities here. There are even some “take-that” mechanics to impact other players as well.

This is where Machi Koro can swing wildly in two directions. When the dice are rolling in your favor, you feel like you’re on top of the board gaming world! It feels good to get coins, spend coins, and watch your little city grow.

On the other hand, you can fall behind if the early dice rolls aren’t landing for you. There’s definitely a runaway leader problem that can escalate if players don’t combat the leader by building the red structures. Although, those buildings affect all players so it’s not really a guaranteed solution.

For the most part, however, the rate of play makes Machi Koro fun. It plays quickly enough that if one game doesn’t go your way, you can easily reset and play again. Which you’ll want to do!

With a game that plays so easily, I wasn’t sure that Machi Koro would deliver. Well, let me stamp that out right now: it does. Being able to teach a game in under ten minutes and start playing is a huge boon, and players feel like they’re making meaningful choices in their building selections.

Therefore, without any more pageantry, Machi Koro is awarded with the Nerds on Earth Seal of Awesomeness. It’s a fantastic game that I’m anxious to pick up the expansions for! There’s even a Legacy version of Machi Koro that I’m itching to try.

Also, we’ll whip up a graphic for that award someday, just know that it’s quite prestigious!

You can pick up Machi Koro directly from Pandasaurus Games or you can check at your Friendly Local Game Store! They most certainly have it.

[Disclosure: Nerds on Earth was provided a copy of Machi Koro by Pandasaurus Games in exchange for an honest review.]