The bar for board game quality is set high these days. Very high. There are few games that make me drop my jaw when I open the box, since there are so many good-looking games around. That is, until I cracked the box for Skora. Needless to say, I was impressed.

But I’ll save my gushing for the review below!

Skora is a simple hand management, area-control game about moving boats around to claim the best fishing holes. And, if you literally play your cards right, you’re going to end up with the best of the day’s catch.

So strap on those waders and grab an oar because we are going fishing!

Skora is played in two phases.

Players add up their points based on their Catch and Decree cards, with the highest scoring player being declared the winner.

This is from Inside the Box Board Games’ Lunchbox Games series, which are games designed to be setup and played quickly over a lunch break, and work well with two players. If you look closely at the Skora box, one of the sides is designed to look like a handle, as if the entire thing is ready to store PB&Js. Quite clever.

Staking Our C.L.A.I.M. on Skora 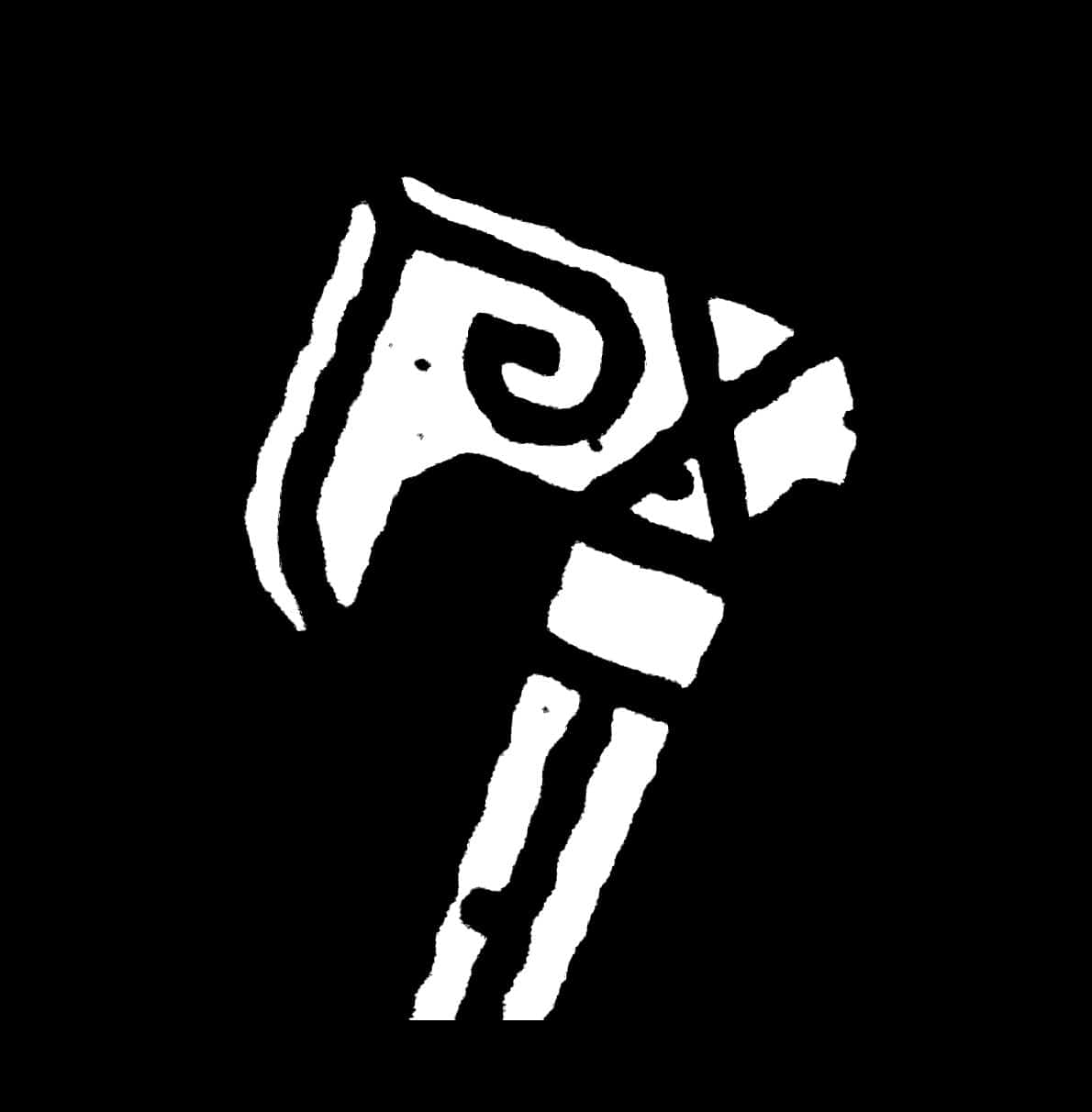 Finally, I can talk about the component quality, and why I’m very impressed with Skora‘s presentation. It’s not that anything is revolutionary or mind-blowing, but it’s that every aspect of the game is designed intentionally and produced to the highest standard.

The box isn’t two halves, like a top and bottom like you would expect. Instead, it folds down over itself, completely connected. In fact, it’s very similar to how your standard Marvel licensed lunchboxes might look. It secures with a magnet underneath the cardboard.

Right off the jump, you can tell this is a small game with only a few components – cards, wooden boat meeples, and some cardboard pieces. Each one, however, is incredibly well-done.

Let’s start with the cardboard pieces, which include the axe tokens and the area-control space. They are THICK. Seriously, these pieces have a heft to them that leads me to believe they will stand up to even the fiercest abuse on a Nordic-themed game night. It’s completely unexpected that these would be practically ‘over-produced’, but it signifies the publisher’s appreciation for quality.

The cards are also exceptional, with their matte finish printed on sturdy stock. I almost don’t want to put sleeves on them because they feel so comfortable to play with. In the end, I’ll probably sleeve them though to protect the aesthetic.

Lastly, the wooden boat tokens seem nondescript with their pastel-adjacent coloring. Again, there’s more than meets the eye here. Each color has a distinct pattern on the sail, making sure that the boats are distinguishable and color-blind accessible. I’ll reiterate the intentionality of the design, and how it sets the bar high for other games.

Just because your game only has a few components, doesn’t mean that you should skimp on quality. With Skora, it appears that no expense was spared. It’s awesome.

At first glance, Skora seems relatively light in the strategy department. You know at least three cards that each player has in their hand, and all of the rest are going to be the higher-point cards (valued 4-6). However, the secret Decree for each player definitely mixes things up and creates variability from game-to-game.

The other aspect of the game that I really enjoy is the moving of the boats. Each of those higher-value cards (minus the Great Swordfish) has an ability that allows you to move one of your boats clockwise or counterclockwise. The cards use anticlockwise, as this is a UK-based company.

This allows you to weigh the advantage of getting all of your boats out early, and focus on moving the Catch cards around to different areas, or wait until most of the fish have settled to place your boats. You can also move one boat to an adjacent area each turn, so there is some extra value to getting those placed in the first few turns.

Additionally, if you play a card on top of the same color card, you get an axe token. Which, ironically, are practically as heavy as a real Viking axe, thanks to the ultra-thick cardboard. Axes are only used to break ties in determining the majority holder of each area.

I think it would be nice to have other uses for axes. In a two-player game, I found that we were racking up piles of axes in front of us. You’re incentivized to not let your opponent get ahead in axes, so you tend to play cards that match colors to make sure you acquire enough of them.

There’s definitely a strategy there, in that gaining an axe may be a sub-optimal play for your overall goal if there was a better card you should have played. It’s a trade-off, and I understand that keeping the game quick to learn and teach is one of the order winners with Skora. Adding in axe actions might increase the complexity more than what is desired with a lunchbox game.

The simplistic Nordic style and motifs are eye-catching. They’re fish-catching too if you tear yourself away from the artwork to actually, you know, play the game.

The artwork tends itself well to the theme, creating a cohesive overall package. If you’re wandering the shelves of your friendly local game store (FLGS), Skora will undoubtedly be a box that you notice immediately.

If I had to choose one part of the design to critique, it would be on the yellow boat components. Because of the pastel-tone of the boat, the white lines on the sail are difficult to make out. It’s a minor thing, and doesn’t really impact my overall love of the aesthetic.

So who is Skora made for? I’ve already mentioned its purpose of adding a bit of fun to your lunchtime routine. It’s simple enough that you can teach it and play a round in about a half-hour for a two-player game. Obviously your mileage may vary depending on who you’re teaching and if you have a full table of four.

Players will be drawn to the game thanks to the easy accessibility of the mechanics. The concepts of matching colors, placing boats, and moving boats aren’t difficult to understand. On the other side of the coin, players will also appreciate the depth of strategy that comes with managing and controlling the three areas. With four players, SOMEONE isn’t going to get a majority.

And, of course, the general aesthetic will be enough to convince people to give Skora a try. Due to the fish on the cards and the boat meeples, the connection to the theme is strong enough to be a factor.

I will say that sitting down to a game of Skora with four people creates a much different experience than playing with just two. There are only three areas to fight over, and so there’s a tense feeling that comes with trying to get just enough boats in each area to get your top choices of fish.

With just two players, the tension is still there, but it doesn’t feel as prevalent. It’s much easier to keep track of what cards each player has, because there’s only one not in use (and you can see half of them). In that sense, the game seems to be won more by the Decree, which is the real hidden information.

I write a lot about how the connection between theme and mechanics is important to me and how I experience a game. One thing about Skora that I really enjoy is how the fish migrate around between the areas. I can envision schools of fish getting startled by the arrival of a trio of fishing boats, or being attracted to a food source in another area.

Fishing is still a big part of Scandinavian culture, and overall I think that the design choices reflect the idea of getting a big, aquatic score. See? I’ve been brushing up on my Icelandic.

Skora: Should You Bite?

At the end of the day, I really enjoyed Skora. The constant movement of cards and boats around the areas is quite appealing, and requires some unique strategic considerations. If you’re looking for an optimization problem, a two player duel would help scratch that itch, while a full table of four offers a dash of unpredictability.

Plus, I’m a huge advocate for games that can be setup, taught, and played in a short window of time. For that, Skora gets high marks. Oh, and the aesthetic and component quality is exceptional.

For these reasons, I’m willing to award Skora with the Nerds on Earth Seal of Awesomeness. It’s definitely a game that I will keep front and center on the shelves for its beauty, and for a fun filler between heavier games.

Disclosure: Inside the Box Board Games provided Nerds on Earth with a copy of Skora in exchange for an honest review.

Recap And Review Of The Mandalorian, S2E7: Chapter Fifteen, “The Believer”