By Abram Towle On May 18, 2021 Last updated May 10, 2021
Share TwitterReddItPinterestFacebookEmailPrint

The reputation of Stonemaier Games warrants a look at every game that comes out of their offices. Let’s preface this by saying that I’m a fan of most Stonemaier games, but not all of them have landed for me. As such, I still take a measured approach to their games, and try to come at that from an unbiased lens.

And so, I approach their latest game, Red Rising, in the same light! Based on the book series of the same name by Pierce Brown, Red Rising features the colors of a dystopian caste system as players optimize their hand of cards to earn the most victory points.

Red Rising is designed by Alexander Schmidt (II) and Jamey Stegmaier, with art by Jacqui Davis, Miles Bensky, and Justin Wong. It is published by Stonemaier Games.

Let’s dive in and see how it plays!

The core mechanics of Red Rising are quite simple. Every player starts with a hand of cards. On their turn, a player has two choices:

There’s a huge draw to always Lead on your turn, otherwise you’re missing out on potentially two benefits. This simplifies the decision-making to an extent, but with 112 character cards in the game, you’ll still have plenty of analyzing to do.

The bonuses on the locations will grant positions on the Fleet Track, Helium tokens, Influence, or the Sovereign token. This is important because the game ends when these three conditions are met by any combination of players, or when a single player has accomplished two of them:

Once these conditions are met, players continue taking turns until everyone has taken the same number of turns. To score, players add up points from the global parameters, and then score points based on the cards remaining in their hand. Whoever has the most points wins the game!

Staking Our C.L.A.I.M. on Red Rising 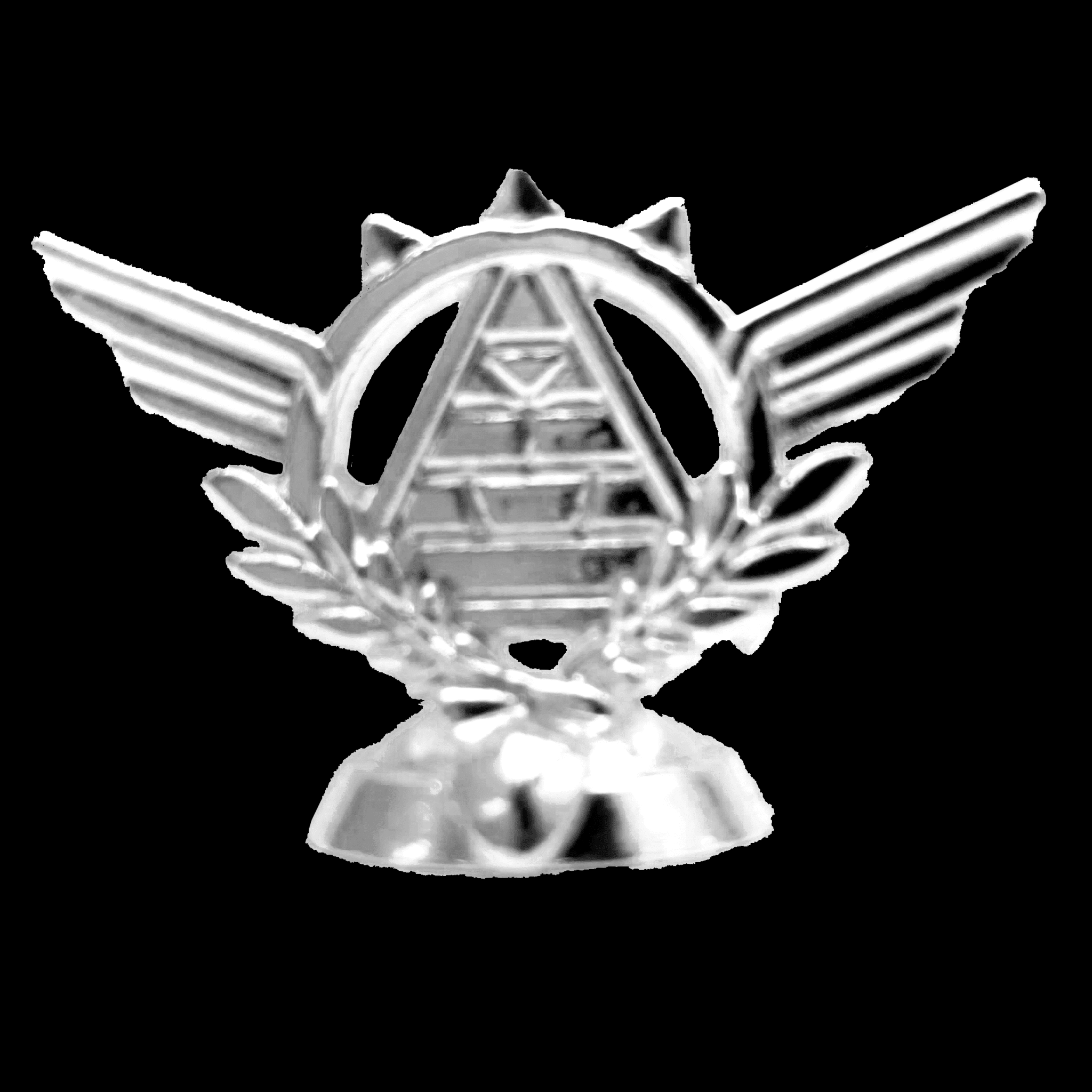 If there’s one thing that Stonemaier Games does really well, it’s component quality. The past few game releases (Tapestry, Pendulum, and Red Rising) have opted for a linen finish on the rulebook, which is a subtle characteristic that elevates the quality considerably. Nothing feels flimsy; cardboard components like the board and House tiles are thick and solid, just as they should be.

I’m equally impressed with the presentation of the Helium tokens. They get stored in a plastic wolf, which is the symbol of House Mars. Honestly, the wolf container gathers the Helium tokens in a way that really makes them pop on the table. Without it, I don’t think the game would have the same table presence that it does. In a lot of ways, card-based games can be hard to garner the attention of passerby, but the inclusion of the wolf tray is sure to turn heads.

Obviously, I’m a big fan of the metal cubes and tokens that come in the Collector’s Edition. Not only do they have that satisfying, tactile heft, but the metal makes them much more fun to fiddle with while you weigh your options each turn.

And of course, I would be remiss if I didn’t talk about the cards, since this is – you know – a card game. Overall, I think they’re great. Again, this cards aren’t going to be blown over in a stiff breeze. Unless they’re in the card holders. It hardly takes any accidental movement at all to knock over your entire row of cards. Some people have glued metal rods on the bottom of the holders to help them stand up better, and I’d chalk that up as a necessity if you plan to use them.

Up above, I already mentioned one bit of strategy in the Red Rising board game, which is that you’re primarily going to be taking the Lead Action on your turn. I also posed that with the caveat that you’ll still have plenty to strategize about during your turn.

It took a couple plays for me to get a handle on the strategy behind the gameplay. For one, there are so many cards that when you’re playing for the first time it’s really difficult to evaluate what cards are good and what cards are better. There’s just no way of knowing. You will be able to quickly pick up on the idea that each card color tends to have a theme. For example, Gold cards are focused on balancing and the Red cards usually deal with Helium.

At the beginning of the game, you mostly want to consider the top portion of your cards where the Deploy benefits are located. However, you can’t entirely ignore the bottom half, which may list out bonus end-game points depending on what other cards in your hand. And, since you can only play one card per turn, you are constantly valuing each card in comparison to the others.

This strategy all boils down to this: do you want this card in your hand at the end of the game? If not, then it should be on the chopping block to be played. Depending on what cards the other players lay, you should be ready to snatch up cards if they’re available on your turn. There is little chance they’ll be available by the time your next turn comes around. You will, however, see the same card played multiple times by other players, so there’s a chance that your long-lost love will be available once again.

Red Rising does suffer from an analysis-paralysis problem. You could spend all day doing a cost-benefit analysis of what card you should play, paired with the statistical odds of specific cards or colors being played or drawn. The point to consider, however, is that you won’t see all of the cards over the course of the game, and you can’t necessarily rely on specific cards to be played.

My advice is to remain fluid in your decision-making. Let the cards guide you towards which objectives you should be pursuing. There are plenty of reasons for the deep strategists to enjoy Red Rising, but every game will play differently than the last.

The Red Rising universe is centrally-focused on their color-coded caste system. Likewise, the game showcases colors in a brilliant way. As cards are played, so much color is placed on the board. This creates a really pleasing kaleidoscope effect as the locations get filled up.

Likewise, the character art is incredible. Every card depicts a person in this universe, and they’re all unique and intriguing. I also really like how each card emphasizes the various hues of its respective color. Even the background corresponds to that color, meaning that it’s quite easy to scan the board and mentally note which color cards are represented on top.

Now, from an accessibility standpoint there are a lot of well-founded concerns about color blindness. With 11 different colors, it’s difficult to have them all be easily recognizable to those that have trouble distinguishing various hues, shades, and tints. Each card has subtitle text at the top that says the card’s color, but it’s not necessarily prominent enough in my opinion.

Overall, I really like the vibrancy of the game, the iconography, and the character design. The entire package is cohesive and wonderful to take in. However, keep in mind that I don’t think the game is accessible to everyone from a color-differentiation standpoint.

I haven’t read the Red Rising novels, so I can’t speak on the game’s accuracy to the theme. I imagine that all of the characters depicted in the game, particularly the named ones, are characters from the series. So from that angle, fans of the Red Rising books are sure to find some very recognizable faces in the deck.

For me, as an outsider to the universe, I can appreciate the attention to detail on each of the characters. At the same time, however, it’s difficult for me to make a connection between the theme and the mechanics. I’m placing characters at different locations but then recruiting characters from other locations. And that somehow gives me bonuses or standing with that location, either with Jupiter, Mars, or the Institute.

Thematically, I’m assuming that a lot of the end-game scoring bonuses make sense. Like getting bonus points if two specific characters are in your hand. Within the universe, I’m sure that makes a lot of sense.

The game mostly feels like the theme is just sort of missing the mark just a bit. The presentation is excellent, but I’m missing the story reason for why we’re going through the motions as players. I think a little blurb in the rulebook would go a long way in connecting those mental dots for me.

Despite all of the analysis that players can do, Red Rising plays relatively quickly with a table of experienced players. Eventually, people settle into their strategies and you can tell which people are trying to max out the Fleet Track or which ones are spreading the love across all the global parameters. In a way, those parameters serve as a nice little clock so that you can visibly see how close the game is to ending.

There is also a nice bit of tension around the idea that everybody is playing cards and taking them from a common board. You’ll see a card and think, oh yes, please let that come my way! And then, right before it’s your turn, someone else snags the card right off the board. It’s a satisfying ebb and flow of hope.

It’s important for everyone to be able to reasonably see the board, which can be a problem where everyone at a table of four is straining their head to see the cards. In this way, I think that the game would be more difficult to play with a full table of six, because two people will probably be looking at the cards upside down the entire time.

Regardless, the game gives off an interesting feeling where you want to play everything and keep everything in your hand. It’s a game about risk-taking, planning ahead, and sprinkled with just the right amount of luck.

Red Rising: Rising to the Occasion!

I came into Red Rising not knowing what to expect. Whenever a game is based on an existing lore or universe, it’s sometimes difficult to immerse yourself in the world. Not only are you learning a new game, but you’re also trying to submerge yourself in the fiction.

Overall, Red Rising is fantastic. If you’re a fan of the novels, I’m sure that the theme strikes more true than it did for me, but I really appreciate the simplicity of the mechanics. It makes Red Rising much easier to teach compared to some of the other Stonemaier titles. Even so, there’s plenty of strategic depth to be found.

If Red Rising sounds like a game you might like, you can find yourself a copy over at the Stonemaier Games website, here. Or, check out your Friendly Local Game Store to see if they have it in stock!

Disclosure: Stonemaier Games provided Nerds on Earth with a copy of Red Rising in exchange for an honest review.

Board Game Review: Get Jurassic with Dinosaur Island: Rawr…