When I was around six years old, my parents got me one of those kits where you can draw something and then transfer it onto a plastic plate. At the time, I really wanted to be a professional race car driver, so I drew a crude version of me wearing a helmet by my own personal speed machine.

Now, that idea may not have panned out, but I can still relive that dream by playing Downforce, designed by Wolfgang Kramer and published by Restoration Games! I mean sure, I don’t get to fly around a track at breakneck speeds, but that’s probably better for my insurance rates anyway.

This review focuses on the new Target edition of Downforce, which clocks in at a respectable $34.95 MSRP.

Most of the vital components are unchanged; the game board and cars are the same that you’d find in the hobby version of the game. The main difference is that Downforce Target includes 6 power cards that add some fun abilities to the racing shenanigans.

How’s it play? Let’s drive into it!

Downforce is played with three parts:

The majority of the gameplay occurs in the Race portion. Once a speed card is played, it is discarded and won’t be returning to play. Players need to manage the speed cards in their hand correctly if they want to take home the gold.

Additionally, power cards will have a perpetual impact on the Race’s outcome. Each player gets a single card, which allows them to break the normal rules in some way. For example, the Patient power allows a player to move through other cards when playing their Speed-8 card. Normally, you need to duck and weave cars through the traffic jam on the track.

After the race cars cross the finish line, players determine which of their bets actually paid off. Correctly guessing winners at the first betting line are going to pay out much higher than those placed on the second and third betting lines.

Players also earn money based on the placement of their personal cars. Placement winnings are added to the betting winnings, and then the auction total is subtracted from that sum. Whoever has the highest total net winnings wins the game!

There are options to make the game simpler for first time players, a two-player variant, a long-distance race, and a world tour game. This adds several different ways to play the base game of Downforce. If you are looking for more high-octane action, however, you may consider picking up the Danger Circuit or Wild Ride expansions. Both offer new tracks with their own sorts of challenges.

Staking Our C.L.A.I.M. on Downforce 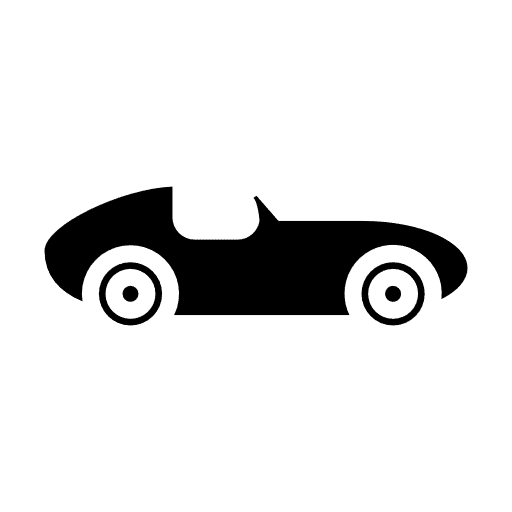 Just a quick reminder that this is the Target edition of Downforce, but the components should be identical to the hobby version of the game.

The race cars are the star of the show in Downforce. You get cars in six different colors, which are prominently on display through a plastic window on the front of the box. It’s a super smart presentation to place the emphasis on the cars right from the start. I am slightly disappointed that the wheels don’t spin on the cars, but I’d imagine that they might slip a little on the game board anyways.

Speaking of the game board, it’s a big one! Each side boasts a different track; you can zip around the constant corners of River Station or fight over the narrow real estate in Marina Bay. It’s a solid board with well-wrapped edges, which is desirable since there will be components constantly sliding over its surface.

The various cards are relatively standard in quality and design. Accessibility-wise, the color names are written over the top of each color, which should help limit any color blindness issues.

I’m also glad that the score sheets are double-sided, which means that you’ll get 10 plays out of the game with a full table before running out. You can always download more sheets to print at home from the Restoration Games website. Alternatively, the Restoration Games app provides a digital scorekeeping sheet if that’s more your speed.

I’m not really a huge fan of the box insert. Functionally, it works really well with a snug spot for the cars, scoresheets, and race cars. However, in order to access the game board and rules you need to completely remove the insert from the box, if you want to keep the race cars in full display from the front of the box. If you don’t care about that as much, then it’s a non-issue.

Downforce yields plenty of strategic decisions through all aspects of the game.

In the auction phase, every player is going to end up with at least one car. Right away, this means that you are focusing on getting your car to the finish line. However, if the beginning of the race doesn’t go well – maybe because you get stuck behind a line of cars or other cars get a huge lead – you can spend more time focusing on getting other cars to win that line up with your personal bets.

Since you’re usually moving multiple cars with each card played, you can be deceptive by getting other players to think you’re rooting for certain cars. Maybe you strategically move the green car forward, blocking off the road to cars hoping to pass. This can help take heat off the car you really want to win, or give you an opportunity to catch up to the leader.

Some people have discussed that Downforce has a runaway leader problem in that it’s hard to catch up to the car that’s in the lead. Just betting on that car seems to be the best option toward winning, but having your own car place highest is going to yield the most points for you. If everyone bet on the first place car in all three rounds, the owner of that car would usually win depending on the amounts spent during the auction.

I agree with this to some extent, but I’d also argue that both tracks have chokepoints that can be used to stop other cars from advancing. Even sections of track that are two-wide can be blocked with the right timing of card play.

In our various plays of Downforce, I found that most of the time there was ample opportunity for other cars to take over the lead. It’s all dependent on players acknowledging that the current leader should be hampered as much as possible, which helps keep the race tight.

I’ve already talked about how the window on the front of the box works incredibly well from a design perspective. Everything in the game screams racing, punctuated by the checkered flag motifs and helmeted drivers.

The game board has clearly defined spaces and simple, near-minimalist artwork. All in all, Downforce is very clean and contemporary in its presentation. The style of racecar is one that Formula 1 fans will find familiar, and I actually like pressing down on that back fin to pop some wheelies.

If I had to offer one suggestion, I think that the unused checkerboard space of the insert could easily be remolded into a sort of podium to proudly display the top 3 winning cars at the end of the game. We’ve just been putting the cars up there anyways, but a little depth would be really cool! There are placement spaces on the game board, but I’d still like a podium!

Downforce is made for people who like racing in general, but even people who aren’t necessarily drawn to the sport can find something to enjoy here.

If you’re a fan of a friendly wager or two, or if you like playing Nostradamus, then you’ll find comfort in the betting mechanics. You get to bet three different times! Yes, it’s true that the later rounds have diminishing returns, but honestly you’ll get the same sort of treatment in Vegas.

Gameplay is very simple and intuitive. By requiring cars to move from top to bottom on the speed card, Downforce also removes a lot of the ambiguity and analysis paralysis that might occur if you could move the cars in any order. The same thing is accomplished by establishing car ownership at the beginning of the game as well.

Once players are comfortable with the game, you can complete Downforce in about a half hour. In that way, the game lends itself well to fit solidly in your game night schedule. If you just want to play once, the setup and teardown is quick enough for a longer ‘filler’ game. Or, if you want to make an evening of it, set up your own Grand Prix by stringing multiple games together!

The game emulates that feeling of jockeying for the pole position really well. That is, with every card played, the ordering of the cars changes quite chaotically. You can sort of plan your turn in advance, but generally the gamestate can shift in a big way after a single card is played.

Because of this, Downforce isn’t what I would consider to be a relaxing game.You need to take advantage of openings and strategies immediately, and you’ll be on the edge of your seat as you hope your car can pull off the victory.

And words will be had! People will vent their frustration when you block off a lane or help another car pull ahead. It’s especially disheartening when betting occurs and then the leader is overtaken immediately. But at the same time, you feel really good when you pull off such maneuvers for yourself!

I love the hectic nature of the game, and the stress that builds as you get nearer to the finish line. Can you overtake the leader? Can you retain the lead? Can you mix things up? The best part is that you don’t have to win the race to win the game! And when it’s all over, you can finally let out a sigh of relief as you hoist that championship trophy.

Downforce: Top of the Podium!

I haven’t played many racing games like Downforce, and I have to say that I’m really impressed. I’m also surprised that it took me this long to get a copy to the table, considering that the base mechanics of Downforce were developed by Kramer way back in 1974 with the game Tempo. The racing theme really helps take the concept to the next level.

And now that we’re at the finish line of this review, I’m happy to announce that the latest winner of the Nerds on Earth Seal of Awesomeness award goes to…Downforce! And, now that it’s in the mass market space via Target, so many people are going to get their hands on this wonderful game.

So rev your engines and bring out your crystal balls, because Downforce is the pace car for all other racing games!

Disclosure: Restoration Games provided Nerds on Earth with a copy of the Target edition of Downforce in exchange for an honest review.

Board Game Review: Get Jurassic with Dinosaur Island: Rawr…