I’m in the middle of a significant board game collection purge right now. This means culling the collection and streamlining it down, primarily by primary mechanic. At the same time, I’m reviewing games and picking up promising titles, hoping that I can bump some long-standing leaders from their perch. Wild Space, a board game designed by Joachim Thôme, illustrated by Amélie Guinet, and published in the US by Pandasaurus Games, will definitely give some titles a run for their money!

There are a few different mechanics at play in Wild Space, but it showcases all of them equally and well to create a tight-fitting, concise game. And that’s one of the things I love about it; the game checks a lot of boxes if I’m craving specific types of gameplay.

Also, there aren’t many rhymes that work well with wild, so please forgive my title pun. Thanks.

In Wild Space, players assume the roles of Starship Commanders exploring the far reaches of the Galaxy. The goal is to earn the most credits by assembling the most savvy crew and accomplishing missions set forth by your Emissaries.

On each turn, players have two options:

Players mark off their actions with spaceship tokens, adding in a pseudo-worker placement mechanic. The difference between Wild Space and other worker placement games is that you only ever get each sector action a single time, so you need to make the most of each and every placement.

Taking actions allow players to draw cards from the face-up Crew row or play cards from their hand. Some cards and actions have conditions that must be met before being played or before that action can be taken. For example, you may need to discard two cards or have crew with a specific occupation.

This means that aside from just finding cohesion within your Crew, you’ll also need to prioritize cards that will allow you to take the more powerful actions available. Or, maybe that’s just a distraction that’ll keep you from playing your most combos.

Combos are a part of the game, because you can chain cards together that have effects when they are played. This could allow you to play a bunch of cards in the same turn, which can really help swing the game in your favor. Every time I’ve played, I’ve been able to lock-in on 2-card combo, but it’s the 3 or 4 card combos that really make you feel like an accomplished space commander.

Once everyone has taken 10 turns, the game ends. The implementation of this is actually quite elegant, because everyone will end up with all of their spaceships used and in the Exploration area of the planets. It’s a nice way to count the turns without actually counting the turns.

At the end of the game, scores are calculated on the following criteria:

Whoever scores the most points is the winner!

Staking Our C.L.A.I.M. on Wild Space 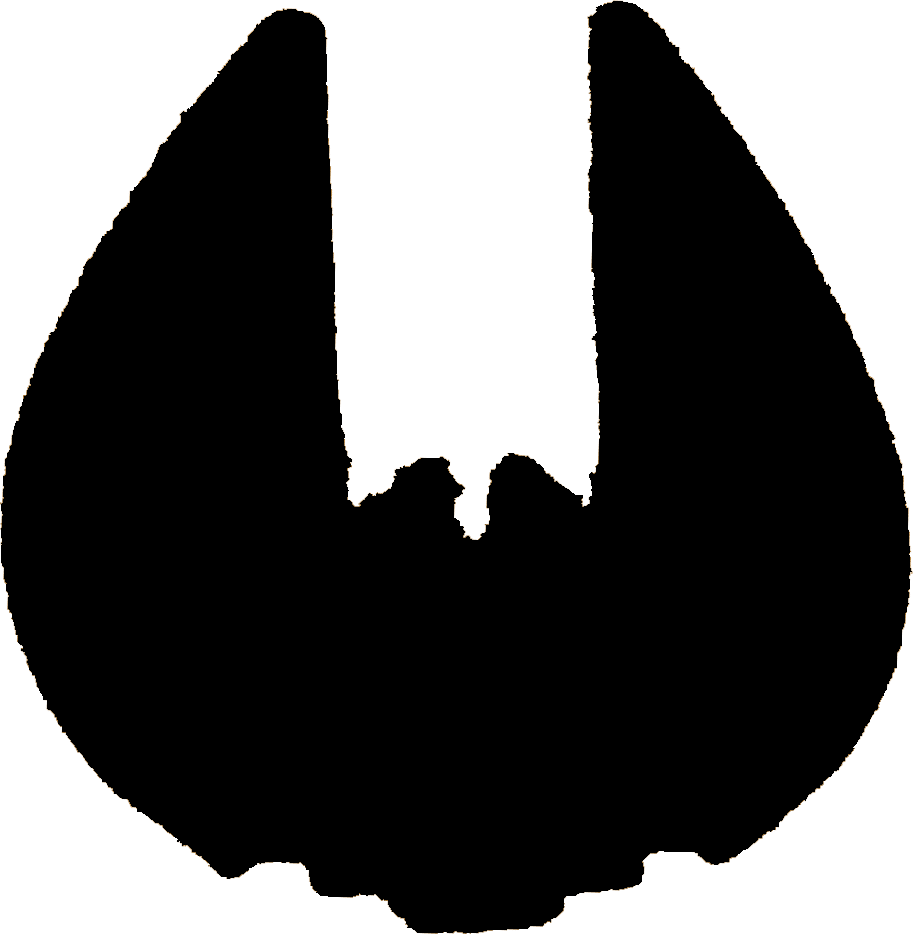 Overall, I’m quite happy with the component quality in Wild Space.

As a card-based game, it’s important that the cards are able to stand up to constant use and shuffling. The square-shaped cards are plenty sturdy and have held up well to my savage form of shuffling. You can definitely riffle shuffle these cards, but you’ll likely have to take it in two separate stacks and combine them together.

The Planet tiles are nice and hefty, providing a suitable landing pad for your wooden spaceship ‘meeples’. The spaceships are in bright colors and should be distinguishable around the table. You could also have players orient them a certain way or stand them up if you need further help differentiating between them.

Lastly, the scoresheets, albeit tiny, are really the exact size that’s needed for this game. Although I wish that they were double-sided to last twice as long and be more sustainable, they have a small footprint that balances it out. The other thing lacking in the scoresheets is a good way to score out solo games against the Smuggler. You can just repurpose the rows for it, but it would be a nice quality of life adjustment.

Strategy plays a big role in Wild Space, because you really need to plan out a few different aspects of the game.

First, you need to be aware of your Crew size. the first person to hit 3, 6, and 9 Crew will open up the corresponding planets as places you can visit with your spaceship. If you let someone else open up a planet, it gives you a slight advantage because you’ll have the opportunity to place more spaceships in those planets, which tend to have more powerful actions.

Secondly, you should also be constantly checking out the ever-changing Crew row to build card combos. Every card that you pick up should have a purpose. Now, that purpose could just be that it will be discarded, but be aware of what your cards do and how they interact with others to maximize your cards played. After all, the more Crew you have, the higher chance you have of hitting those scoring thresholds.

The Veteran bonus is a third thing to keep an eye on. You certainly don’t need it to win the game, but it’s a hefty point value that can certainly make the difference in a closely-fought battle. Veteran cards don’t give any other benefit besides being Veterans, which makes them inherently less appealing. However, you can use them as the end of a combo chain to move up your Veteran marker and have an additional Species card in your Crew. Robot Veterans are the gold standard because they give you point bonuses on top of the Veteran marker movement.

You only have ten moves! Use them wisely. This is something I really enjoy about Wild Space, because it forces you to act quickly and deliberately. Sure, you can spend all game trying to pin together the best 6-card combo. While you were working on that, the rest of the players put out a bunch more cards. It’s a balancing act between pushing your luck and being content with what you already have on the table.

The art style and layout of Wild Space is superb. The contemporary vectorized animals are a delight to look at and all of the cards are vibrant and bright. I really appreciate how the background of the Crew cards changes depending on the occupation. It makes the world feel more lived-in and believable.

Iconography and readability is consistent across the entire game, and it’s really intuitive to understand what everything means. Red X means you discard. Green checkmark means you need to have it as a condition. Boxes represent cards. Hand holding a box is a hand drawing cards. Even with the square cards, nothing feels like it was crammed in last minute or like it’s begging for space. My hat goes off to the design team because it’s a perfect example of functional and aesthetically-pleasing card design.

So who is Wild Space designed for?

A game plays really quickly, clocking in under an hour. This is, of course, thanks to the nifty ten-action design. That means that you’re never surprised that the game ends because it doesn’t happen suddenly at all. You KNOW when it’s going to happen so you better be prepared for it.

Like I mentioned above, Wild Space has a lot of mechanical interest depending on the types of games your into. You’re getting a delicious blend of the following:

Now, it might seem like a big amalgamation stew of mechanics, but they really do end up working really well together. It’s also not overwhelming to teach, again thanks to the simplicity of the design. You can only do two different things on your turn, which really limits the analysis you have to do to make the ‘best’ move.

People who enjoy combos will really like this game because I feel like that’s ultimately the core mechanic. Yes, you score points based off your set collection, but the best feelings in the game are when you finally get that combo to pay off.

I also really like the Emissaries giving additional Missions to work towards throughout the game. It makes each game feel unique, because you’re never quite balancing the same requirements. The variable setup adds an extra layer in this sense as well.

Solo gaming is a big chunk of my gaming time, and the Smuggler mode of Wild Space is decent enough. It plays best with other people, but you can still get that indirect interaction as the Crew row does get manipulated by the AI. I’d recommend playing on the harder difficulties, which will make the race a lot tighter.

If you like the space theme and the idea of recruiting Crew members to your team, I think that the theme is quite fitting for Wild Space. Because of how quickly that the Crew row is being changed and repopulated, it actually feels like your cycling through a never-ending list of resumes of highly-qualified candidates. The catch is that these candidates are in demand, so you need to hire them when you get the chance.

This frantic race over the Crew is balanced by the calm placement and sliding of the spaceships on the Planets. It’s an interesting juxtaposition that simplifies the idea of space travel is a smooth, abstract kind of way. And once you arrive at your destination, the frenzy begins anew!

Wild Space strikes a fine balance between finding the right Crew members and sending them off on other tasks via the discard pile. You find yourself wanting to recruit a high percentage of the Crew members in the row, but you simply don’t have the actions or the time to do so. It’s a game about trimming the fat, and running a tight, lean spaceship.

Wild Space: Take to the Stars!

I really, really like Wild Space. It’s the kind of game with a wide appeal and exceptional design that makes it something that I can bring to any kind of game night. Hardcore Eurocentric gamers who dabble in 3+ hour epic marathons of a single game? Let’s put those combo skills to the test. Gamers who just want to experience the social aspect of enjoying good times with great friends? We can happily chat while we assemble an awesome Crew. And new gamers who aren’t sure of where they should even begin with the hobby? Exposure to a bunch of mechanics in a tight package serves as a fantastic gateway.

It seems like I’m always saying this about Pandasaurus releases, but I’m excited to aware a Seal of Awesomeness award to Wild Space! It’s contemporary gaming at its finest, and I’m appreciative of the attention to detail that went into the functional and visual design of this game.

You can pick up a copy of Wild Space through Pandasaurus Games directly, or look for it on the shelves of your Friendly Local Game Store (FLGS)!

Disclosure: Pandasaurus Games provided Nerds on Earth with a copy of Wild Space in exchange for an honest review.

Board Game Review: Coach Creatures and Create Concoctions with Brew!

Board Game Review: Take to the Peaks with Summit: The Board Game!

Board Game Review: Take to the Peaks with Summit: The Board…